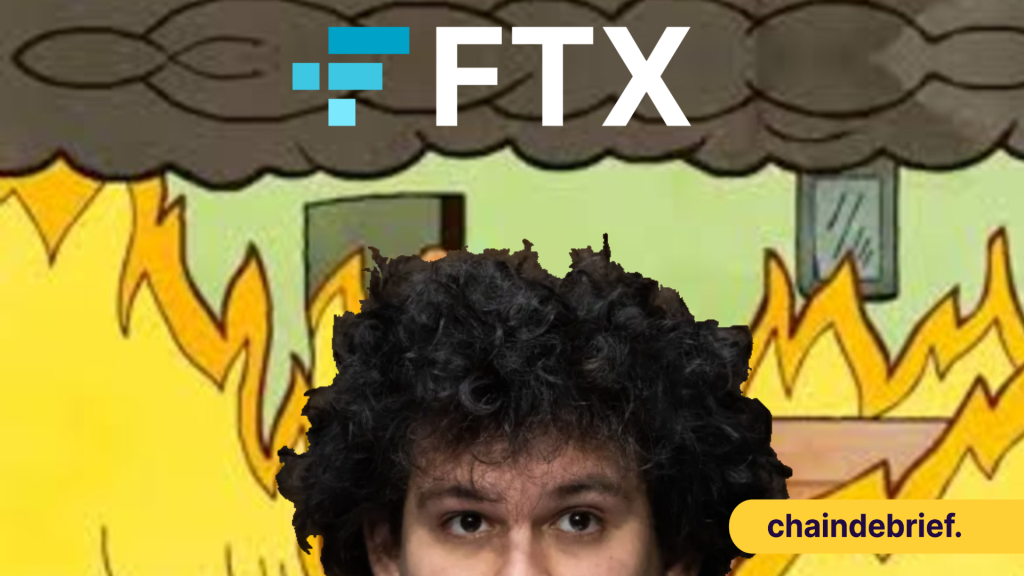 The FTX bankruptcy filing by the courts is out. While the 30-pager might be a signal to the final episodes of the FTX saga, upon closer inspection, the inner workings contained within this report shed light on complete “dishonesty and incompetency.”

In the case of FTX, who filed for chapter 11 of bankruptcy earlier this week, which involves a reorganization of a debtor’s business affairs, debts, and assets, which is known as “reorganization” bankruptcy.

The 30-pager affidavit is a comprehensive summary of how the entity got to this point and why it’s requesting relief via corporate restructuring.

We look through the worst examples and highlights within the court filing; what lies within is far worse than you ever imagined.

Before we dive into all the juicy details, SBF stated his biggest regret, claiming everything would be 70% fixed now if he had not listened to “everyone.”

FTX had little to no cash management system. This statement reveals that the FTX management had no idea how much cash was on hand at any given time or even where the cash was allocated/placed.

Here are FTX’s cash records; they have roughly $564M in cash right now.

FTX audited in the Metaverse?

FTX hired a metaverse audit firm to audit their financials. Especially for their Dotcom arm, it was audited by the “first ever CPA firm” in decentraland’s metaverse.

While John Jay Ray has heard of the FTX US auditors, he also mentioned that they are only best known for their office is in the metaverse, not anything prominent in their field of work.

The audited financials cannot be trusted properly, or some can’t even be found. Bascially, the FTX group did not have an accounting team.

No idea who the employees are

FTX did not keep a proper record of who they employed, nor did they have a list of employees and what they all did.

Their employees and contractors co-mingled throughout the different countries without proper documentation of how they spent their time.

“Certain presumed employees to confirm their status have been unsuccessful to date,” tells us that some employees could be fake.

Imagine not having a proper system for getting your salary, that is, how FTX operated with their employee’s salary.

Supervisors in FTX are also said to accept and reject reimbursements with an emoji. 🙃

FTX is using your money to buy bungalows

Corporate funds were used to purchase personal use real estate. This includes employees & executives putting their names on homes purchased with company funds.

Furthermore, FTX lent SBF over $1B for personal use.

They even built software to hide the misuse of customer funds.

FTX has no book of records, only a chamber of secrets

The two who controlled all of FTX’s digital assets are SBF and Gary Wong. The above also mentioned that they used the group email accounts to share private keys and to “conceal the misuse of customer funds.”

They even had billions in investments other than crypto, but no books exist.

“the secret exemption of Alameda from certain aspects of FTX. com’s auto-liquidation protocol.” This basically gives them a free pass not to lose in the casino.

While you are probably getting rekt, they had a free pass.

With it, they will not get liquidated and probably manipulate the markets to their favour to cover their positions.

Ironically, this was what killed them. Summarized in 8 TLDR points, here’s how their free pass got the better of them.

FTX got hacked of $372M on bankruptcy day but managed to salvage $740M. But shortly after, $300M in FTT tokens were minted. Coincidence?

Printing money out of thin air to cover their losses is the perfect recipe for disaster.

The suspicious case of disappearing messages

SBF made decisions on applications which auto deleted messages after some time. He even encouraged employees to do the same.

This only tells me that SBF is well aware of what he is doing. Deleting traces of the decision only enforces that he is hiding/did something suspicious.

Furthermore, under their new governance structure, FTX never had board meetings, nor did the subsidiaries.

The filing clarifies that Sam Bankman-Fried does not speak for the company and that his inconsistent and misleading public statements should not be disregarded.

He is a liar and a fraud at the expense of everyone he promised to “do good” for.

Hands down, the biggest circus in crypto history, and we were all his show puppets. This has to be the biggest event in the crypto space, and with the fall of FTX comes profound implications.

Firstly, investor confidence. Having no sense of bank accounts, employees, cash on hand, digital asset custody or any form of corporate control, yet being able to see massive success reflects negatively on the space.

Secondly, this act does not do justice to the space. However, the stigma is set in place, and people are now even more fearful than ever. We can’t blame them for feeling that way, but this consequence pulls us back. Taking three steps forward is not worth it when we take ten steps back.

Also Read: Off-Ramp Your Crypto Directly To Your DBS/UOB Account With StraitsX