Polkadot vs. Cosmos: Who’s Winning The Race Towards The Multi-Chain Future? 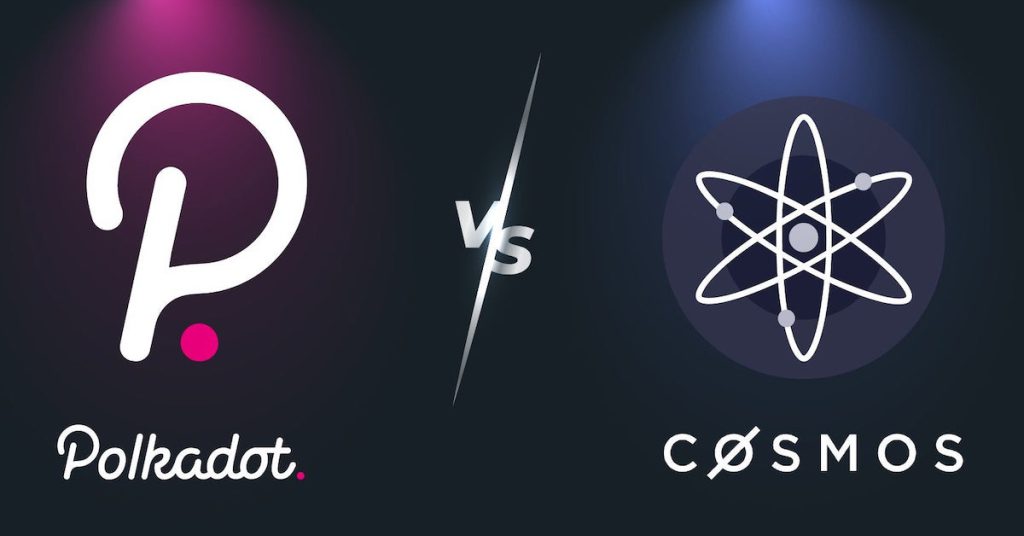 Because of that, native tokens on one chain cannot be easily used to take advantage of decentralized applications (dApps) on a different chain.

This lack of interoperability, where blockchains are siloed and are unable to speak to one another, creates a problem of capital inefficiency. It also impedes innovation.

A developer with a new, exciting idea is discouraged to create his application on a smaller blockchain because there the target audience is smaller. As such, developers are walled off from jointly creating new products unless they can first agree on what chain to operate on.

Without relying on trusted third-party intermediaries like centralized exchanges and custodians, users in crypto today cannot move value around without incurring some form of centralized custodial risk.

To solve this lack of interoperability, blockchain developers have created a variety of bridging and cross-chain solutions to connect blockchains.

There are hundreds of such examples but a popular one is Wrapped Bitcoin (WBTC) by BitGo, which allows users to convert their Bitcoin into an ERC-20 token standard to be used in Ethereum dapps.

Another example is the Shuttle Bridge by Terra, that allows the transfer of assets into and out of Terra to other chains

The increasing number of bridging solutions explains the confusing number of similar-sounding tokens that we see on dapps (e.g. ETH, wETH, cETH, aETH, cyETH, aETHc, etc). Every blockchain and dApp developer trying to bridge Ethereum’s users into their ecosystem has emerged in an alphabet soup of token tickers.

Cross-chain solutions are part of the reason why Ethereum’s dominance in DeFi is slowly eroding.

Although Ethereum maintained a near monopoly of TVL in early 2021, they only carry 60-70% of TVL today, a sign that the multi-chain future is upon us.

The difference between cross-chain and multi-chain

Many of these bridging solutions however, are centralized and suffer from security risks, as Vitalik Buterin pointed out in a much-publicized tweet.

This is where Polkadot and Cosmos comes in. Both protocols are attempting to build a meta-blockchain that hosts an open network of interoperable blockchains on top of it.

This contrasts with cross-chain solutions, that can be thought of as exclusive roads for select participants and assets with limited scalability.

What Polkadot and Cosmos are trying to do is to solve the lack of interoperability at a lower infrastructural level, which is why they are sometimes referred to as “Layer-0” solutions or the “Internet of Blockchains”.

Polkadot was conceptualized in a 2016 whitepaper by co-founder of Ethereum Gavin Wood, and launched its genesis block on May 27th, 2020. Polkadot is a meta-blockchain which allows developers to launch on top of their own customized blockchains (named “parachains”).

Unlike your average Layer-1 platforms, parachains “outsource” their security to Polkadot’s central hub known as the Relay Chain, where a common set of up to 1000 validators stake DOT to validate transactions.

The Relay Chain is also where information is processed from one parachain to another, working always in parallel.

This “shared-security” federation model is what makes Polkadot so attractive to developers, because it allows them to launch their projects quickly without having to spend extensive time and resources to build a validation strategy.

More than a hundred parachains can be connected to the Relay Chain.

These parachain slots are auctioned off to developers, one of which was won by DeFi platform Acala in its first round of auctions past November 2021.

Cosmos’ mainnet launched in 2019. The key difference between Cosmos and Polkadot is that rather than one central hub, there are several in its design architecture. Cosmos is built on the Inter-blockchain Communication (IBC) framework (think of it as a TCP/IP for blockchains) that resembles a hub-and-spoke model of multiple independent blockchains called zones.

Also Read: An Introduction To The Cosmos Ecosystem And Its ATOM Token

With the Cosmos SDK, developers can create highly flexible and customized blockchains that would not have been possible on Ethereum due to its one-size-fits-all parameters at its base technological stack.

In terms of interoperability, zones maintain their own validators to facilitate the transfer of data and tokens to one another through hubs on IBC without having to connect to every other zone directly.

This makes each zone responsible for their own validator security (proof-of-stake, proof-of-work, etc) unlike Polkadot, where security is centralized in the Relay Chain.

This means that hubs are in direct competition with one another for transactions. Cosmos Hub is the first hub to set up on IBC as a Proof-of-Stake blockchain with its own token ATOM.

As the main architect of the Cosmos ecosystem, it is perhaps surprising that the Cosmos Hub has no apparent built-in privileges that would incentivize other zones to connect to its hub over others, other than a first-mover advantage.

In practice, Cosmos’ multi-hub system architecture does not try to unify all zone’s states like Polkadot tries to maintain a global shared state through its Relay Chain.

To date, popular names that have settled on Cosmos IBC include Terra, Osmosis, Crypto.org and THORChain.

Who’s winning the race toward the multi-chain future?

The best way is to see which platform has been most successful in attracting projects to build within its ecosystem. On this count, Polkadot leads with a total of 527, while Cosmos has at least 262 apps.

Since both are competing in creating a developer-friendly ecosystem for other blockchains, looking at developer activity tells us something about where the builders in DeFi are attracted to.

Based on a recent Electric Capital report, Polkadot has a larger developer count at 1,400 developers versus an approximate 950 in Cosmos for 2021. Compared to the previous year (Polkadot 900 against Cosmos’ 550), Cosmos had a 25% larger year-on-year growth at 72% against Polkadot’s growth of 47%.

As of January 2022, Polkadot has a much higher market capitalization at US$26.1 billion against Cosmos’ US$8.4 billion.

ATOM and DOT is used to be staked for node validation in the Cosmos Hub and Relay Chain respectively. On-chain data shows that in the past year, DOT has been staked in the range of 50-65% while ATOM lies in the 55-70% range, suggesting that ATOM is used less as a speculative token.

Based on most fundamental metrics, Polkadot leads with a higher total unique address account (Polkadot 1.02 million versus Cosmos 704,621).

The following graphs also show that based on active accounts, Polkadot has taken the lead since May at a higher range of 23,000+ accounts, compared to Cosmos that ranges between 10,000-20,000.

Based on the data across development activity, token metrics and total unique and active addresses, Polkadot is in the lead. Having said that, Cosmos is not lagging behind by far, and has racked up impressive usage itself.

It is also worth noting that the participants in the race toward multi-chain interoperability is not only Polkadot and Cosmos. Both Avalanche and the upcoming Ethereum 2.0 upgrades are two other major projects that are designed to solve the current problem of scalability, and will be interesting to watch how it competes against Polkadot and Cosmos.