What Is NEAR Protocol? All You Need To Know Before Investing 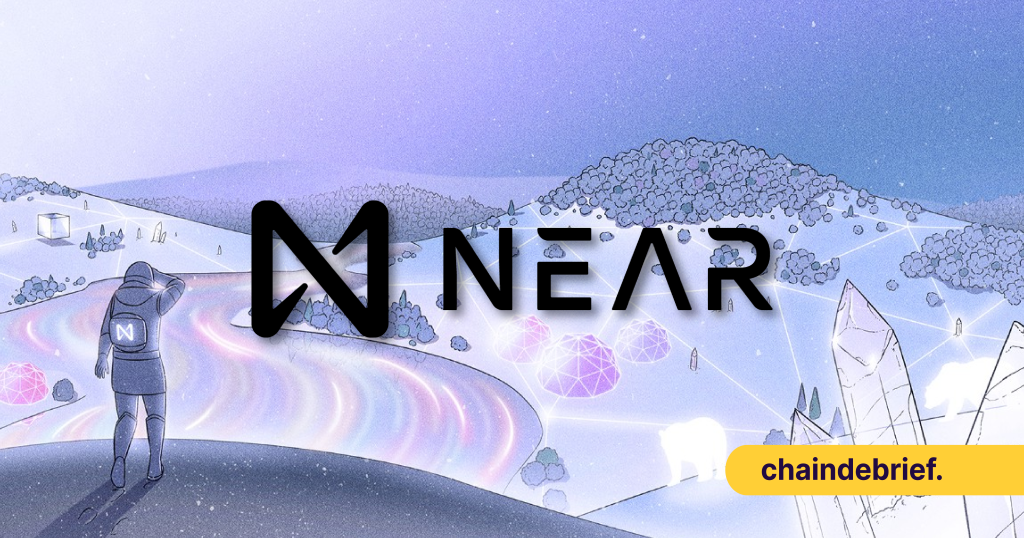 NEAR Protocol has had some explosive gains in the past months, and hit an all time high of US$20.44 on January 16, thanks to its recent fundraising of US$800million funding initiatives to support ecosystem growth.

Lets dive into some recent catalysts and what exactly is NEAR.

Near Protocol is a layer-one blockchain that is smart contract capable and uses public Proof-of-Stake (PoS). It was designed as a community-run cloud computing platform that can host decentralized applications (dApps) and aims to compete with leading competitors like Ethereum and other leading smart contract blockchains like Fantom and Polkadot.

NEAR is focused on developing a user-friendly platform. For example, NEAR uses human-readable account names, unlike cryptographic wallet addresses that is unfriendly to retail adoption.

NEAR also has some very unique solutions to scaling problems such as its own consensus mechanism called “Doomslug” and its Unique Technology of “Nightshade”.

In addition, NEAR Protocol is being build by NEAR Collective, which community is updating the initial code and releasing updates to its ecosystem. Its goal is to secure high value assets such as identity and money to make it useful for people.

Some interesting projects building on NEAR include Mintbase, which is an NFT minting platform and Flux, a protocol allowing developers to create markets based on assets or commodities and many other things.

Nightshade Technology – NEAR uses Nightshade technology, which is a variation of sharding, where individual sets of validators process transactions in parallel across multiple sharded chains, improving the speed and capacity of the blockchain.

This is quite similar to what Harmony (ONE) is doing. However, in contrast to “regular sharding” shards in Nightshade product a fraction in the next block and these are referred to as “chunks”.

Sharding helps to lessen computational load on the blockchain by splitting transactions across different shards. With this strategy, every node is not required to run all the network code but just code relevant to that specific shard itself. This allows computation to be done in parallel, scaling the network capacity linearly with the nodes in the network.

Some validators are responsible for validating the “chunks”, while others are tasked to produce blocks. In addition, nodes called “fishermen” report malicious behavior and slash those validators stakes. For the technical enthusiasts, more information can be found from the whitepaper here.

By using Nightshade, NEAR is able to achieve a TPS of 100,000 per second and near instant finality.

Doomslug – In summary, this works by having a set of participants take turns to produce and broadcast blocks. At a block height of h received, they send endorsements on that block to the participant assigned to the next heigh h + 1.

If after a period of time the participant has not produced the block h + 1, participants that sent the endorsement to that block would send another message to another participant assigned to h + 2 to skip block h + 1 due to the lack of response.

When a participant has endorsements or skip-messages from 50% of the participants, they can produce their block.

With effective management of this system, this simple tech in a nutshell ensures that if the network is ever delayed a block containing endorsements from more than half the block producers will be created at some point so that the algorithm will not stall.

Human readable names – NEAR uses human-readable account names, unlike cryptographic wallet addresses like on Metamask. This is in line with their declared goal of “secure enough to manage high value assets like money or identity and performant enough to make them useful for everyday people”.

NEAR’s overall design principles are used to inform and improve its economic design.

Ultimately, it is quite difficult to bridge to NEAR right now but should be improved in the future. As a current solution NEAR uses an application called Rainbow Bridge which allows participants to bridge ETH, NEAR and Aurora.

To move tokens from ETH to NEAR, a user would have to use this bridge. Note that currently the bridging is only supported with the official NEAR wallet between ETH and NEAR. These tokens are locked, and new tokens will be created on NEAR platform representing the original ones.

Since the original funds are held in storage via smart contract, this process can be reversed when they wish to retrieve their original tokens.

Aurora is a layer 2 scaling solution built on NEAR Protocol intended for developers to launch ETH dApps on NEAR network. Aurora was built using ETH coding tech, and EVM, as well as a cross-chain bridge which allows developers to link ETH smart contracts and assets seamlessly.

Also Read: What Is Aurora Network? All You Need To Know About This NEAR Protocol Layer 2 Solution

This can be taken advantage of when bridging to gain the low fee and high throughput of NEAR, alongside familiarity and network applications of ETH.

The tokenomics of NEAR is one billion tokens, in accordance to the following.

NEAR launched its mainnet on April 22, 2020 with 1 billion NEAR tokens created at its genesis. 5% of additional supply is issue annually to support the network for epoch rewards.

In addition, the NEAR token is used for:

NEAR team and investors

Some of the notable investors include the following:

NEAR protocol was founded by Erik Trautman was an entrepreneur with experience on Wall Street and is the founder of Viking Education.

In addition, his co-founder lllia Polosukhin has more than ten years of industry experience, including three years at Google. Other notable people include Alexander Skidanov who is a computer scientist that worked at Microsoft and went to join memSQL as the director of engineering.

NEAR website is always incredibly comprehensive with information readily available.

Some notable sections are Use Cases, Learn and Resources. In addition, NEAR is extensively hiring for those interested across sectors of Engineering, Ecosystem, Product, and Operations.

NEAR is definitely impressive considering they launched at the tail end of 2020 and have since become one the leading protocols ranking in the top 50 in terms of market cap. Given its solid transaction speeds and its smart contract platform with unique technology, NEAR could be a solid investment.

As with all cryptocurrency projects, enterprise and retail adoption is the ultimate goal and the question of NEAR adoption remains widely unknown.

That being said, NEAR’s funding rounds and ecosystem expansion show that this is a leading and developing protocol that has a lot of room to grow.

It is always advised to Do Your Own Research (DYOR) before investing into any cryptocurrency project.