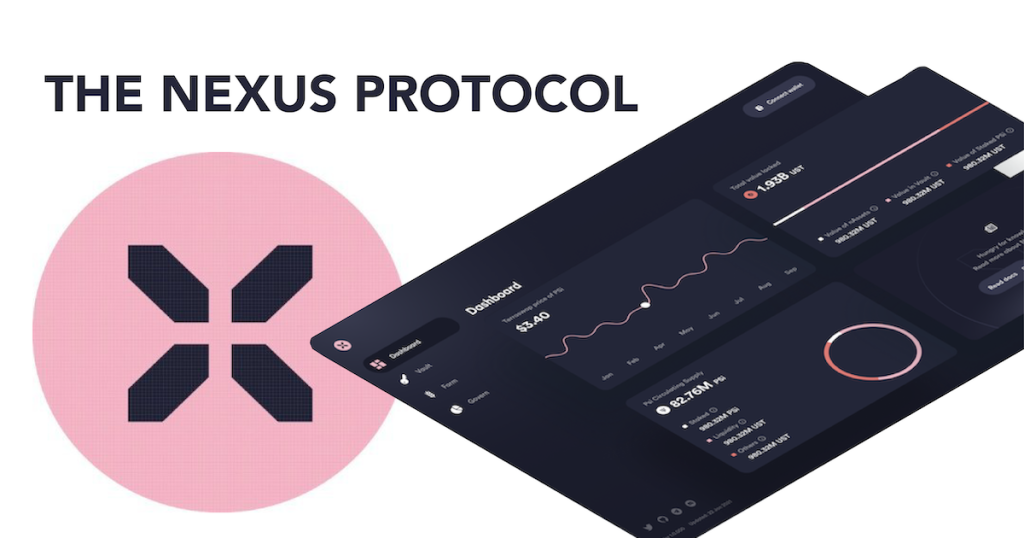 If you have been in the Terra Ecosystem for a while now, you would know that the 2 oldest projects are Anchor and Mirror protocol.

Anchor is a savings protocol with a highly competitive rate of 19.5% APY. The protocol also allows you to deposit bAssets to borrow against them thereby allowing you to leverage your assets and earn a higher yield on them.

Mirror is a synthetics protocol that allows you to trade and/or farm synthetic assets such as shares of Tesla, Amazon, and others.

However, while both of these protocols are the bedrock of Terra, there is one problem.

Limitations of Anchor and Mirror

The main issue that hinders their full potential is the risk of liquidation. Currently, there is no way around the liquidation issue (apart from bots, but more on this later).

This means that the average user would have to manually keep track of their LTV or collateral ratio. However, this is tough and time-consuming. Furthermore, if a crash like the one in May were to occur again, users might not have the time to repay their loan before getting liquidated.

This was the dilemma I faced when deciding if I should put LUNA up as collateral to borrow against it. However, I knew I didn’t want to constantly worry about such a risk, nor did I want to borrow at a suboptimal LTV ratio since it would be highly inefficient as I did not have a big position.

Hence, I decided to provide liquidity in the bLUNA-LUNA pool instead although it is now overly saturated with the yield falling from 40+% pre-Col 5.

As for Mirror, my short position even reached 270+% in collateral ratio at one point! This was a real waste as those funds could have been put to better use.

But not all is doom and gloom, one protocol that recently launched is here to save the day!

Nexus protocol was developed with the aim of maximizing yields in the Terra ecosystem. The way in which it promises to do so is nothing extraordinary but yet will be a huge game-changer.  According to their whitepaper, they will introduce three strategies albeit over different time periods. Let’s take a look at each of them.

This consists of the bLUNA and bETH vaults. Instead of the original way of depositing bAssets, Nexus now allows you to deposit with them and they will automate the rest of the process for you.

The main point of this vault is that it uses a smart contract that will maintain a high LTV ratio for you. How high? There will be 3 modes but the highest is their Optimal mode which it aims to maintain at 99% of max LTV!

Before you get worried, let’s go into the details of how this will work.

Anchor determines the liquidation of collateral based on price data received via a price oracle smart contract. This happens about every 30 seconds.

However, Nexus’ bot will update their price every 15 seconds instead. As a result, this allows Nexus to front-run the price oracle that Anchor is using and “see into the future”.

This will allow them to tweak the LTV level as required and you will never be liquidated as long as the bot runs smoothly. But since everything depends on the bot, Nexus created different modes to ensure some margin of safety in case anything goes wrong.

This vault incorporates the Delta Neutral strategy on Mirror to further optimize a user’s UST funds. Some readers might be aware that this strategy allows you to eliminate price risk.

Essentially, the only risk you will have to deal with when using this strategy is the risk of liquidation, ignoring smart contract risk.

However, the user would have to keep an eye on their collateral ratio to avoid liquidation and that is done manually. The methodology for this vault is similar to that of the Anchor one where Nexus will front-run Mirror’s price oracle.

Separately, MIR rewards are also automatically claimed and fees will be much lower as Nexus will have economies of scale. This allows rewards to be claimed at more frequent intervals and to be reinvested more often as well.

At the start, Nexus will focus on mAssets that can be minted and closed any time of the day. This would mean that the strategy will probably start out with using mBTC, mETH, or mDOT since these are the only ones without traditional market hours.

Currently, the process for getting ETH onto Terra to use as collateral is rather complicated. It contains several steps and can be quite a headache so we shall not go into the details.

However, Nexus promises a simpler solution for all native ETH users and as a bonus, this strategy will yield more than any other native ETH solution.

All they would have to do is to deposit their ETH into EthNexus and Nexus will work its magic. These users will earn in kind and their rewards will be auto compounded as well.

There will also be a bETH vault for native Terra users. This vault promises higher returns than the EthNexus vault, however, the yield will be paid in PSI tokens. Another benefit for Terra users as a whole that Nexus claims is that it will be able to raise the TVL for Anchor with more migration from ETH to bETH, therefore, raising the value of the ANC token.

These are just the first of many strategies that Nexus aims to roll out to Terra users. Of course, when you deposit bAssets as collateral, you will get nAssets in return which are yield-bearing assets.

The nAssets can then be paired with PSI tokens to further yield farm for more PSI tokens. However, since both sides of the equation consist of volatile assets, you might want to do further research before apeing into these farms.

The most important question after reading everything above: when will the vaults be ready? According to this roadmap, the V1 vault strategies for Anchor vaults will come online by the end of October.

Do note that the Anchor Vault will only consist of Safe and Emergency mode at launch. The Optimal mode will arrive at the start of next year, at the latest.

This is because the team wanted to bring the product to market ASAP while ensuring that it is dependable and highly secure concurrently. EthNexus should be released around the last quarter of 2021 and UST vaults should drop by Q1 2022.

Why is Nexus necessary if bots can do the job?

Back to the topic on bots which I mentioned at the start. You may be wondering why this protocol is so hyped up and if it’s even necessary since bots are currently able to do what they aim to do. There are a few main reasons I can think of.

Firstly, the bots that are currently available are coded by individuals to provide some automation for themselves. An average person, like myself, would not be able to understand what goes on in their code and this is very dangerous as most bots require you to reveal your seed phrase.

Secondly, even if you don’t have to reveal your seed phrase to utilize the bot, you will not know the robustness of the bot and how it will fare during a flash crash. Hence, with Nexus bringing to the table an audited and battle-tested solution for the masses, we can safely retire the bots and set our minds at ease with their automation.

Honestly, I was blown away just by the Anchor vaults alone. However, the team at Nexus is a truly ambitious one and will continue to expand relentlessly. It would be significant if their bot proves successful in being able to prevent liquidation even during a major sell-off.

Any strategy on any protocol that has liquidation risk can subsequently be incorporated into Nexus and that’s game over. Furthermore, they intend to expand to DOT, SOL, and other chains by next year this time.

With IBC and Wormhole integration complete, I don’t see what could possibly hinder them. I’m really excited about the potential of this protocol! How about you?

In conclusion, I feel that the emergence of Nexus really changes the playing field on the Terra Ecosystem. The main benefit of this protocol is in its ability to simplify complex strategies and automate them so just about anybody can participate and earn yields that were once only available to those with the technical knowledge and expertise.

Apart from that, with more collateral in the system, it will help balance out the deposit side. This further enhances the sustainability of Earn. With that, I look forward to the launch of the vaults and bid farewell to the days of constantly checking my collateral ratio.