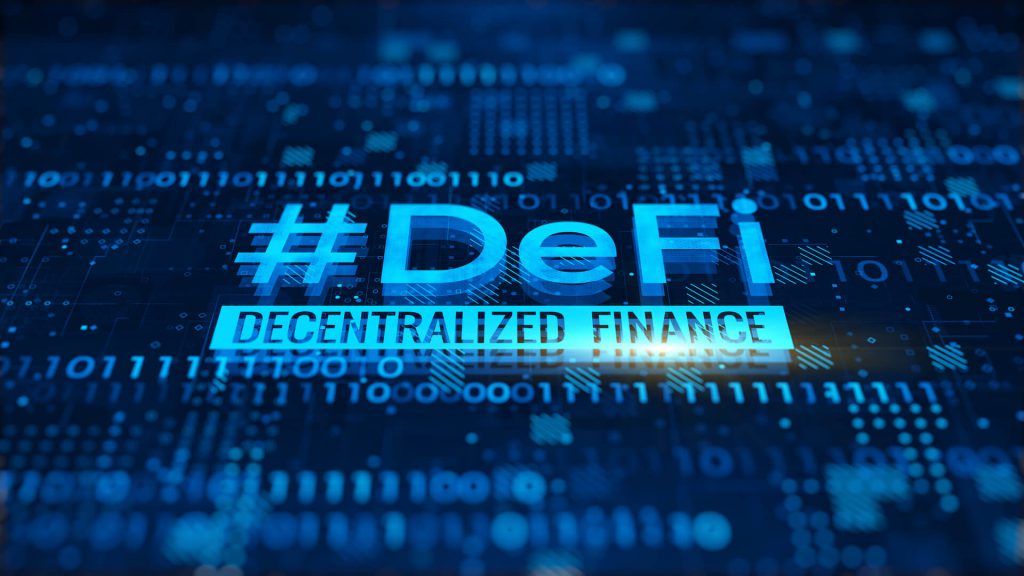 Decentralized Finance (De-Fi) is all the rage. With most, if not all of them built on the Ethereum blockchain, De-Fi platforms allow their users to perform financial transactions without having to rely on an intermediary party or service.

In other words, De-Fi removes the middleman in all financial transactions, and users are in charge of executing financial contracts themselves. Financial institutions including banks and brokerages don’t exist on De-Fi, allowing for greater autonomy and privacy over one’s finances.

Why De-Fi in Asia?

It’s safe to say that the De-Fi scene is seeing exponential growth globally, but with a booming startup culture and a solid reputation for blockchain innovation, Asia — particularly Southeast Asia — is primed to become the world’s next De-Fi hub.

How so? Here are five Asia-bred De-Fi platforms that are disrupting the financial system in the region, with hefty investments from VC firms to back.

Coin98 Labs is the De-Fi arm of Coin98, one of the leading cryptocurrency exchanges in Southeast Asia. It also manages the largest cryptocurrency fund in Vietnam.

Coin98 Labs is building a cross-chain De-Fi ecosystem in Southeast Asia, and to do that, it currently has Coin98 Wallet, a multi-chain crypto wallet that allows its users to store their crypto coins from other De-Fi platforms in one single wallet.

This means that whether you’re trading on other De-Fi platforms including Uniswap, Sushiswap, and MDEX, there is no need to create separate trading accounts and wallets for each platform if you are trading with Coin98 Labs.

All financial transactions can be executed via Coin98 Labs, and all returns can be stored in the Coin98 Wallet. In mid-July, Coin98 Labs also announced that it is now officially integrated with the world’s leading De-Fi platform PancakeSwap.

Coin98 Labs’ one-point access to a range of De-Fi services has made it successful in Southeast Asia. The De-Fi platform currently has over 280,000 users with a liquidity source of over US$20 billion.  Coin98 Labs has also recently secured a US$11.25M in strategic funding round.

Founded in 2018 by South Korea-based Do Kwon and Daniel Shin, Terra sets out to minimize price votality in the De-Fi space by issuing TerraUSD, or UST, its platform-native stablecoin.

Alongside this, Terra also runs CHAI, a decentralized mobile payments app (DApp) which currently has 2.5 million users in South Korea.

Terra is a stable coin that intends to reduce the volatility occurring to cryptocurrencies like Bitcoin. Some stablecoins, like Tether, are pegged to more conventional currencies, like the U.S. dollar, through cash and cash equivalents.

Terra, on the other hand, issues crypto-collateralized algorithmic stablecoins and hence is less subjected to volatility.

Several flagship apps in the Terra ecosystem allows users to have the DeFi tools for trading, spending, and saving money. Amongst them are Mirror Protocol, a synthetic asset exchange, and Anchor, a crypto savings account offering high 20% yields for UST deposits.

UST’s stability has led to the stablecoin having a market capitalization of US$2 billion. In January 2021, Terra received US$25 million in funding from cryptocurrency hedge fund Pantera Capital and crypto exchange Coinbase.

Most recently, a handful of crypto investors injected US$150 million into Terra’s De-Fi ecosystem fund.

Singaporean startup Unius Asia launched Bholdus as a De-Fi that aims to “connect Southeast Asian SMEs with financing opportunities from crypto investors, bridging the gap between real-world assets and financing needs with the DeFi space.”

Much of the Southeast Asian economy is characterised by startups, but according to data from the SME Finance Forum, Southeast Asian SMEs are still heavily under-financed and face a capital shortage of nearly US$300 billion. Therefore, Bholdus intends to fill the financial gap with loans that are collateralized into cryptocurrencies and NFTs.

Users on Bhdolus use the platform-native Bholdus token (BHO) to perform a variety of functions including storing value and yield farming.

Bholdus boasts a transaction speed that is 400 times faster than current blockchain networks, making it a De-Fi platform of choice for SMEs that want to execute their financial transactions fast.

Based in Thailand, Ape Board is a cross-chain De-Fi dashboard that allows you to track your portfolio. It supports as many as 79 blockchain protocols, including De-Fis on the Binance Smart Chain, Ethereum, Terra, Polygon, and Solana.

Ape Board is a newcomer in the Southeast Asian De-Fi space and was launched circa March 2021, but there are now over 250,000 active users on the platform.

In fact, Ape Board is gaining so much popularity that Thailand’s oldest bank, the Siam Commercial Bank, has announced that it will allocate a portion of its US$50 million VC funds to invest in the platform.

Do you use South Korean messaging app Kakao Talk? If you do, did you know that Kakao Talk also has business ventures in the De-Fi space?

Kakao Corporation owns an open source public blockchain called Klaytn, which launched a De-Fi platform of the same name in 2019.

Klaytn’s dominant user base are those in South Korea, and people on Klaytn utilize the De-Fi’s native token, KLAY, for all financial transactions, as well as yield farming and minting NFTs on the platform.

In April 2021, the total value locked on Klaytn reached approximately US$1.3 billion and boasts an average trading volume of US$79 million, highlighting Asia’s appetite for De-Fi.

It is an exciting time for Asia’s De-Fi scene, and the Asia-based platforms on the list above prove that there is much to be explored in the industry. De-Fi has shown that it is possible to take control of one’s financial portfolio without interference from middlemen and excessive fees from traditional banking.

If all of this sounds attractive to you, why not try out one of the De-Fis on the list? However, as with any investment, make sure you conduct plenty of due diligence before staking your money into any of the platforms.