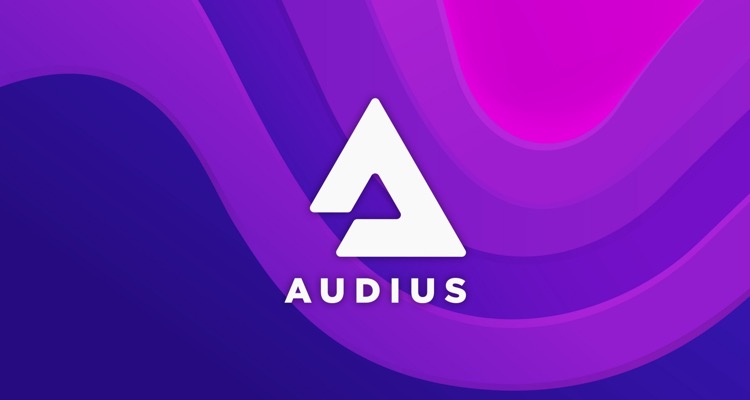 Audius is a blockchain powered music streaming service that is similar to Soundcloud or Spotify. However, Audius is able to provide more utility to musicians via its blockchain-based tools which can help them engage and monetise their audiences.

Here’s a deeper look at Audius and its native token Audio:

The music industry is a multi-billion dollar industry, and over the past decade, we have seen it shifting to the digital world thanks to the rise of music streaming sites such as Soundcloud and Spotify.

The problem with centralized platforms that musicians work with is that it may take a long time before a musician is able to receive their revenue cut of their music from such platforms.

Even when they receive their final revenue cut, majority of the revenue would have passed through other middlemen, with costs such as management fees, production costs, marketing cost, platform fees.

Audius was created to fix this problem, and is owned and controlled by a decentralized community of artists and fans.

Musicians can use Audius’ streaming platform to interact directly with their fans. Beyond just releasing their tracks on Audius, musicians can also create exclusive content and NFTs on Audius.

The Audius network will keep 10% of revenue to help support itself and the rightsholder will keep 90%.

On top of supporting their musicians on Audius, fans can also discover trending playlists, new releases, save tracks to their ‘favorites’ and share playlists with other users.

By doing this, users can also earn AUDIO token rewards. AUDIO token holders can also stake them to be entitled a portion of network fees, along with additional voting power in the governance system.

Since its launch in 2019, Audius has been growing slowly and has been relatively under the radar. As users around the world are used to paying around $10 per month to music streaming juggernaut Spotify, convincing them to pay for Audius may be a tall order.

According to Audius co-founders Roneil Rumburg and Forrest Browning, most of Audius’ approximately 100,000 artists have small and mid-sized audiences. But major players in the music industry such as Skrillex, deadmau5 and Weezer are also using Audius to get music — including works-in-progress and unreleased music — out to their fans.

According to the Audius analytical dashboard, there is currently over $298 million of AUDIO being staked on the protocol.

As of August 2021, there is a total of over 5 million unique users, a relatively impressive metric especially considering this is a blockchain based platform. It claims to be the most used decentralized consumer app, and its daily active users hovers around 160,000 DAU.

Most of the genres that are popular on Audius are electronic and hip hop, two genres known for having a huge following in the music industry.

Why pay attention to Audius

The music industry has long been plagued with issues regarding financial rewards to all the parties involved. With Audius, artists can have a truly decentralized platform allowing them a better way to monetize their work. Audius is also focusing on smaller scale artists, some of whom are seeing more successful discoverability than Spotify.

As more and more artists come onboard, the network effect will bring more users to Audius, and we may potentially be seeing a compounding effect.

As a fan, Audius provides a range of fan engagement opportunities that connect artists with their audiences. This is unavailable in existing music streaming platforms. Furthermore, Audius makes the distribution of royalties as simple as possible.

As the whole music industry move towards an ownership era, a term coined by the Messari team, Audius seems to be the clear leader riding on the wave.