Crabada: How Much Can You Earn From This Crab-Themed, Play-To-Earn Game On Avalanche? 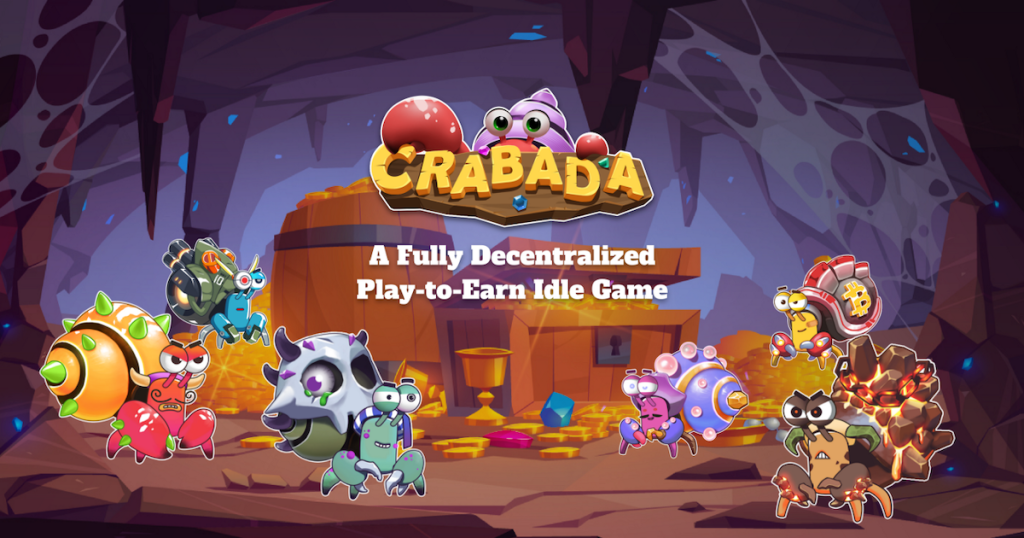 Blockchain gaming has been stepping up to bridge the gaps in the traditional gaming industry. Whereas those markets were pay-to-play, the decentralization and liquidity aspects of on-chain games have shone a light on P2E (Play-To-Earn) games.

While many of these games are still relatively nascent, leading to poor graphics and gameplay, one has managed to take the Avalanche network by storm.

So, what is Crabada and how did it manage to rise above its peers?

Crabada is a fully decentralized, Crab-themed, P2E game on the Avalanche Mainnet. Users who participate earn in-game currency in the form of $TUS and $CRA.

Teams of three crabs can be sent to either mine or loot other teams, the latter giving better rewards. However, looters can come back empty-handed, implying a higher risk for this play style.

Mining takes about four hours with little supervision. Looting requires about 1 to 2.5 hours, largely dependent on whether the defending player sends reinforcements.

There are three main tokens in Crabada — $CRA, $TUS, and $CRAM.

$CRA is the governance token, rewarded via staking and playing the game during its incentive period. Prior to launch, $CRA could be obtained through a Community Bootstrapping Event.

$TUS is the in-game currency, earned via gameplay and lending Crabs via the Tavern. Both $CRA and $TUS can be easily swapped via Trader Joe.

$CRAM is the final asset and is awarded once a week to $CRA stakers. These are amulets that can be used for in-game perks and exclusive rewards.

Players that do not have sufficient crabs can hire from The Tavern to join battles as reinforcements. Once hired, crabs are put on a short cooldown before they can be used again.

Players are also able to decide what price they want to lend their crab in an open economy.

A popular figure, Taiki Maeda, has a Discord where an illustration of the potential narrative and yield of Crabada was given. To illustrate this scenario, he provided $100,000 for his first purchase.

Taiki also mentioned that depending on the price of $TUS, P2E games can be viewed as glorified yield-farming. Of course, with both high upfront costs and ROI.

He also noted that Crabada should ride the wave of the subnet narrative. Having exposure to $CRA would therefore be good, as it might be an echo-play for Defi-Kingdoms if that does well.

The anonymous team behind Crabada are as follows:

Its complete roadmap for the year 2022 includes the following:

Crabada has an interesting narrative and could prove to be a successful P2E game. Its game system has been rigorously audited by Verichains, the official auditor of Request Network, Kyber Network, and Axie Infinity.

It is also one of the first unique idle games to ever be created on the Avalanche Ecosystem. While some may view it as just a game, Crabada truly has the potential to be an unconventional source of income.