Shiba Inu Is Now Within The Top 20 Cryptocurrencies: Examining Its Recent Price Surge 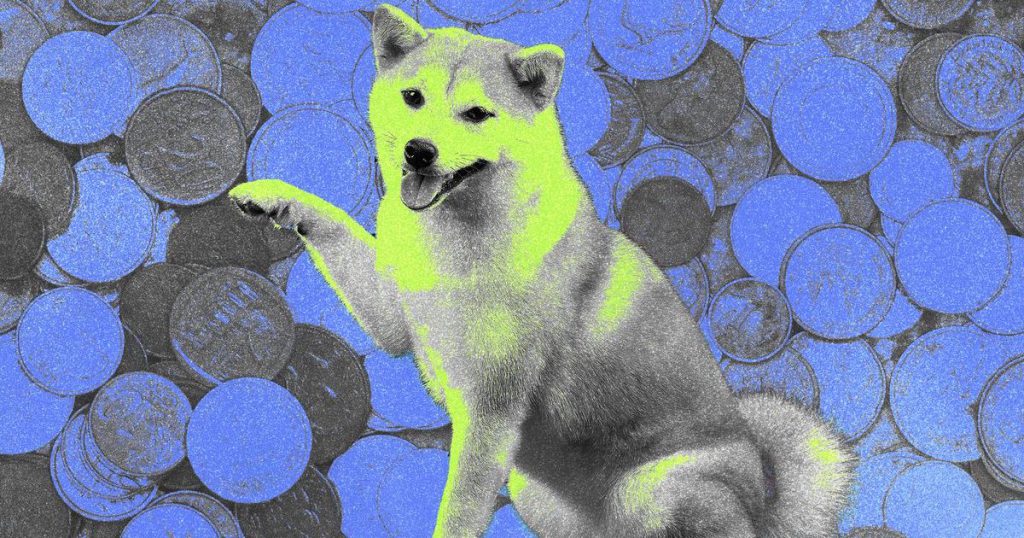 Over the past week, the meme token Shiba Inu (SHIB) made a roaring comeback, surging over 550% to a recent high, with the token now ranked #18 by total market value amongst all cryptocurrencies.

This contrasts starkly with the stagnating momentum for SHIB in the months prior, with many crypto observers having ‘written off’ SHIB as a potential winner in the meme token category.

In the same period, the world’s most popular meme token, Dogecoin (DOGE), has traded sideways, with price action that has paled in comparison to SHIB’s performance.

Is it now time to buy SHIB? We take a deeper look at the reasons behind the recent price momentum behind SHIB, as well as considerations around valuation for SHIB.

SHIB’s recent frenzy was sparked by a tweet by Elon Musk, who posted a picture of his Shiba Inu puppy, Floki, on October 4. After the picture was posted, the price of SHIB began to gather momentum — this was noted by key observers and picked up by global media outlets, which helped to fuel the token’s upward swing to hit more than 5x its price, which had been stagnating for the past months.

It is important to note that Musk’s tweets have played a key and often controversial role in the price of Dogecoin, which enjoyed unprecedented price growth as a meme token with Musk repeatedly pledged his support for DOGE on multiple occasions.

Indeed, this led to DOGE hitting an all-time high (ATH) of $0.7376, minting a number of Dogecoin millionaires in the process. Since the height of DOGE mania, the price of the token has more than halved, as Musk began to scale down his public support for the token.

The reignition of interest in SHIB has certainly been heavily influenced by the ‘Musk Effect’ — with Elon Musk’s tweets historically interpreted by casual crypto market participants as key catalysts for bullish sentiment.

Are there more fundamental reasons behind SHIB’s recent rise?

While it is difficult to extricate the other factors behind SHIB’s price movement, the recent bullish sentiment behind SHIB has also coincided with a broader uptick in the general crypto market, with BTC trading at ~USD54,000 to 56,000 up from the sub-USD50k price ceiling which had characterized trading in September.

It is likely that Musk’s tweet helped to catalyze a snowballing in SHIB’s price in light of the return of bullish sentiment to cryptocurrencies.

Another reason that has been postulated for SHIB’s surge is the launch of ShibaSwap, a decentralized exchange (DEX) which was launched by the Shiba Inu team, allowing SHIB owners to trade tokens and stake their SHIB holdings.

However, the DEX was actually launched in July 2021, without any noticeable price momentum for the token. As shown in the 1Y chart below, the price of SHIB stagnated between July and September, despite the launch of ShibaSwap.

While the launch of ShibaSwap has had limited impact on the price of SHIB, one possible catalyst could be the recent launch of 10,000 Shiba Inu NFTs on ShibaSwap.

Known as Shiboshis, buyers can name their Shiboshis by burning SHIB tokens. However, the NFT collection seems to have gone under the radar, and has certainly not been the subject of much interest in comparison to popular collections listed on NFT marketplaces such as Opensea and Rarible.

Should I buy SHIB now? Is SHIB overvalued?

Assuming SHIB can be a Dogecoin ‘killer’ – the conservative upside for SHIB is ~3x from its current price, which would enable the token to match the current open market valuation of DOGE.

At the height of DOGE frenzy, the total market value of DOGE stood at nearly USD90 billion. Taking this as a valuation ceiling for SHIB, this would imply upside of ~8x from its current price.

That argued, it is key to remember that the price of meme tokens is heavily influenced by exogenous events which are, in practice, difficult to quantify. Potential investors in SHIB, as well as other meme tokens, should be aware that these are extremely speculative assets.

What should I look out for if I want to invest in SHIB?

Potential investors in SHIB should pay attention to two key factors that may influence the future price growth of SHIB.

One of the most critical factors is the strength of the SHIB community. A key reason for the gravity-defying growth of DOGE, despite the many sceptics that challenged the DOGE narrative, was the strength of the DOGE community, which spontaneously grew and rallied around the meme token. In order for SHIB to usurp the crown of DOGE, the SHIB community must play a critical role in the future of the ecosystem.

Another key factor would be the roadmap for future utility in SHIB. While the Shiba Inu team has already launched a DEX as well as an NFT collection, it would be key to observe and take a call on the future use cases of SHIB.

Without significant future utility, it may be challenging for SHIB, as well as other meme tokens, to sustain popular attention and attract incremental buyers, particularly given competition (for capital) from DeFi protocols and NFTs.

Will SHIB be the new DOGE? Perhaps this rests as much on the next dog-themed tweet from Elon Musk, as it does from more fundamental factors behind the token!