Goerli Successful, The Ethereum Merge Is Imminent – What This Means For You 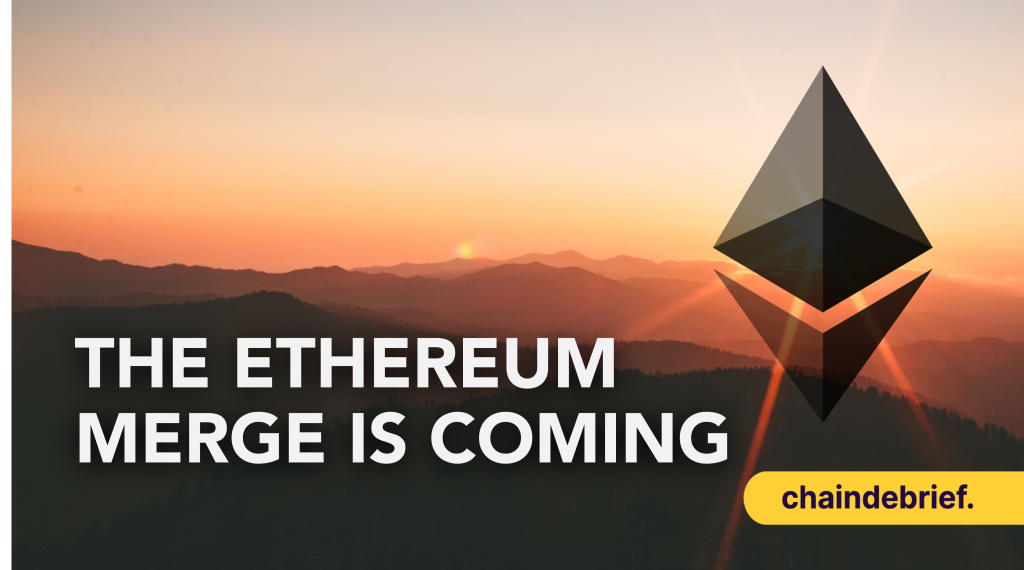 The last test-net for the Ethereum Merge, Goerli, was successful. The transition to Proof of Stake is imminent, the Merge is coming.

Undoubtedly the most anticipated event in crypto this year, it has been a long time coming for bulls and the maxis of Ethereum after the being delayed multiple time since its announcement in September 2019.

Prior test-nets— Ropsten and Sepolia — have both successfully moved from a proof-of-work (PoW) to a proof-of-stake (PoS) system.

Postulated to arrive in the mid of September 2022, the Merge will go through its “full dresses rehearsal” with Bellatrix in early September before the arrival of the Merge, on the 19th of September.

At last, stakers are months away from unlocking their crypto, but it is important to note that even after the Merge, rewards generated on the beacon chain will remain locked until the shanghai upgrade, planned to occur 6 to 12 months from now.

The Merge and Shanghai upgrade are the beginning of a longer roadmap for Ethereum, where the influx of institutional investors may be more inclined to enter the crypto space.

The Merge to solve problems

If you did not already know, The Merge is here to solve some of Ethereum’s existing problems.

Furthermore, not only will the Merge make the network 99.5% more efficient, but structurally, it turns Ethereum into a deflationary asset.

Once the Merge happens, rewards will be given to those who stake, away from the previously rewarded miners.

Also Read: What Is Ethereum Classic? Why We Should Look At It Before The Merge

“As fees get burnt, $ETH will effectively receive value accrual for the first time in its inflationary history.” Potentially causing Ethereum to rally in price.

What this means for Ethereum investors

The successful Goerli Merge is bullish news for ETH. Combined with the slight cool down in inflation figures from June, ETH prices could be one to watch in the coming months.

The merge upgrade from Proof-of-Work (PoW) to Proof-of-Stake (PoS) could produce an Ethereum PoW fork.

Founder of Tron, Justin Sun, has given his backing to the potential hardfork of the Ethereum mainnet that would create a new Ethereum blockchain that continues to run on PoW.

“A hard fork to preserve an Ethereum PoW blockchain is getting a lot of sympathy from the Ethereum mining industry, which generated $620 million in July alone.” (FXEMPIRE)

Over the weekend, Poloniex listed EthereumPoW (ETHW) on its exchange. It is the first exchange to support ETHW trading, with ETHW perpetual contracts set to launch later this month.

Also Read: Why The Ethereum Merge May Double Your Net Worth – And Collapse Crypto