A Look At The Loot Project – Does It Represent A New Paradigm In NFTs? 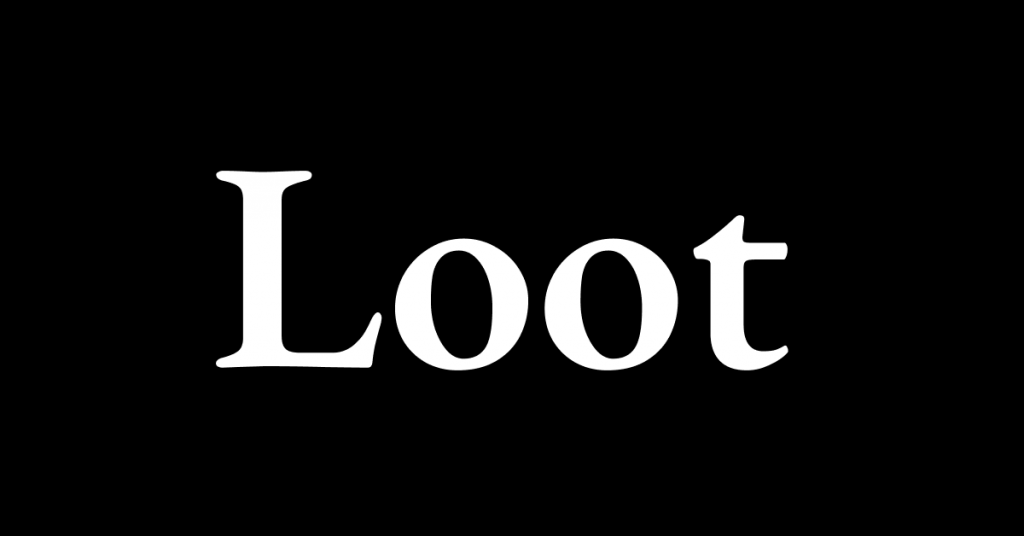 The rise and rise of the NFT market

The interest in NFT collections and trading has recently soared to new heights, with the latest USD24.4m sale of a lot of NFTs from the Bored Ape Yatch Club (BAYC) collection.

The sale by Yuga Labs represents a new milestone for the NFT segment, with an ancillary collection of 101 NFTs from the Bored Ape Kennel Club (companions to the Bored Apes) selling for USD1.84m.

However, much of the recent hype around NFTs has coalesced around a new and somewhat mysterious collection known simply as Loot.

Since Loot was launched on 28 August 2021, the collection quickly rose to the top of the trading charts, and has maintained its strong momentum despite competition from other new collections.

Interestingly, the Loot project has also spawned many new derivative and parallel projects which have also grown in popularity amongst the NFT community.

We take a deeper look at Loot and discuss if the collection potentially represents a new paradigm in NFTs.

What exactly is Loot?

The original collection of 7,777 NFTs was created by Dom Hofmann, who is more famously known as the co-creator of Vine.

According to Hofmann, Loot is “randomized adventurer gear generated and stored on chain”.

Based on Hofmann’s original conception, “stats, images, and other functionality are intentionally omitted for others to interpret”.

Hofmann also urged the community to “feel free to use Loot in any way”.

A quick look at the NFTs in the Loot collection (known as Bags) reveals that they simply represent lists of randomized adventurer gear in text format, in white font on a black background. Each Bag represents a unique list of items that cannot be found in the same combination in another Bag.

Users were invited to mint the NFTs directly via the contract, with 7,777 available for public minting. Despite the seemingly idiosyncratic nature of the NFTs, the collection quickly took the NFT community by storm, and was fully minted within minutes.

Over the next few days, Loot Bags were resold on the market for about USD46m in total value. The floor price (the minimum price to buy into any Bag) has fluctuated, and at the time of writing stands at 7 ETH (~USD24,000).

These include characters, foes, maps, and even more Loot, known as Extension Loot.

To better understand the phenomenon that is Loot, one needs to look at the spontaneous community emergence and the rapid growth of this community as an exercise in improvisation.

Without any rules governing Loot, in the true spirit of decentralization, users were able to let their imagination run and freely interpret and build around Loot with no limits.

Loot has drawn praise from Ethereum creator Vitalik Buterin, who tweeted that the philosophy of Loot is in line with his own spirit of a decentralized future.

While the hype around Loot has led to heated trading around Loot and Loot derivatives initially, value has coalesced around the original Loot collection over time.

A new token, Adventure Gold (AGLD), was also launched independently and airdropped to holders of original Loot. It was designed as a game token for future Loot-related games.

Despite the problematic nature of attributing value to the token (given that there exists no actual use case at present), the new holders of AGLD quickly added liquidity on their own accord, and the token began trading on decentralized exchanges.

Subsequently, the AGLD was listed on the centralized exchanges OKEX and FTX.

With the high barriers to entry for new market participants, Hofmann announced the creation of ‘synthetic Loot’ (known as sLoot), where users are able to receive a ‘virtual NFT’ of Loot in their wallets.

These ‘virtual NFT’s are not tokens and cannot be minted, transferred, nor sold, but rather democratizes the concept of Loot without the attribution of value.

Usurping the idea of Loot

As communities began building around the original ide

a of Loot, a number of new NFT projects also emerged to challenge and attempt to usurp the idea of Loot itself. The most prominent of these projects is Bloot, which was launched shortly after Loot, by Pixel Vault investor and advisor Beanie.

According to Beanie, Bloot is inspired by Loot. Although Beanie himself has branded the Bloot project as “basically worthless”, with Bloot themed around popular meme culture rather than fantasy adventure (which is the overriding theme and feel of Loot).

Similar to Loot, new communities began spawning around Bloot, with novel derivative projects coalescing around the Bloot project and airdropped to Bloot holders.

The launch and rise of AGLD is paralleled by BGLD (Based Gold) tokens, which holders of Bloot were airdropped. The BGLD tokens traded as high as USD1 per token at its peak.

Unlike AGLD, BGLD is not listed on any major exchange, but continues to be available to trade on decentralized exchanges such as UniSwap and SushiSwap.

The open-ended concept of Loot and the organic emergence of new communities around Loot, and even alternative conceptions and expansions of Loot, has demonstrated that decentralized content creation is a real trend and theme that has the potential to redefine the NFT segment.

While the majority of NFT collections have continued to be top-down creations (i.e. artist and developers coming together to create new collections for public consumption), Loot has shown that it is possible for communities to create content and intellectual property (IP) by coalescing around an initial, original, open-ended idea.

This inverts conventional notions around content creation — Loot should be seen more as a movement rather than a ‘thing’ or an end point in itself.

Where will this momentum take the market?

Perhaps Hofmann himself summarized this in the best way possible: “at the end of the day, these are just items on a list… It’s what people do with it and how they ascribe value to it. Value doesn’t have to be a dollar amount, it can be many things.”