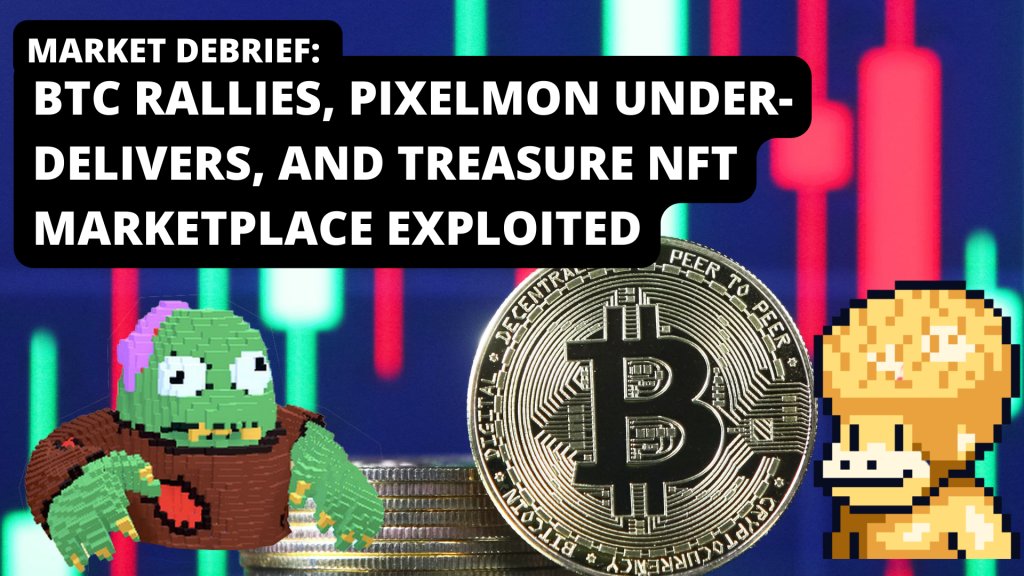 Just one week ago, the news about Russia’s military operation in Ukraine shook the world and down came the crypto market. The market however, quickly saw a recovery in most coins being in the green on the 7-day price change. This brings the total crypto market cap back to the US$2 trillion mark.

As an inflow of money continues to move into the crypto market, the most important question is, are we back in the bull run or is this just another fakeout?

We also see Bitcoin dominance (the ratio between the total crypto market cap and BTC market cap) hovering around 43-45%. In my opinion, with other cryptocurrencies like Ethereum breaking the psychological price barrier of US$3,000, we may be seeing a bullish sentiment in the space.

We saw how cryptocurrency acted like a type of “refuge” currency as the Russian ruble hit a record low after sanctions were imposed against Russia. This suggests that Russians are potentially moving money from their native currency to crypto.

The increased demand for Bitcoin resulted in BTC trading at a 6% premium versus the Ukrainian currency, Hryvnia, as the Russian and Ukrainian markets spiral out of control and investors seek financial assurance in crypto.

Many believe that Bitcoin or cryptocurrency as a whole can be a useful asset during geopolitical turmoil. The performance amid the volatility has some bulls pointing to a break from the narrative that crypto is just another riskier asset.

One of the biggest events this week was the Pixelmon NFT reveal. The highly anticipated NFT reveal turns out to be nothing but a laughingstock. Collectors were furious as the art was shockingly bad with many disfigured illustrations.

The Pokemon-inspired Pixelmon was one of the biggest NFT launch sales ever as it raised a staggering US$70 million. The project had a promising roadmap with many perks of owning the first generation Pixelmon.

Osmosis, the AMM and biggest DEX in the Cosmos ecosystem, outperformed amid the market dip, seeing a 200% increase in TVL.

It soared in TVL lead from the unique feature it proposes known as superfluid staking which allows tokens from different chains to be deposited in AMM pools and at the same time, being staked/delegated in their respective chains. This can only be made possible through Cosmos’s IBC (Inter-blockchain communication).

As the cosmos ecosystem continues to gain traction in the crypto space, utilities such as superfluid staking and interchain staking put Osmosis in a unique position with Cosmos. Osmosis will scale along its parent ecosystem and will pride itself on being one of the most prominent applications in this space.

The largest NFT marketplace on the Arbitrum network was hit by an exploit. A bug in the exchange has allowed exploiters to purchase expensive NFTs for free.

Treasure marketplace is being exploited. Please delist your items. We will cover the costs of the exploit—I will personally give up all of my Smols to repair this. I cannot fathom what subhuman targets a fair launch marketplace for robbery, but they will not defeat the community.

John Patten, the co-founder of Treasure DAO, confirmed the exploit and urged users to delist their NFTs. Unfortunately, it was too late as many dishonest users who exploited the marketplace started to spread the know-how to other groups.

The price of Treasure native token, $MAGIC, took a dive after news of the exploit surfaced. It dropped from US$3.82 to as low as US$2.55. The price quickly bounced back and is now trading at roughly US$3.39.

US$8 million loan backed by NFT

Claimed to be the largest NFT collateralized loan, an anonymous borrower just took out a $US8 million loan backed by a collection of 101 CryptoPunks. The 30 days loan has an Annual Percentage Rate (APR) of 10% and was facilitated by Meta Street.

This is revolutionary in the crypto space because it promotes capital efficiency and NFT utility as idling NFTs can be used as collateral to take out loans for liquidity. The NFT borrowing market will only get bigger as more NFT collectors look into ways to get liquidity.

Also Read: All You Need To Know About Wrapped Ethereum (wETH) And How To Get It On MetaMask