The MekaVerse Debacle: A Deep Dive Into Its Fraud Allegations And Floor Price Collapse 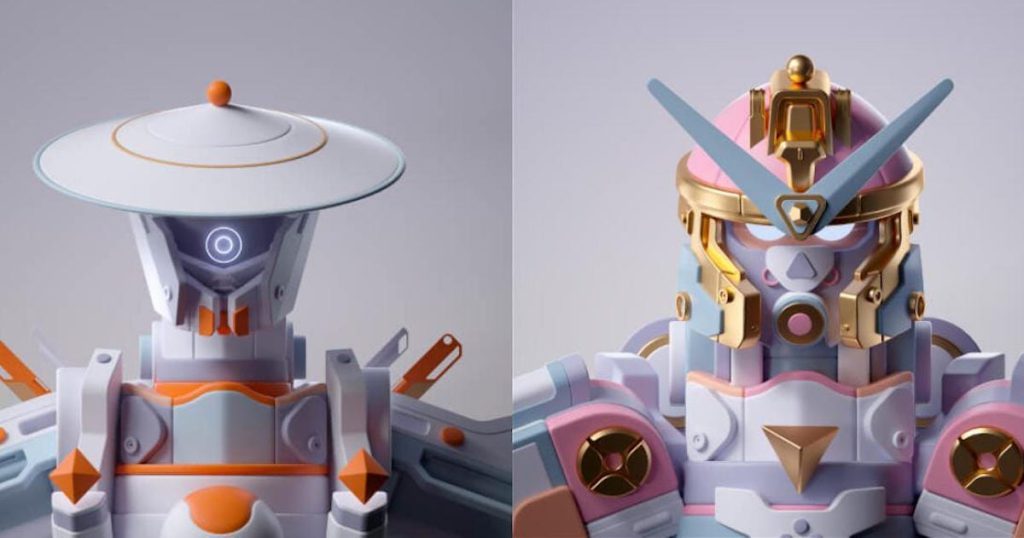 On 8 October, the drop of one of the most hyped NFT projects, MekaVerse, finally happened.

After months of waiting and a raffle process to determine which users would be able to buy one or two of the 8,888 unique Mekas, all Mekas were finally minted at a price of 0.2 ETH per Meka.

The minted Mekas remained at a ‘pre-reveal’ stage, meaning that users had no information on the final Meka they had bought, with the reveal scheduled for 13 October.

Immediately after the mint, many users began listing their Mekas for sale on the secondary market, at a whopping floor price of ~5 ETH per Meka. This quickly escalated to a high of ~8+ ETH, with an average sale price above 7.1 ETH prior to the reveal of the Mekas.

A quick look at the MekaVerse OpenSea page today, however, throws up highly contrasting numbers, with a floor price standing at 1.64 ETH, a striking difference to the highs that had been seen in the days before.

A large number of individuals who acquired Mekas on the secondary market have lost significant amounts of capital, a fact which is substantiated when looking through the recent transactions on Mekas.

We take a closer look at the events leading up to the extraordinary collapse of the MekaVerse floor price, and also discuss what lessons can be learnt from the MekaVerse debacle.

A brief outline of the Mekaverse NFT project

Inspired by the style of the popular Japanese anime Mechanic Warrior Gundam, the project is led by Mattey & Matt.B, who are both 3D artists based in France.

According to the official website, the founders of the project have previously worked with major corporates such as Apple, Microsoft, MTV, Adobe, Adidas, and Nike, amongst others.

Prior to the drop, the project had received significant attention and hype from the NFT community, given the striking sample illustrations of the Mekas.

As part of the initial roadmap, the MekaVerse team touted potential 3D printed collectibles, streetwear, as well as a future game as possible growth areas of the Meka Universe (the ‘MekaVerse’). The founders also outlined plans for a second, distinct drop based on more abstract subjects in the MekaVerse.

With all the hype and attention, the official Discord of MekaVerse swelled quickly to over 25k members. During the raffle phase of the drop, the official Discord and registration website both experienced outages, as nearly 120k participants attempted to access the portals at the same time.

Despite announcing that the Mekas would be fully revealed by 13 October, the team abruptly announced that there had been an issue, which would delay the official reveal by about a day.

In the details provided by the team, it was stated that there had been a discovery that 10 of the Mekas actually had several identical features, which would require a change in code.

This began to raise eyebrows amongst the NFT community, with a number of prominent NFT personalities on Twitter commentating on the ‘challenges’ that the team was facing. Moreover, the delay in the reveal was also atypical of a high-profile project.

Eventually, the Mekas were finally revealed after the delay. However, rather than placate the frustrations of the community, the reveal quickly descended into controversy.

In the aftermath of the reveal, several prominent NFT collectors began noting serious issues with the MekaVerse drop.

One of the most viral posts was by a user named MOLOTOV, who accused the MekaVerse launch of being ‘rigged’, pulling examples from OpenSea and other resources which suggested one of the developers on the project (WyB0) managed to purchase one of the rarest NFTs around the average price before the reveal.

To provide some further context – Wyb0 was shown to have acquired a Meka for 6.83 ETH on the secondary market at the pre-reveal stage, with the Meka ultimately turning out to have a rarity ranking of #16 out of 8,888 Mekas. MOLOTOV accused WyB0 of having insider information regarding the rarity of the Mekas, which called into question the integrity of the drop.

Other Twitter users also noted suspicious transactions in relation to the rarest Mekas, with a large number of ‘suspicious buys’ of these Mekas on the secondary market, before they were revealed.

The MekaVerse team came out in full force to deny the allegations, stating that the details of the reveal were not known to anyone.

WyB0 himself also came out to state that his personal transaction happened before he and his team received any information on the final images of the Mekas, although most observers remained skeptical of his claim. To further alleviate suggestions of fraud and profiteering, Wyb0 stated that the dubious Meka in question would be auctioned off to charity.

Aside from the fraud allegations, many users also noted the striking similarities of certain Mekas, countering the promise of the team that the collection would be unique. As shown in the image below, Mekas #945 and #1564 are hardly distinguishable from each other. Many users piled on to post comparative images showing the undifferentiated nature of certain Mekas.

With accusations running amok and the MekaVerse team in full-on defense mode, the floor price of Mekas quickly began plummeting.

Users who did not receive Mekas with high rarity began selling their NFTs quickly, leading to a rapid collapse in the floor price. As shown below, the minimum price of a Meka dropped to ~1.3 ETH after reveal, before recovering recently to ~1.6 ETH.

In particular, many Meka buyers took to Twitter to express their disappointment at the reveal and the missed promises that had been made by the team.

The official Discord page of MekaVerse also became a highly confrontational battleground between self-proclaimed MekaVerse Maxis (hardcore supporters) and those who sat on the opposite side of the table.

What can we learn from the MekaVerse collapse?

Given the dramatic fall in the floor price of Mekas, it is clear that many buyers of Mekas in the secondary market have lost significant amount of their capital. Given the high secondary buy-in price of Mekas (from 5 ETH to 8-9 ETH at its pre-reveal average), it is likely that a large number of Meka buyers had invested significant amounts of their portfolio capital into the project, in the hope that the price of each Meka would continue rising.

Investors and collectors in NFTs should certainly only invest capital that they can afford to lose. It is important to remember that NFTs are significantly less liquid assets than crypto tokens. In a bearish situation, where high-intent sellers outnumber buyers, the floor price of an NFT can collapse rapidly as sellers seek liquidity, evidenced in the MekaVerse situation.

Secondly, users should also note that roadmaps and promises are not tangible nor binding. While lofty proclamations can be made, NFT buyers should remember that they are, at the end of the day, investing in the promise of a project. What is ultimately delivered remains a highly uncertain variable – to mitigate such risks, users should spend more time researching the profile of the team, as well as make their own assessments of the roadmap outlined by the project.

Lastly, the MekaVerse debacle serves as a useful reminder that a lot of opaque dealing go on ‘behind the scenes’ in any project. Users should factor in this risk as they invest their money into projects, given that it is nearly impossible to mitigate the issue of information asymmetry. While the MekaVerse situation has become a ‘he said, she said’ saga, it is clear that the controversy around the drop and reveal has already had a highly negative impact on perception around the project.

Also Read: An Introduction To The Various Scams Happening In The NFT Space