Introducing Monkey League: Is This Solana-Based Esports Metaverse The Next Axie Infinity? 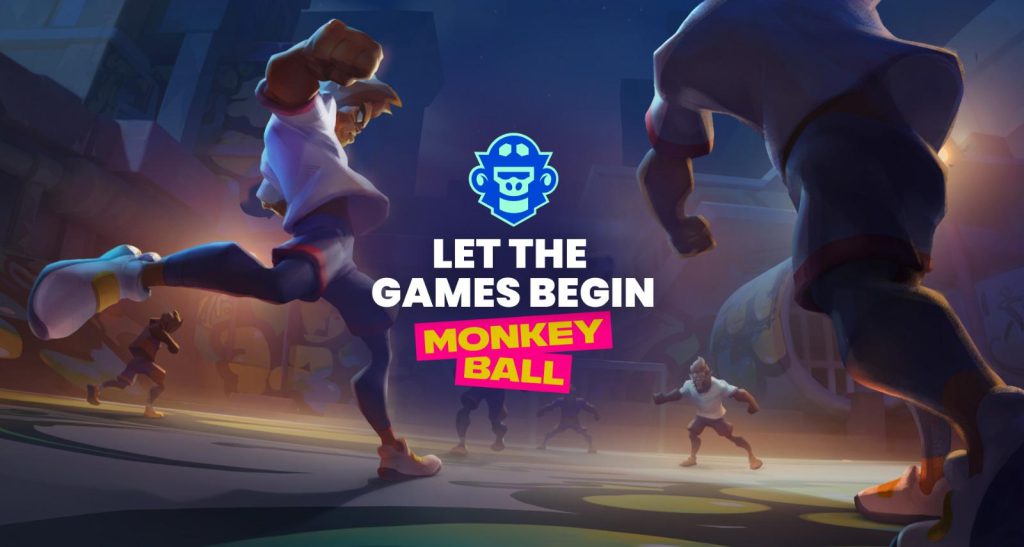 Monkey League is a Solana-based, next generation e-sports metaverse. It combines high-quality multiplayer games with blockchain technology, NFTs, and decentralized finance to make a turn-based soccer game that’s easy to learn but hard to master.

Monkey League is a combination of FIFA Street and Final Fantasy. The game is made with the Unity game engine, and can be played on both desktops and on mobile in the future.

Monkey League is a fast-paced, turn-based, play-to-earn arcade soccer game that lets everyone participate and earn points in the process.

Monkey League is a sport in which players construct their ideal Monkey League squad, consisting of four monkeys who cover the positions of striker, midfielder, defender, and goalkeeper.

Although each Monkey can play any position, each possesses intrinsic characteristics that enable it to perform better in an individual capacity.

Matches are contested between two teams, and last 12 rounds — 6 rounds per half, with each team taking the field twice.

A game is considered complete after both teams have completed their turns. Each unit has three actions available to them throughout their turn — moving a player, dribbling, passing, or shooting the ball, or performing a Special Move.

Each round ends when a player has completed their activities or has hit the “End Turn” button.

A player’s precision score is challenged while kicking to score a goal, for example, because the goalkeeper’s agility is greater than the player’s.

In a similar vein, when attempting to dribble, a Striker’s dribbling score is disputed by the power of the opposing Midfielder.

When a monkey is rare, some players’ abilities are set and can’t be changed. Other skills can be learned and improved over time.

The stadium is the “land” form of the game, and it is one of the most significant assets in any blockchain-based game since it represents a physical location.

Its primary function is to serve as a location for tournaments, games, and other special events, and stadium owners can benefit from this by collecting Monkey League fees as a means of compensation for supporting these activities.

Even if a stadium isn’t being used to hold events for a while, it may still be valuable to the owners, who can use it to train their monkeys and improve their abilities.

To grow its user base, a stadium may be updated by hosting unique contests and special events and by constructing specific luxuries within it.

When playing as a spectator, a player must watch and support the Monkey side with the best chance of winning the match.

In addition to the monetary rewards of being a spectator, players gain non-monetary perks such as the ability to analyze a team’s plans and provide morale-boosting assistance.

With the use of boosters and game goods, viewers may also elevate their level of complexity while selecting a team. By boosting their odds of picking the best potential winner, viewers can earn significantly more MBS without encountering any difficulties.

MonkeyBucks, commonly known as MBS, is the in-game money of the Monkey League. There are six different ways to obtain MonkeyBucks, which have a total quantity of one billion in total.

It is possible to purchase them on the game’s supported decentralized exchanges. Players may earn them by participating in matches, completing tasks, opening treasure boxes, hosting stadium games, or just by watching the game.

Gamers may utilize MBS to buy consumable objects from Monkey League’s shop or breed more Monkeys, depending on their experience level. In addition, these transactions are crucial for the platform since all of the funds generated from these activities are re-invested in the game’s treasury, assuring the ecosystem’s long-term viability and sustainability.

SCORE is Monkey League’s governance token, and it is used to access the DAO, or decentralized autonomous organization, that the company operates.

Voting and governance processes, as well as economic decisions that have a direct impact on Monkey League’s treasury, will be introduced gradually into the platform over time.

A player’s SCORE may be used to stake money in the game’s treasury to vote and to earn SCORE awards as an incentive to participate.

Another advantage of staking SCORE is that it can enhance players’ assets, making it a desirable alternative for those who wish to strengthen their position in the game further.

The Gen-0 Monkeys will be available in the future NFT update for Monkey League. Through the mating of Gen-0 Monkeys, players may generate Gen-1 Monkeys, and so on. The goal of the game is to guarantee that there are good teams and leagues to facilitate matching.

It is worth noting that Monkeys will have a variety of looks and natural game talents, bonuses, rarity levels, gameplay abilities, and more.

The crypto and blockchain gaming community has been paying close attention to Monkey League over the last several months, and the game has garnered a great deal of interest.

For example, in October 2021, the founders of Draftkings, Solana Capital, Republic, NFX, iAngels, and Longhash, invested US$3 million in Monkey League in a round of funding led by Solana Capital.

Furthermore, in December 2021, the Monkey League team received an unknown amount of money from Alameda Research, YGG, and other well-known cryptocurrency investment companies.

In addition, all rounds were designed to accompany Monkey League’s initial DEX Offering (IDO), which launched on Starlaunch in November 2021.

Monkey League NFTs have been introducing limited-time in-game activities since the beginning of the game’s release.

Pioneers Gear-Up Camp, a free event for NFT owners, will offer the whole in-game supplies for a limited time.

In-game shopping and breeding campaigns will be available to NFT owners as well. Thus, each bearer will produce new monkeys.

The PvE Game Mode is also available to NFT owners to pit their skills against those of the environment.

Monkey League is a game that features a play-to-earn concept and has a lot of potential. It is the goal of Monkey League to establish an economic system regulated by players that is both unique and full of possibilities.

To achieve success in the highly competitive NFT gaming sector, the Monkey League team has loaded this game with desirable features that very few, if any, players will be able to resist.

This game can attract many players and carve out a distinct niche in the market thanks to its engaging gameplay and diverse earning choices.

Axie Infinity has the benefit of being the first game to market, but it will not be the only game in which players may make money in the future.

Both Axie Infinity and Monkey have a similar economic framework to one another. Monkey League on the other hand, is thought to have superior visuals and more addicting gameplay. This is a project that investors should keep an eye on.

Also Read: What Is Friktion? How To Start Farming On Solana’s Largest Structured Product Protocol