Could The New UK Prime Minister Usher In The Next Wave Of Crypto Adoption? 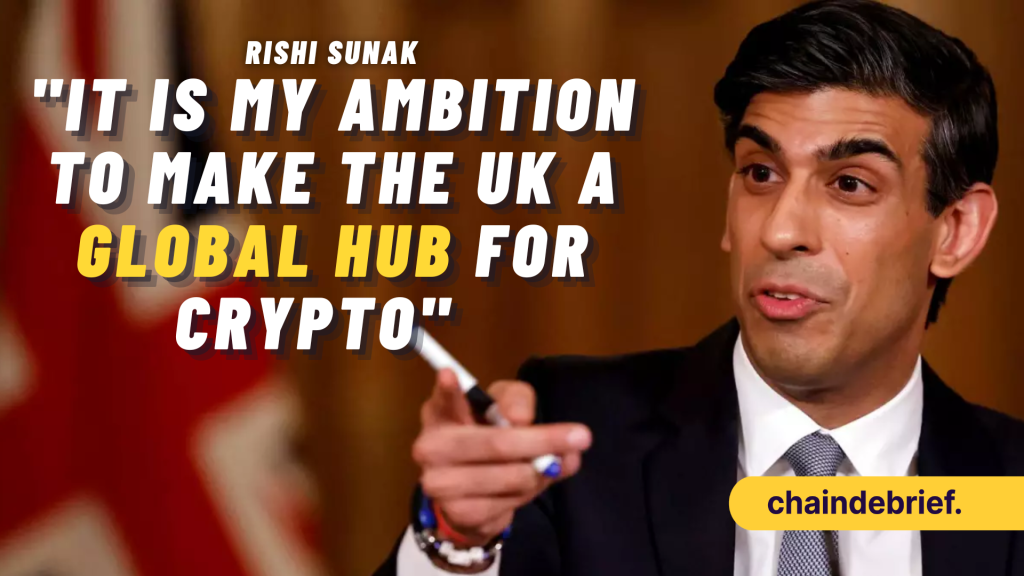 After interim Prime Minister, Liz Truss resigned last week coupled with the rumours that Boris Johnson may return over the weekend, it was just announced that Rishi Sunak has been named to fill the position to become Britain’s next prime minister.

Prior to this, he was the finance minister for Britain which led the U.K. economy through the COVID-19 pandemic.

As he closes in on the role, he claims he will fix the economy once more. “I want to fix our economy, unite our Party and deliver for our country,” Sunak tweeted on Sunday.

Rishi Sunak, who shepherded the U.K.’s new crypto ambitions during his time as finance minister under former Prime Minister Boris Johnson, had plans to turn the U.K. into a crypto hub.

He also helped usher in the Financial Services and Markets Bill, which, if passed into law, could give local regulators broad power over the crypto industry – starting with bringing asset-pegged crypto like stablecoins into the scope of payments regulations.

Under his leadership, the country’s coin producer, the Royal Mint, was tasked with creating a non-fungible token (NFT) collection, which has yet to come to fruition.

In addition, about 1 year ago, he launched a joint task force with the Bank of England to explore the case for introducing a Central Bank Digital Currency in the U.K., along with two new forums to engage technical experts, and key stakeholders (including financial institutions, merchants, business users, and civil society groups).

11 months ago, Rishi took publically to explain what CDBCs are and how they could benefit businesses and consumers.

In Deloitte’s words, a CBDC is “an electronic form of central bank money with potential wide use by households and businesses to store value and make payments”. Take it like a digital version of money, just like a digital banknote, which can be used alongside physical notes and coins.

Although there were mixed reactions around how CBDC might affect regulatory methods like interest rates and bank loans, its main goal is to streamline the digital transaction process.

With the digital economy exponentially growing, CBDCs can provide modern infrastructure to effectively participate in the ever-changing digital world.

Furthermore, employing CBDCs would improve resilience by providing a new payment infrastructure, while new technologies like the blockchain could prove to be more resilient than the incumbent infrastructure we know today.

Another area CBDCs can be considered is to achieve financial inclusion. The introduction of CBDCs can introduce competition, stimulate innovation and drive down costs to broaden access. If the U.K. decides to double down on this route, it would be beneficial for countries where the underbanked occupy a large chunk of the population.

What does this mean for crypto?

While Rishi Sunak appears to hold a positive view of crypto, blockchain, and distributed ledger technologies, the path forward is still not certain.

But one thing is for sure, the future of crypto innovation and regulation in the U.K. looks clearer. In his new role, Sunak will likely appoint a Chancellor of the Exchequer who shares his positive views on crypto technology.

This step towards introducing crypto on a global level brings us one step closer to crypto adoption. Especially when there are talks about executions being made nationwide, it would naturally create chatter amongst neighbouring countries beyond the U.K.

While the crypto space enjoys this small win, the battle has not ended. A viable future of crypto adoption will only see success, only if it is proven worthy. Till then, there is more that needs to be done in priming crypto, with its usability and functionality, to serve the global audience.