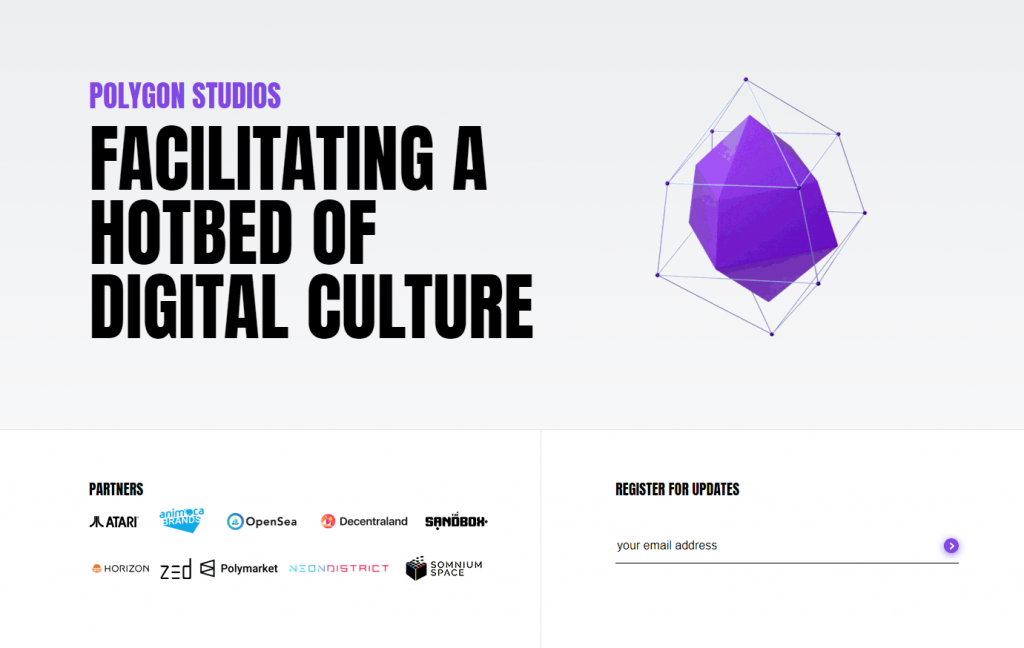 On top of the newly formed Polygon Studios, it has also set up a $100 million fund for projects aimed at blockchain gaming. This comes following the huge growth in Axie Infinity which saw its in game monthly revenue exceeding the whole of the ethereum ecosystem in July 2021.

Polygon, founded in 2019, is being used by more than 90 decentralized apps (DApps) and it has had more than seven million transactions and 200,000 users.

Its unique address recently surpasses 25,000,000, and is continue to grow thanks to its low gas fees which enables transactions on its blockchain to be faster and more efficient.

“We don’t want to be a VC. This is not our strength,” Shreyansh Singh, the head of gaming and NFTs at Polygon told GamesBeat.

“We will incubate some products and teams that want to build projects. Maybe we can get them an external license and support them. We are here to support the entire ecosystem. We want to add value and bring the next 100 million users.”

“With the launch of Polygon Studios, games get 360-degree building support, big brands and much loved franchises can launch on Polygon, and gamers can enjoy a whole new world of play to earn opportunities and decentralised gaming,” the company said Monday.

More than 60% of today’s NFT and blockchain-based web 3.0 games, including Decentraland, Sandbox, Somnium Space, and Decentral Games, have chosen Polygon’s Proof of Stake blockchain as the preferred scaling solution.

Polygon has attained a great deal of popularity among developers seeking to escape the high transaction fees on the Ethereum mainnet. Back in May, it also attracted an undisclosed investment from billionaire investor Mark Cuban

Also Read: An Introduction Of Polygon And Why It Is Growing Exponentially