Sudoswap: The Next Generation NFT Marketplace With No Royalties 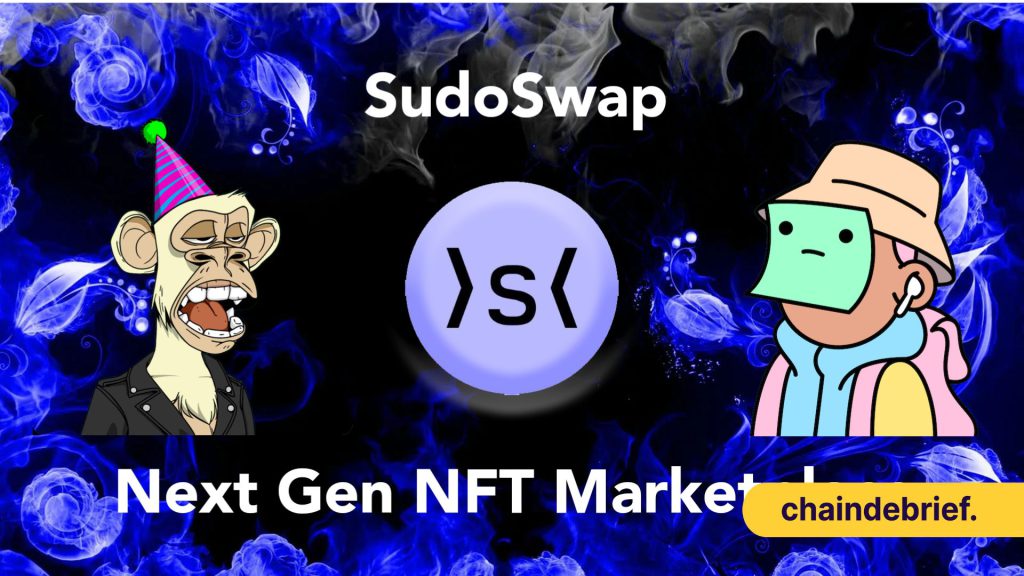 If you have been monitoring CT (Crypto Twitter), you would have definitely come across multiple Twitter threads on sudoswap.

Launched in July this year, it is a next-generation decentralized gas-efficient NFT marketplace that allows users to swap NFT using an automated market maker (AMM) model.

sudoswap is at the forefront of innovation, breaking the paradigm of NFT liquidity and trading.

Crowned as the “Uniswap V3 of NFTS”, it uses the magic formula for AMMs, x*y=k to solve the NFT liquidity problem.

Similar to an AMM decentralized exchange (DEX), liquidity providers (LPs) have to provide the liquidity pool for the pair to be tradable.

LPs can choose to provide single-sided buy or sell pools or provide both sides along a specific price range called the bonding curve. It gives LPs a lot of control over the pool structure.

LPs will then be able to earn fees whenever other users swap NFTs for ETH or vice versa, opening up a whole new stream of revenue.

Sellers have two choices – to either sell or list their NFTs on sudoswap. By selling their NFT, it will be instantly sold to the bonding curve at the best price possible. If the seller chooses to list their NFT, they have to set the desired price they want their NFT to be sold at.

And of course, like any normal AMM DEX, there will be slippage when swapping. Since slippage is negatively correlated to liquidity, low liquidity would mean high price slippage. In a high slippage environment, the buyer would get less market value for the NFT they purchase.

Check out the above thread for more info.

sudoswap is also royalty-free and sellers can skip paying a percentage of their profits to the NFT creator.

This differs from the norm where NFT marketplaces like OpenSea allows creators to turn on royalties.

This unique design also spawned a controversy of its own as it split CT into two: those who support creator royalty and those who don’t.

American digital artist Michael Joseph Winkelmann, more famously known as Beeple, also came out with his own take on the controversy.

He stated that there is no way to technologically forced royalties instead, artists or creators should focus on building a base that would want to honor these royalties.

Since the beginning of August, sudoswap experienced explosive growth in numbers. The volume grew from a 7-day average of 70 ETH to the current average of 565 ETH.

The rapid growth could be attributed to a few factors, pools set up by high-profile NFTs such as Clone X, media coverage and an insane number of Twitter threads.

The number of users has also been steadily on the rise. On average, the protocol is getting over 700 new users per day and the number of total users is over 9,000.

In less than two months, the protocol generated over US$80,000 in platform fees with over 59,000 NFTs traded.

sudoswap is by far a huge success and I wouldn’t be surprised if it gets acquired by OpenSea like how they acquired Gem, the leading NFT marketplace aggregator.