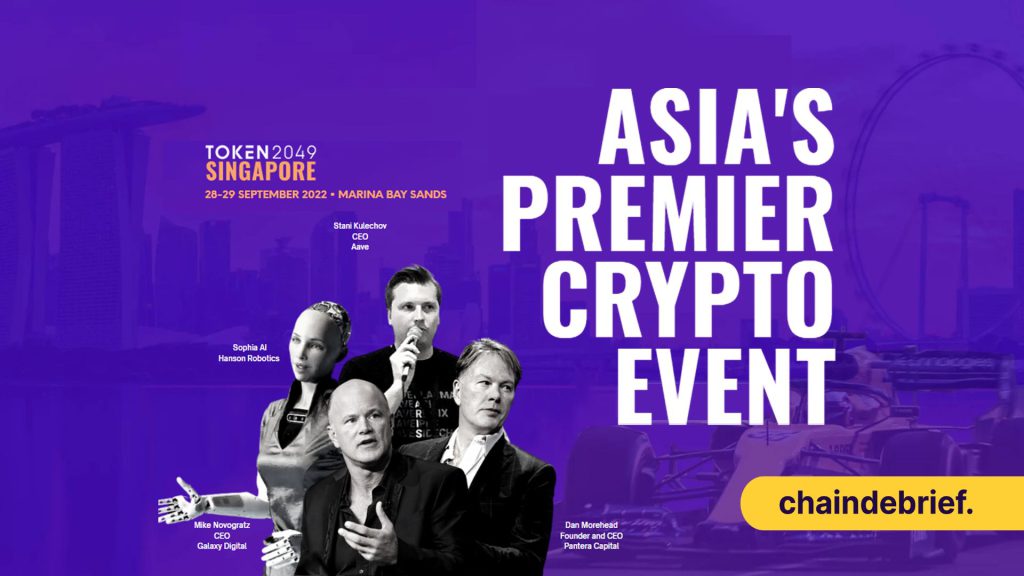 As Asia’s premier crypto event, Token 2049 is raising the bar for crypto conferences – and that includes night life.

The event, which will run from the 28th to 29th September, features a prominent list of speakers accompanied by an impressive line of side events.

Furthermore, the official closing event, occurring on 30th September (Friday), will take place over the rooftop of the city’s most iconic building, Marina Bay Sands.

Named “AFTER 2049”, it will occupy both the iconic observation deck that offers unparalleled, uninterrupted views of the Singapore skyline, and CÉ LA VI, one of Singapore’s most iconic nightlife institutions,

“AFTER 2049 is our way of thanking our community, partners and speakers who’ve supported us from day one. We’re thrilled to be bringing some of the biggest names in electronic music, while showcasing some of the rising stars in the region.”

A limited number of tickets for AFTER 2049 will be sold via Resident Advisor from 13 September onwards.

The much awaited event is set to happen at the end of this month, and is expected to have more than 3000 attendees from across the globe and it will be held at Singapore’s most iconic hotel, Marina Bay Sands

Token 2049 is sponsored by 200 different tier 1 firms in the crypto industry. These include Crypto.com, FTX, Tron, Circle, Ledger, Nansen and Coinhako to name a few.

A notable addition to the title sponsor list is South Korean game developer, WEMADE. WEMADE is the creator of leading MMORPG series Legend of Mir, which has over 120 million players worldwide.

Tickets for the event can be bought here.