Low-Risk Yield: Here Are The Top 5 Staking Protocols On The Solana Network 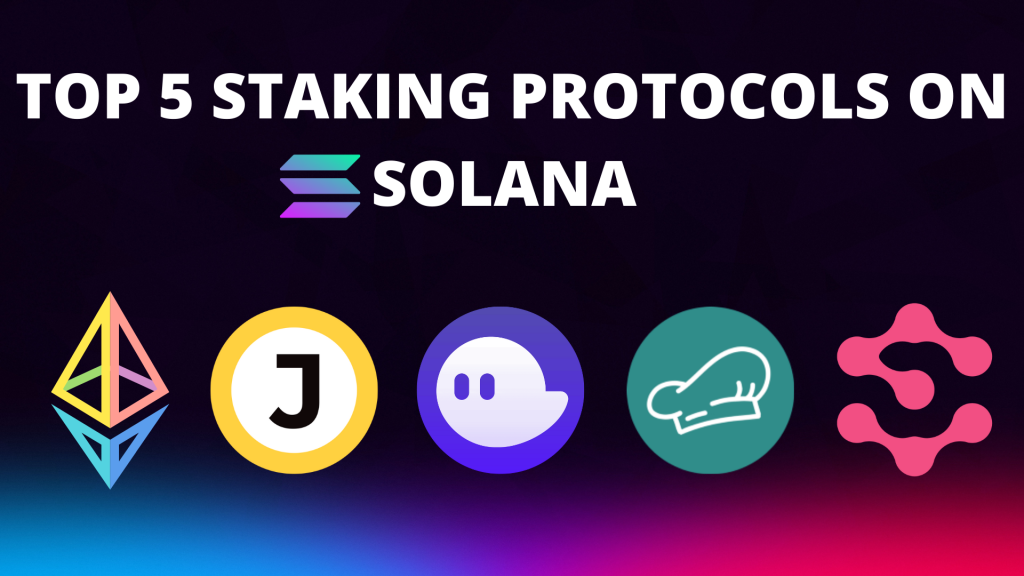 Staking is one of the ways users can earn passive income in the DeFi world.

Proof-of-stake networks like Solana and Avalanche have validators on the network to process transactions. Staking is essentially lending the SOL to a validator and participating in the network activity.

By doing so, it helps to decentralize the network and enforce network security. The stakes would then be rewarded with fees for participating in the network activity.

Here are five areas where you can stake your idling Solana tokens:

Hot wallets are a form of software wallet that is connected to the internet. Every decentralised finance (DeFi) user should have a hot wallet as it is the most convenient way to interact with decentralized applications (dApps).

A number of Solana hot wallets come with an inbuilt staking function. It is by far the easiest way to stake Solana as you don’t even have to interact with any protocols.

For example, Phantom is one of the most popular wallets in the Solana ecosystem. Phantom made it so easy that you can stake Solana in just three clicks.

The APY is not shown on the app itself, but you can check the estimated APY on each validator using this website here.

Picking a validator from the never-ending list on Phantom could be daunting, but fret not, as Stakewiz has a list of validators that are ranked based on a dozen factors — from operational history to validator uptime and more.

Furthermore, it shows the estimated Annual Percentage Yield (APY) of each validator which is not shown on the Phantom wallet. This value is estimated based on the validator’s performance as well as how much commission they charge.

Lido Finance started off as an Ethereum 2.0 staking solution protocol. It was created to solve the multiple issues users face for staking on Ethereum 2.0.

Other than the OG Ethereum, Lido Finance also expanded to support staking on other major chains like Terra and Solana.

The biggest selling point of a liquid staking protocol is the liquidity users get from staking through the protocol. For instance, if a user stakes SOL token through Lido Finance, he would receive the synthetic token stSOL in return.

This opens up a lot of DeFi yield generating opportunities where users can supercharge their gains using advanced staking strategies.

At the time of writing, Lido Finance is offering an estimated APY of 5.8% with over 36,000 SOL staked on the platform.

While Lido offers a lower APR compared to the other protocols, it is still one of the largest and long-running liquid staking protocols in the whole crypto ecosystem.

Launched on August 2021, Marinade Finance is the first liquid staking solution built on the Solana blockchain.

Marinade Finance is a non-custodial community-driven project that aims to make its version of syntactic SOL, mSOL, the unit of account across the whole Solana ecosystem.

Currently, Marinade Finance is leading the staking game with a staggering amount of 6.82 million SOL staked on its protocol.

With so many reputable audit firms that went through the codes, smart contract risk would be the least of your worries.

Since Socean’s main-net launch in September, we are extremely impressed by the rapid growth in the short span of weeks. Dragonfly is incredibly excited to support a stellar team of builders to provide the best liquid staking service on Solana.

Socean Finance is a fully transparent protocol with an algorithmic staking function. Unlike other protocols that may stake on only one to two validators, Socean’s algorithms would stake dynamically and automatically switch validators to maximise returns.

Furthermore, it is 100% transparent with a real-time dashboard featuring all the validators chosen by the algorithm. This helps to reassure users that the algorithm is working well and only delegate to good performing validators.

scnSOL the syntactic token of Socean Finance is widely accepted by many Solana DeFi protocols from popular decentralised exchanges (DEX) like Orca to decentralised option vault (DOV) like Friktion.

Socean Finance is also backed by multiple high profile backers. It managed to raise a whopping US$5.75 Million in seed funding. The seed round was led by Dragonfly Capital and saw a number of notable VCs jump on the bandwagon.

Last on the list is the new kid on the block, Jpool. Like the rest of the protocol listed in this article, Jpool is also a liquid staking protocol.

Jpool also partnered with multiple DeFi protocols like Raydium and Orca such that users can earn yield by providing liquidity using its synthetic token, JSOL.

At the end of the day, this article is just a simple guide for staking. There are other advanced staking strategies you can apply to supercharge your gains. But of cause, it is important to understand that those strategies come with added risk.

Also Read: Here’s The Full List Of Yield Farms On The Solana Network And The Top 3 To Look Out For