VeChain: How It Disrupts Supply Chains with Blockchain Technology 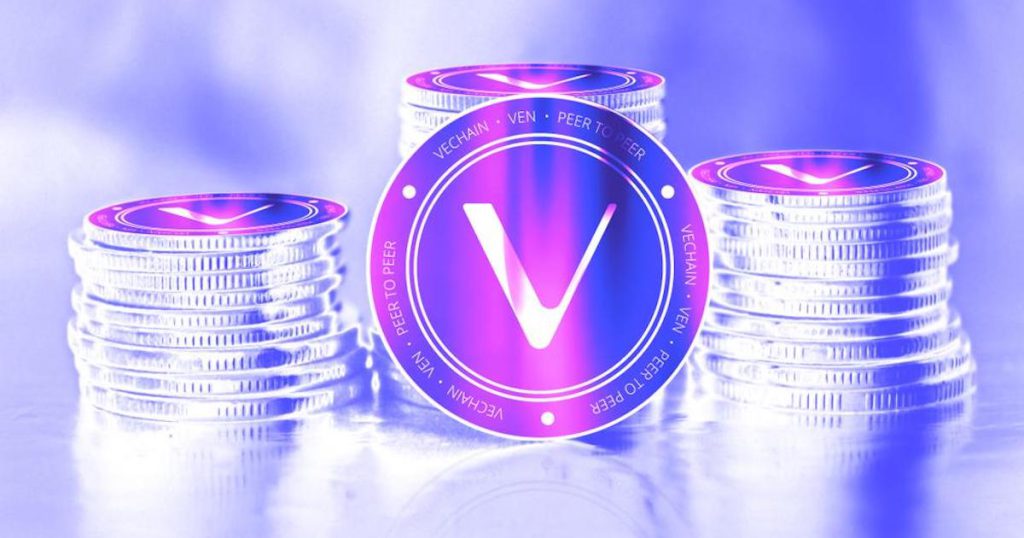 Earlier this year, the container ship Ever Given got stuck in and blocked the Suez Canal, one of the world’s most important trading routes, which was speculated to cause a $400 million per hour loss to various industries across the world due to supply chain problems.

With globalization being sped up by the Covid-19 pandemic, supply chains have become an ever-increasingly important and profitable industry, so much so that one cryptocurrency, VeChain, in hoping to disrupt through its “Blockchain As a Service” structure.

VeChain was founded in 2015 by electrical engineer Sunny Lu, who was the former Chief information Officer of Louis Vuitton China and has over 20 years of experience working in supply chain infrastructure.

The project uses a dual-economic token model, with its native $VET token representing the blockchain’s value, being used as a smart payment currency and staked by nodes which can participate in governance. Its second token, $VTHO, functions similarly to Ethereum’s gas and is also distributed as a staking reward.

While $VET has a hard cap of around 82 billion tokens, $VTHO does not, and instead 70% of it is burnt during transactions with the other 30% going to Masternodes. $VTHO price can also be adjusted through various mechanisms based on governance consensus protocols.

How the VeChain blockchain works

VeChain uses a unique PoA (Proof of Authority) consensus algorithm to validate transactions on its VeChainThor blockchain due to their specific use cases.

Mainly, this allows them to maximize security and scalability while maintaining a balance of centralization and decentralization.

This algorithm means that there can only be 101 Authority Masternodes, who have to stake a minimum of 25 million $VET, provide KYC and be approved by the VeChain Foundation, a non-profit entity established in Singapore.

While the blockchain sacrifices decentralization, Masternodes are incentivized to perform their roles thanks to staking rewards and high barriers to entry, which allows for the blockchain to remain highly secure and have great throughput.

There are also Economics Nodes that can participate for a lower amount of staking rewards based on their amount staked and are less involved in governance.

The project also constantly works on development in order to achieve mass adoption and is rolling out its PoA 2.0 to address problems with its initial PoA 1.0 consensus algorithm.

A notable upgrade in PoA 2.0 is fee delegation, or VIP-191, which enables transaction fees on the VeChainThor blockchain to be paid by a secondary address and not the sender. This allows for participants to pay for gas fees in their native currency, and is attractive for businesses who do not wish to purchase $VTHO but wish to participate in the VeChain ecosystem.

VeChain use cases and partnerships

Vechain was created with the vision of lowering the barriers to successful businesses through blockchain technology.

Currently, its Dapps (Decentralized Applications) are appealing to enterprise adoption through IoT (Internet of Things) by solving the following supply chain problems

The project has one thing going for it that many other blockchains still lack – actual, real world use cases which value add to existing businesses.

Though VeChain has various notable partners worldwide, the project is working heavily with China, where supply chains are still developing but highly sought after.

This includes national level partnerships, imported goods such as foods and fashion which are often counterfeited and professional services to improve data collection mechanisms.

On December 13 2019, 1.1 Billion $VET tokens were transferred out of a private wallet address owned by the VeChain foundation that was used for token buybacks.

However, the foundation managed to freeze all the respective funds and prevent them from being used for further transactions.

They later also stated that this was due to negligence of a staff member in following the proper procedures and maintained that their network and blockchain systems were not compromised.

Since then, the foundation has assisted a team of cybersecurity and blockchain experts to assist with security checks of future wallets.

Though there are possible implications, these risks have been tackled transparently and sets a positive precedence in the project’s ability to manage such unforeseen circumstances. The fact that the attack could only occur due to a staff member’s negligence also helps maintain in network security.

Though the blockchain functions on a dual-token system, as $VTHO is used for gas and its prices can easily be deflated to ensure smooth throughput, we will only be focusing on the $VET token.

$VET’s 1 year ROI stands today at around 1400%, despite trading at a 51% discount from its all-time high and it’s steady price growth since the March crash earlier this year has helped it claim the 23rd spot by market capitalization.

The fact that $VTHO can only be minted through staking also helps protect against depressive price action and provides further incentive to hold $VET long term, especially since $VTHO’s token has so many use cases.