What Are Gas Fees? Why They Get So High On Ethereum, And How To Adjust It On MetaMask 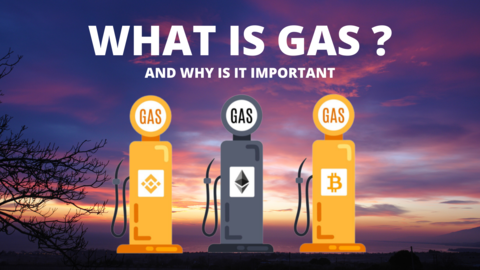 So what exactly is gas and who or what determine the gas prices?

Gas is something users are required to pay in order to execute transactions on the Ethereum network. It is called gas because it acts as the role of gas in the same way that a car needs gas to run.

The cost of gas for transacting on the Ethereum network is also commonly measured in Gwei. Gwei is a denomination of the cryptocurrency Ether, and it is equivalent to 0.000000001 ETH or 1 billionth of an Ether.

High gas fees is one of the main reasons that birthed other Layer 1 blockchains like Solana and also Ethereum layer 2 scaling solutions like Polygon.

The gas fee for other networks is significantly lower compared to the Ethereum network. For instance, the current Polygon gas fee is around US$0.001 and for Solana it is even lower at US$0.0004.

How gas powers the ecosystem

More complex transactions would require more gas fees. A simple transfer of ERC20 tokens to another wallet would incur a significantly lower gas fee than doing a token swap on a decentralised exchange.

Mempool, short for memory pool, is a cryptocurrency node for storing unprocessed transactions. Here, miners can decide which transaction they want to validate and can decline to process the transaction if gas limit is too low.

Priority fees also known as tips can be sent to miners to prioritize the transactions. This is especially useful when you want your transaction to be approved first before the other users.

Gas fees also increase or decrease based on the number of users interacting with the blockchain. Gas can get expensive when the network is experiencing a high volume of transactions.

For each new block added to the blockchain, there is limited space for how many transactions can be included. Due to supply and demand, miners are incentivized to prioritise and accept transactions at higher gas fees.

Gas fees also incentivise network security. As every transaction requires a fee, it would be very costly for bad actors to spam the network and also it helps to prevent Denial-of-Service (DoS) attack that is meant to shut down the network.

It is important to note that when the gas limit is set below the amount required of the transaction, the gas fee will not be refunded as it has already been sent to the miner to process the transaction.

How to adjust gas fees on MetaMask

Here is a quick guide on how to manually adjust gas fees:

This is the standard pop up you will see when MetaMask needs your authorisation to approve the transaction you are about to make.

To simplify the process, MetaMask would have already determined the amount of gas needed and show a rough estimate of the gas fee.

You can hit the “Edit” button next to the estimated gas fee for more options.

You can select the advanced options to manually key in the amount of gas you would like to spend.

Not sure how much gas to input? You can look up the current gas price for transactions at the Ethereum Gas Station. Alternatively, the Etherscan gas tracker is also another good site, just in case you need to cross-check.

Also Read: Gas Fees On Ethereum: What is Gwei, And How Do You Convert Gwei Into USD?