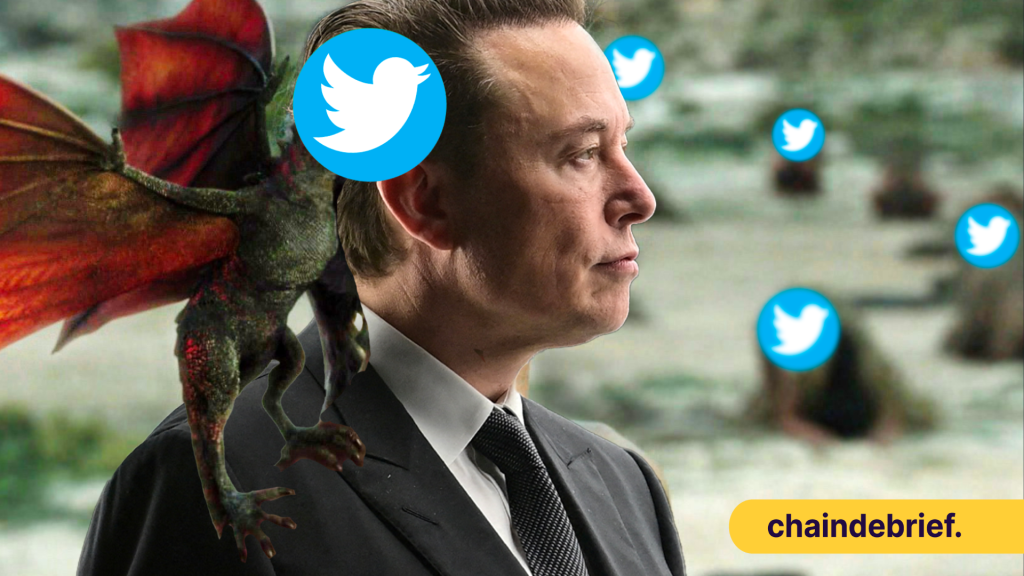 According to his tweet, Elon cleared the air about the reason for the acquisition, mainly to “help humanity.”

You ask any crypto natives, and they will call Twitter home.

So we know how important a tool Twitter is for Web3, here is how Elon is going to make it better.

We have to go back to the start though. Elon’s unique relationship with crypto saw him buying $1.5B worth of Bitcoin in January 2021, which saw its price jump by 19% in two hours.

Soon after, he quickly moved on to promoting dogecoin, insisting the project was much more fun. While his tweets regarding the meme coin are not to be taken seriously, the market could not disagree more.

His influence on the market goes no boundaries, especially when he announced Tesla will no longer accept payment in Bitcoin, citing environmental concerns. The markets tanked.

While Elon had reinstated plans to accept bitcoin as a form of payment only if Bitcoin mining becomes a greener industry, his love for Bitcoin was never the same.

It was revealed in July that Tesla has sold 75% of its Bitcoin holdings at a loss, but Tesla still remains one of the largest corporate holders of Bitcoin amounting to about 10,500 Bitcoins.

There is no doubt his influence and presence on Twitter can, literally, move markets. While his acquisition has been seen as a positive development for Web3, his primary motive for acquiring Twitter was to promote freedom of speech and foster worldwide dialogue.

Elon’s first discussion with his employees was in regard to cryptocurrency payments and scams. Drawing reference to how WeChat works in China, as a social, communicative and payment platform, he wanted to include payments which will enable him to transform the platform into an “everything app.”

With Twitter being in the works on integrating crypto wallets, it would hardly be surprising for it to enable payments in Dogecoin.

Killing all the bots

The next thing on Elon’s priority list is the elimination of bots. Bots on Twitter have caused real harm to crypto users by scamming them into clicking malicious links. Under his ownership, he tweeted that Twitter will “authenticate all real humans.” His crusade against bots will most probably make Twitter a safer experience for all crypto natives.

Having a low pricing model on a per-month basis but paying 12 months upfront, would likely prevent spammers from gaming the system by signing up for only a few months.

Long-form tweets would be amazing. I am thinking from the point of view of crypto threaders. Not only would they be able to curate more informative content, but longer form content also bridges the gap between the content you see on medium/substacks and on Twitter. It could be a win-win.

While this could be Elon’s attempt to give back to the creators in space, only time will tell how this will play out.

This rewards mechanism gives me a de ja vu on how blockchains are rewarding creators with SocialFi. With his positive outlook on the web3 space, incorporating elements of that could be a possibility.

While the future with Elon and crypto Twitter leans towards a positive light, the completion of the aforementioned will not happen overnight. And let me remind you, Elon is a busy man, with Tesla, SpaceX and many other ventures on his shoulders, Twitter will occupy another heavy load on his back. Will that be detrimental to the space? or do you think Elon will march forward with new innovations in making the “everything app” a reality?