What Is Curve Finance – The Largest Decentralized Stablecoin Exchange 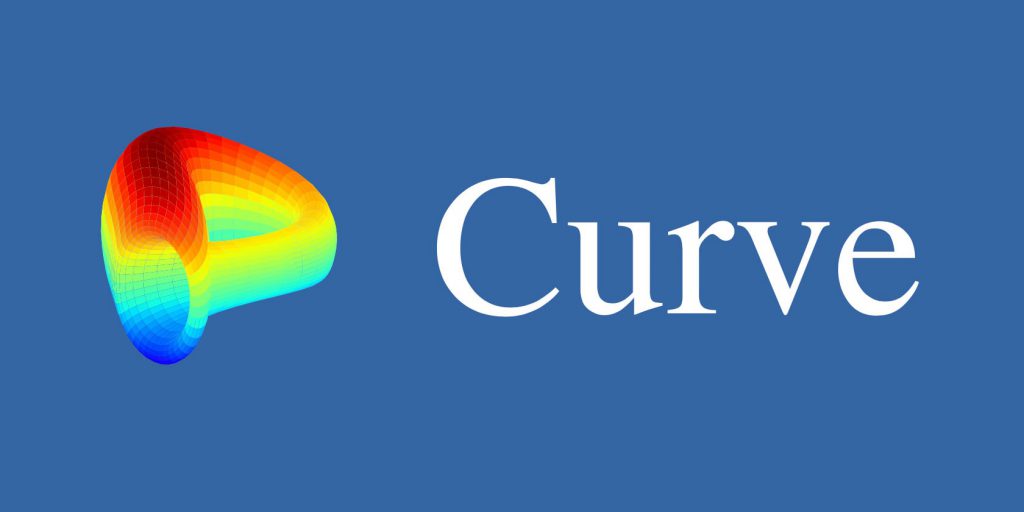 Introduced by Russian physicist Michael Egorov, it uses the same automated Market Maker (AMM) model that is similarly employed by other notable DEXes like Uniswap. Curve was created to solve the inefficiencies of stablecoin trading, which is a fundamental part of the decentralized finance (DeFi) ecosystem.

Previously, stablecoins struggled to maintain their peg with the dollars. With Curve, the ability to arbitrage between numerous popular stablecoins on a single platform can be done more efficiently with much less slippage. Coupled with attractive yields for liquidity providers, it is no surprise that Curve is one of the major players in the DeFi ecosystem.

What Problem Does Curve Intend to Solve?

Curve stands out from the sea of DEXes in the space simply because it has a singular focus; asset stability. The protocol only focuses on assets that are stable in nature – only stable assets with minimal market volatility are allowed to be listed in Curve pools. Examples of stable assets include US dollar pegged stablecoins and Euro (EUR) pegged stablecoins.

This focus is especially relevant amidst the exponential use and adoption of stablecoins in the DeFi ecosystem.

Stablecoins enable investors to generate above-average yields on their assets in DeFi protocols, which are often beyond the returns of traditional banking savings account. Generating yields while using stablecoins ensures that the underlying asset would result in the yields being unaffected by the cryptocurrency market volatility.

The proliferation of stablecoins in DeFi results in a pressing need to ensure that the stablecoins in use needs to keep up with their peg. This means that the price of popular stablecoins like USDC, USDT, DAI and TUSD should generally trade 1:1 between each other, since they are all designed to be pegged to the US dollars.

However, the sporadic volume of each stablecoin results in mispricing due to a lack of liquidity in a central platform. More importantly, swapping from one stablecoin to another requires the reliance of central intermediaries like a centralized cryptocurrency exchange or even directly with the issuer of the stablecoin itself. This entails a significant amount of fees along the process, which eats up into a user’s holdings.

Curve was developed to facilitate a central venue for efficient stablecoin trading with minimal fees, ensuring that stablecoins across the ecosystem would retain their peg.

Without Curve, arguably a user can use a DEX like Uniswap to trade between different liquidity pool pairs. However in the case of Uniswap, it has most of its liquidity pools in ETH.

So in order to switch from USDC to DAI, it is necessary to switch to ETH. Since Uniswap charges a 0.3% commission for each exchange. In effect, you end up paying two fees when you only wanted to make one trade.

The algorithm behind Curve maximizes liquidity and allows for less slippage during conversions, typically 100 times lower than Uniswap.

Launched at the start of 2020, Curve creates a low-fee environment for stable assets while providing the ability for liquidity providers to earn attractive yields that is far superior than traditional savings account.

The sole focus on stable assets allows users to mitigate the high volatility associated with the cryptocurrency market. This is why Curve is the most popular DEX in the DeFi space, with over $7 billion in assets that has been supplied by token holders (to generate yields) and locked in the protocol.

In comparison to other DEXes such as Uniswap, Curve employs a different AMM model in which it focuses more on minimizing slippage compared to maximizing available liquidity.

Slippage refers to the difference between the expected price of an asset and the actual price at which the price is executed. Additionally, the trading fees on Curve is much cheaper than other DEXes; a single trade on Curve incurs only a 0.04% fee, while a trade on Uniswap stands at 0.3%.

Since Curve employs the AMM model, its pools will constantly rebalance after each trade. This means that when a user wants to sell a certain stablecoin on Curve, say USDT, the following chain of events will occur on the USDT-DAI pool:

There are currently more than 40 liquidity pools on Curve, with a limited category of assets that include USD-pegged stablecoins as well as pairing pools of the biggest cryptocurrencies in the market; Bitcoin (BTC) and Ethereum (ETH).

Although BTC and ETH are inherently more volatile as compared to stablecoins, the Curve model focusing on stability is not compromised since the premise is that the assets must be stable relative to other assets within the same pool. This means that tokenized forms of BTC – such as sBTC (synthetic BTC issued by Synthetix protocol) and renBTC (tokenized BTC on the Ethereum network issued by Ren project) – could technically be in the same pool.

Why is Curve Worth Looking At?

Curve is currently the biggest DEX in the market, with TVL in excess of $7 billion. Given the size of the entire DEX ecosystem at just over $17 billion, Curve has a the majority market share of 41%.

This is a sterling achievement with only 40 available pools, relative to every other DEXes that has hundreds, if not thousands of pools. This proves that Curve’s highly efficient stablecoin protocol represents an important component in the wider DeFi ecosystem.

One of the strongest advantage of DeFi is at the heart of Curve’s protocol: composability. This means that users can repurpose whatever position they hold on Curve and use them to earn rewards elsewhere across the DeFi space.

In fact, numerous popular DeFi applications such as Yearn Finance, Synthetix, Compound, AAVE and Sushiswap leverages on Curve pools. The tremendous volume of liquidity from many players across the space contributes to Curve’s ever-increasing TVL and naturally puts a pressure on the circulating supply of CRV.

Curve’s focus on stabilization is something that is often overlooked amidst the sea of volatility and ever-increasing yields offered by the DeFi ecosystem. Curve’s offering represents a viable alternative to traditional savings account in banks. Just by providing USD-pegged stablecoins, investors could generate a healthy yield of over 3% annually, which is far and beyond the average savings account rate of 0.06% offered by banks. The stability of USD-pegged stablecoins is a natural choice for risk-adverse individuals and even institutions entering into the nascent DeFi space.

Users that supply their stablecoins into Curve pools have the ability to earn a significant rate of return that is far more superior that traditional savings account. The base APY of Curve pools can reach up to 4.3% annually, simply by just locking in one’s US pegged stablecoins into the pools.

Additionally, Curve introduced a novel mechanism called ‘Vote Locking’, which essentially allows tokenholders to lock their CRV into the protocol for a defined period. This confers the, with greater voting rights, higher yield generation and the ability to receive airdrops in the future.

The current annual percentage yield (APR) for tokenholders looking to vote lock their CRV stands at a whopping 9.65%. This high rate of returns incentivizes token holders to be invested into the protocol for the long term.

Getting started with Curve

To swap one stablecoin for another the steps are fairly straightforward.

You can also earn interest by staking and earning Curve tokens.

Also Read: An Introduction To Uniswap And What Automated Market Maker Means