The First Decentralized Stablecoin Created By MakerDAO: What Is DAI And Is It Still Relevant? 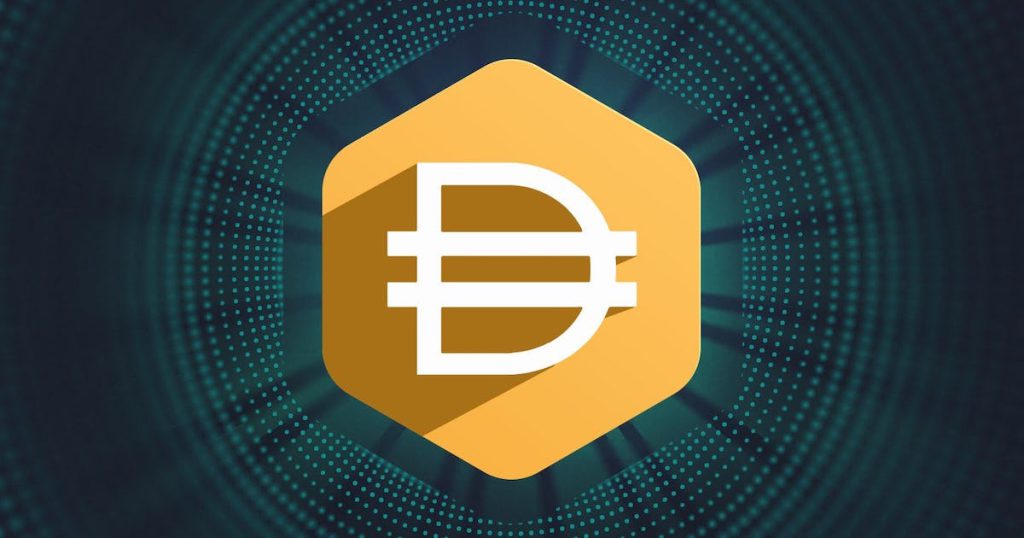 DAI is the first decentralized stablecoin that was created by MakerDAO, and was launched in 2017 when the ICO craze was just getting started.

To obtain DAI, users have to open a Collateralized Debt Position (CDP) where they lock up their collateral to borrow DAI. The CDP has to be kept at an overcollateralized rate of around 150% (depending on the asset). This is to ensure that DAI stays pegged in any market condition.

The reason that DAI is able to stay pegged is due to the fact that every US$1 worth of DAI issued is backed by an asset that is worth ~US$1.50 ($1.7834 to be exact) due to the overcollaterization of the CDP.

Whenever a user’s position is lower than the collateralization ratio of the vault, the collateral will be liquidated by an auction where Keepers (liquidators) are able to repay the debt and obtain the collateral.

However, if users want to redeem their underlying collateralized asset, they will have to return the DAI and pay a fee to MakerDAO.

How did DAI fare during previous market crashes?

When DAI was just launched, it was collateralized mainly by Ethereum. However, the event that caused MakerDAO to accept centralized stablecoin USDC as a collateral was the Black Thursday in March 2020.

The Black Thursday was the day the crypto market crashed and Ethereum halved in price in a day. This resulted in numerous CDP being lower than the required collateralization ratio.

Moreover, the gas price increased significantly due to congestion in the blockchain and the sudden price crash. Many Keepers were unable to take part in the liquidation, while some even profit significantly from it with minimal bids on the auction (near zero dollar bids for auction).

There was also 5.67 million DAI being uncollateralized due to this event. From this event, MakerDAO saw the need for a more stable asset in their vault which resulted in them taking on USDC and they made improvements to their liquidation system.

Messari’s MakerDAO report stated that the Liquidation 2.0 was made to be more accessible to others and efficient. This system was tested in the recent May 2021 market crash, where the liquidation system worked well and settled 41M of debt through 177 auctions resulting in only 2 liquidation losses.

The current landscape of stablecoins

(Also Read: What Are Stablecoins And What You Need To Know About Them)

The risk of centralized stablecoins is that the token issued is not backed by an equivalent value of asset in the real world.

On the other hand, algorithmic stablecoins risk falling into a death spiral when market participants do not act according to the plan, and the protocol fails.

Stablecoins currently are still seventh in terms of market capitalisation and has US$60 billion in volume daily. However, the centralised stablecoin still takes up most of the market capitalisation and volume which is worrisome, as regulators are increasing their scrutiny on the cryptocurrency scene and centralised stablecoin proved to be an effective way for them to intervene.

Moreover, with centralized stablecoins, the companies that issue them are able to freeze the tokens in the wallets rendering them unusable.

The amount of centralized stablecoin as collateral in the MakerDAO vault is worrisome as regulators have the opportunity to come in and blacklist MakerDAO.

Thus, the current landscape of Stablecoins is leaning towards true decentralisation. The clear market leader of decentralized stablecoin is currently algorithmic stablecoin Terra USD (UST), but some other examples are Magic Internet Money (MIM).

MIM follows the model of DAI where assets must be put up for collateral in an overcollateralized manner. However, the differentiating point is the asset that is put up for collaterals are interest bearing assets. With MIM, users are able to be more capital efficient as they are earning the staking rewards and at the same time further leveraging their position.

Failures of the algorithmic stablecoin

Most algorithmic stablecoins are unbacked or partially backed, and they maintain the peg through the control of an elastic token supply through two processes; expansion and contraction of supply on the market.

It is important to note the failures that algorithmic stablecoins have faced in the past, with some notable examples being Empty Set Dollar (ESD) and IRON.

ESD makes use of a price feed oracle to determine if it will be an expansion or contraction phase for the protocol. If the price of ESD is above $1, those who bond their ESD in the DAO will receive newly minted ESD (positive rebase). If the price is below $1, the protocol will issue coupons to those who burn their ESD.

The coupon will be redeemable for more ESD as compared to the burned amount when a positive rebase happens. This flywheel will work theoretically as users are incentivised to reduce/ increase the ESD supply in the market when ESD is below/ above peg.

However, in the real market environment, ESD failed terribly as it experienced the death spiral whereby ESD went below $US1 and users started panic selling their ESD and did not buy the coupon.

Another infamous example would be the IRON finance bank run, where even Mark Cuban was hit by it. IRON Finance is backed by a combination of 75% USDC and 25% TITAN (Native token of IRON finance) where users are able to mint $1 IRON from the following.

The peg of IRON is dependent on arbitrageurs on the market that will buy IRON on the market when it is <US$1 and redeem it on IRON Finance for a US$1 equivalent of USDC and TITAN while they will mint more IRON to reduce the price of IRON when it is >US$1.

However, the downfall of IRON Finance came when whales started to make a profit as the price of TITAN rose from US$10 to US$60+ in a short time frame of a month.

As whales started selling TITAN and prices fell rapidly, mainstream users were panicking and started to redeem their IRON and sell TITAN on the market.

This resulted in an oversupply of TITAN in the market that led to its downfall. Moreover, as TITAN price fall rapidly and the price feed oracle cannot keep up with the price fall as it has a 10-minute delay.

These are great studies that are worth taking reference from, and the main takeaway from these protocols are that it will be tough for algorithmic stablecoin to maintain its peg just by offering incentives to arbitrageurs.

There must be utility for the stabilizing token such as TITAN and a proper design price stability mechanism in place in times of market crash or price feed oracle delay.

UST is able to solve this issue as LUNA is not only used for the UST stabilizing peg but also used as the governance token, Terra native token and many other utilities.

Thus, there will rarely be a case of massive sell off as there are many entities in place that use LUNA unless there is an exploit which is unlikely.

Moreover, Terra also designed its stabilizing mechanism where there is a delay or some shit for it. This is the reason why UST is the current market leader for the decentralized stablecoin.

From the past 30 days circulation, we can see a huge demand in the new generation decentralized stablecoin such as UST, MIM and FRAX.

However, DAI increased only a mere 4% in circulation which shows that it is losing its dominance as the decentralized stablecoin.

With the current climate of regulators trying to regulate the cryptocurrency scene, stablecoins, which are the key of the whole DeFi building block will be a target for them which can be seen from the US$160M USDT blacklisting from Tether.

With such a high amount of collateral backed by USDC, DAI is not a true decentralized stablecoin as it is highly reliant on a centralized asset.

From my point of view, DAI is still relevant but only to a certain extent as MakerDAO offers a competitive rate for users to make use of their assets as collateral to obtain DAI to further their capital efficiency.

Moreover, DAI has proved to be a reliable stablecoin with the recent May 2021 downturn as it did not depegged and make minimal losses on the crash itself. DAI will still remain to be used by market participants as different stablecoin offer different kinds of risk profiles.

However, the reliance of DAI on USDC could not be overlooked as mentioned previously that a central entity is able to blacklist addresses rendering these tokens unusable.

This issue can happen to DAI when Circle blacklists the vaults of MakerDAO resulting in the DAI circulated being unbacked. Furthermore, MIM offers a more capital efficient solution as compared to DAI as MIM allows the collateralization of yield bearing assets which was once used solely for the redemption of the stake asset.

Also Read: What Are Stablecoins And What You Need To Know About Them