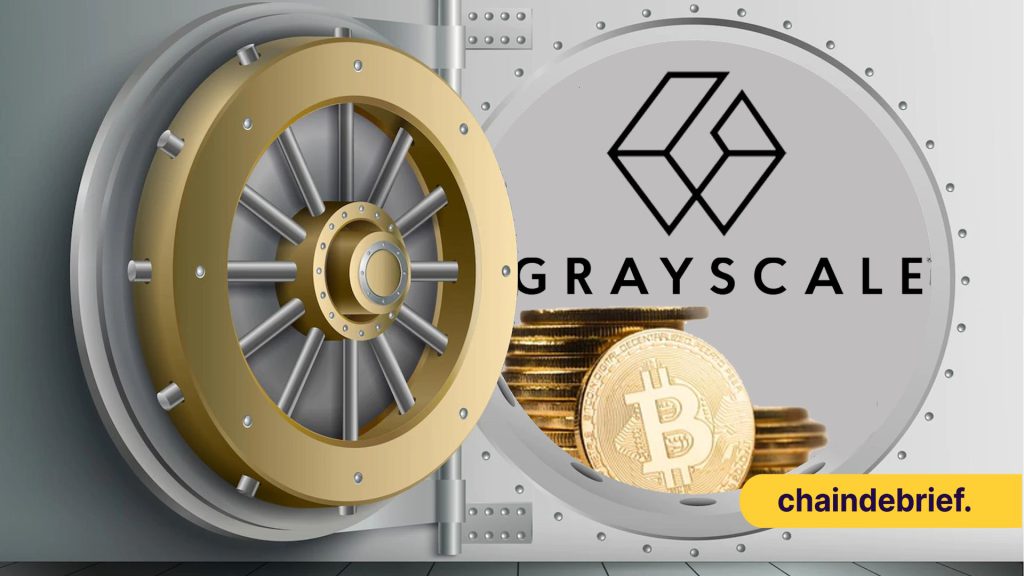 In the wake of FTX’s fallout, ripple effects have been spreading across the crypto industry. Not only have net outflow from exchanges been accelerating, but several entities have either been severely affected due to exposure to FTX.

With retail participants growing ever distrustful of centralized custody solutions, many of them are being urged to show a “Proof of Reserve”. Initiated by Binance, many exchanges have begun to work with Nansen, a blockchain analytics platform, to be transparent with their holdings.

One platform that is not doing so, to the dismay of some, has been the Grayscale Bitcoin Trust, commonly known as GBTC. So what is it, why is it trading at such a steep discount, and why are they not showing a proof-of-reserve?

GBTC was a product created by Grayscale, a digital currency investing and cryptocurrency asset management platform. Institutions and individuals alike were able to gain exposure to Bitcoin through GBTC, without the perils of self-custody.

GBTC shares could be acquired either through an OTC market, or “mint” them by depositing Bitcoin into the trust, and receiving an equivalent number of shares that could be sold in 6 months.

Grayscale also has a number of other digital asset trusts, including Bitcoin Cash, Chainlink, and Ethereum.

When GBTC prices sank below their weight in Bitcoin, the “GBTC arbitrage” was popularized by Su Zhu, who likely preached the same strategy to many other venture funds.

He also shared his views publicly on social media. However, as Grayscale’s applications continued to be rejected, and Bitcoin prices pummeled down from the peaks, GBTC shares started trading at steeper and steeper discounts.

Currently, GBTC is trading at a 45% discount to it’s NAV (Net Asset Value). This means that at Bitcoin’s current price of ~$16,500, you only need to have $9075 of GBTC to have exposure to a whole Bitcoin.

Shouldn’t We All Be Buying GBTC Then?

While GBTC is trading at a major discount to its NAV, there are a few factors to consider.

Thanks to thin liquidity and mass capitulation, many investors have had to sell their GBTC on the open market. As the underlying BTC is held in a trust, and not an ETF, GBTC cannot simply be redeemed for Bitcoin and held or sold.

Therefore, anyone who wants to exit their GBTC position would be required to unload it on the already demand-weak OTC market, which would widen the gap further.

Even ARK’s Cathie Wood purchasing almost half a million shares of GBTC could not stop the discount from widening further, with the trend seemingly having no end in sight.

While the top holders of GBTC are in not in any obvious financial distress, FTX going under is likely to lead to institutional risk-off from the Web3.0 space.

Should they continue to sell their GBTC positions with no buyers, and Grayscale seeing little progress with their ETF approval, there may not be a bull case for GBTC in the near future.

Grayscale Refuses To Show Proof of Reserves, Claims Assets are “Safe and Secure”

Both platforms are owned by parent company Digital Currency Group, a venture capital company. Other subsidiaries include CoinDesk, Foundry, and Luno.

They also informed that all assets are custodied by Coinbase, but “Due to security concerns”, they cannot make on-chain wallet information publicly avaliable.

Furthermore, neither Coinbase not Grayscale are allowed to lend out the underlying assets. Instead, they receive a fee from customers that use their services.

While Grayscale’s fee revenue would be a great disincentive towards the rehypothecation of user funds, and their statement of keeping “investor’s assets safe for years”, the implosion of FTX has shown us how risky even Centralized platforms can be.

While most crypto investors may not have exposure to GBTC, it’s potential impacts on the markets are something that should be considered.

Firstly, should GBTC successfully be approved for an ETF, there would be a mass redemption of Bitcoin to buy GBTC shares. Given that Grayscale owns roughly 3% of Bitcoin supply, this could drive prices further down.

Next, there are likely still underwater firms that are holding onto GBTC. Once liquidated, this could lead to even steeper discounts in GBTC to NAV, which could cause more firms to become insolvent.

Lastly, Institutions being burnt by GBTC could mean a stronger aversion to crypto, leading to a decreased appetite for crypto moving forward.

Either way, all these considerations will only result in temporary, albeit painful, flushes of toxicity from the ecosystem. Once it happens, those brave enough to capitalize could come out the other side as the biggest winners.