What is Octopus Network? How It Scales Infinitely With Cross Chain Interoperability 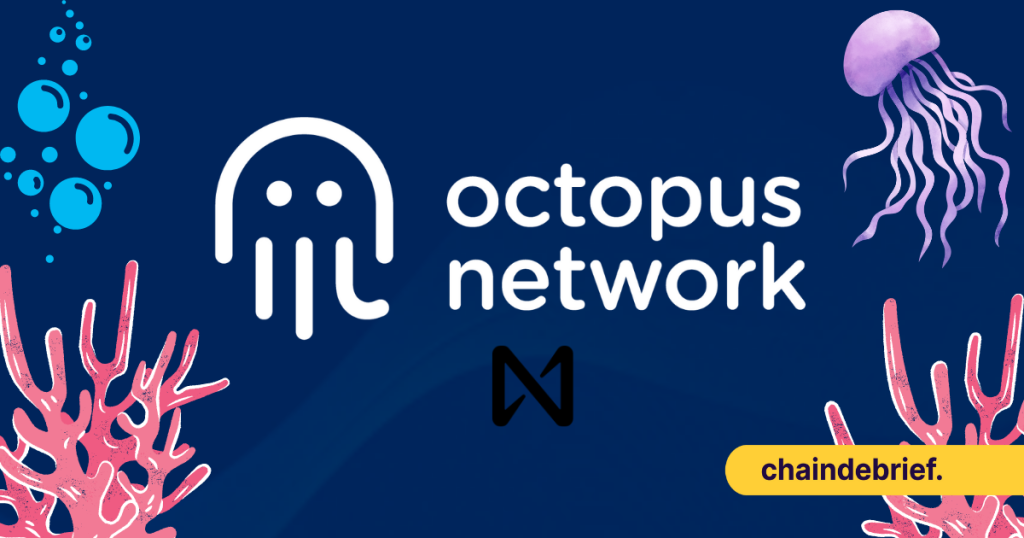 Octopus Network is where Web3.0 happens. dApps are recreating how we think about the internet. Octopus network forms a more interactive network specifically for blockchains with the use of appchains. This system is open and permission-less system but rather expensive to launch.

This also creates a technical and commercial barrier that impedes the open development of web3.0. Current solutions such as Polkadot parachains and Cosmos zones require intensive capital to bootstrap the security needed to launch. This leaves little room for incentives for the real value creators of the protocol.

Octopus Network solves the security cost problem. Appchains can scale their security as they need with NEAR. It enables the octopus relay to offer flexible and cost-effective security, decreasing the cost for the bootstrap of an appchain.

Unlike Polkadot, there is no limit to the number of appchains being able to launch on the network. The Octopus network also enjoys cross-chain interoperability with any IBC-linked blockchain. They also act as a meta-community in nurturing web3 application communities.

Octopus Network is founded in 2021 by a team of 3. Based in China, they saw a total of US$9m in funding over the past year with more than half coming from Series A Venture Capitalist companies.

Their goal, to accelerate the development of web3.0 by lowering the barrier (technology and cost), grow in the NEAR ecosystem, grow a developer community and support appchain projects.

(Also Read: $NEAR: Reasons Why I Am Bullish On NEAR Protocol For 2022)

What is Octopus Network?

Octopus Network is a multichain interoperable crypto-network for the launching and running of Web3.0 substrate-based application-specific blockchains known as an appchain.

An appchain is an independent blockchain used explicitly for a specific set of custom-designed applications. Unlike dApps, appchains allow developers to customize their applications in terms of governance structure, economic design, and underlying consensus algorithm.

Octopus Network provides out-of-box security, interoperability, on chain governance, ready to engage community and a one stop infrastructure. Its underlying blockchain is the NEAR protocol, a high performing layer 1 blockchain which has high security, fast finality, scalability and usability.

This combination provide limitless number of appchains that octopus network can host, Polkadot is limited to only 100 parachains. Imagine that.

At the core of the Octopus network is the Octopus Relay. This is a set of smart contracts running on the NEAR blockchain, a sharded proof of stake blockchain with high security, fast finality, stability and usability. Octopus Network appchains sit on the demand side of the market. They pay rent in their native tokens to lease security from $OCT holders. $OCT holders that delegate their $OCT by staking on appchains have the opportunity to diversify their investment profiles with a wide variety of protocols.

Octopus network is a totally unique in the crypto scene. While parachains need to afford expensive security on Polkadot, the Octopus network provides flexible and affordable leased security according to the respective projects. With its powerful multichain interoperability with all appchains and blockchains supporting IBC, a limitless number of appchains where the network can host up to 1000 projects.

The native token for the Octopus Network is $OCT. It represents a medium of exchange between users & developers who pay to use the network and validators who take the fees as payment for the services they provide.

$OCT is non-inflationary and has 3 main utilities. 1) Staking, is used to provide collateral to guarantee appchain security. 2) Voting, where appchains can be selected for upvoting and downvoting mechanisms. 3) Governance, where OCT is a NEP141 token on the NEAR network.

2022 for Octopus Network might be its blow-up year to mainstream adoption. Q1 introduces IBC (Interblock chain communication) chain to Cosmos, Octopus Dao, NEAR NFT transfer and its 2nd batch of the accelerator program. They aim to conclude Q2 with the IBC chain to polkadot, its DAO version 2 as well as the NEAR IBC.

In my opinion, the coming year for Octopus is a bright one. With strong use cases, it boils down to the team’s execution and narrative of IBC to see its fullest potential.

How does Octopus Network compare with COSMOS and POLKADOT?

Its goal is to launch and run a large number of Web3.0 applications in the form of application-specific blockchains, appchains, which are safe and efficient. The core difference between the three multi-chain networks lies in the way the sub-chain (zone/parachain/appchain) obtains security.

1. Entering the network will be cheaper and easier with Octopus Network

For polkadot, every parachain has to go through an auction, since the number of parachains are limited, the higher capital raised would win the auction and enter into polkadots ecosystem. This would also mean security on the polkadot system is shared amongst all parachains regardless of the amount being raised.

On Cosmos, each appchain will be secured by its own token, undermining new appchains without an established token. This arise the issue of unwilling validators to be exposed by their token.

The security of each appchain in the Octopus network will be provided by $OCT holders who acts as delegator/validator will be rewarded with the token in the appchain. Each appchain on the octopus network is able to decide how much worth of security it needs and does the necessary actions accordingly. An example of an appchain with US$50m locked in its TVL can opt for security of US$100m to deter exploitation on its TVL.

Every appchain on the octopus network can decide to disconnect at any point in time. This makes the decision of the owners of the appchain non-binding if they decide to be independent and join another network.

With octopus relay, a set of contracts built on the NEAR blockchain, the network is able to achieve interoperability amongst its appchains. The Octopus relay includes the NEAR protocol via the octopus bridge, Ethereum network via Rainbow bridge and other IBC blockchains to communicate with Polkadot’s parachain as well as the Cosmos Hub.

The Octopus Network was not designed to compete with Polkadot nor with Cosmos. In this respect, they align their vision with the anti-blockchain maximalist philosophy of Polkadot’s Dr. Gavin Wood and Cosmos’s Tendermint CEO Peng Zhong’s sentiments of seeing every ecosystem not as a competitor, but as a collaborator.

Currently, the $OCT token sits at US$0.33 with a market capitalization of US$18m. Polkadot and Cosmos’s market cap sits at US$8b and US$2.5b respectively. In my opinion, building on the NEAR protocol, I would say getting into Octopus network is still early.

Capturing just 5% of the market cap between Polkadot and Cosmos could move its price more than 5 folds. The future adoption of blockchains into interchain interoperability is still a narrative relatively new, with widespread adoption, the space of IBC will see a rocket in price action as an entire collective.

Octopus Network has a lot coming for them this year. With a buff roadmap ahead in 2022, one downfall would be delayed execution of plans within each quarter. A relatively smaller company compared to its neighbouring rivals, Octopus still have more to prove in the cryptocurrency space. However, with a strong team behind the project coupled with the NEAR protocol as its layer 1 solution, Octopus Network may come out from the cracks as an underdog in solving the issue of blockchain interoperability.

Perhaps one other area Octopus network can work on is its community presence. We all know what a strong community presence can do to a token’s price action. It also proves credibility and a stronger reason for institutions/other blockchains to develop onboard its network. Also, tapping on the NEAR network for collaborative projects could bolster its name in the mainstream. In my opinion, OCT is one gem I am keeping my eyes peeled for 2022 and in the long run.

Also read: Why I Am Investing In Cosmos In 2022, And Why An “ATOMic” Explosion Is Incoming, Why Blockchain Protocol Polkadot Is Touted As The ‘Ethereum Killer’