Understanding (3,3) – Is OlympusDAO The Future Of Cryptocurrency, Or Just Another Ponzi? 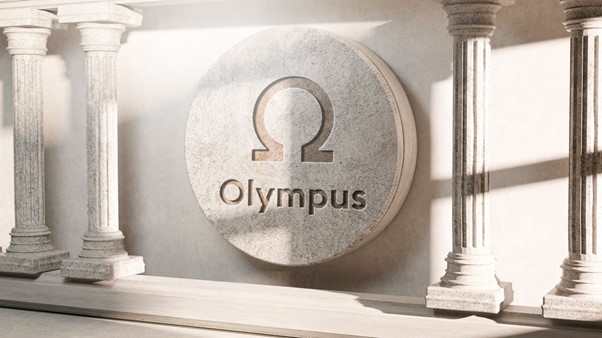 If you’ve been involved in crypto at all in the last few months, you would have seen the (3,3) meme or similar floating around.

As most would know by now, this meme has its origins in OlympusDAO, which gained traction thanks to its high APYs and unique approach to token emissions.

With a new fork springing up seemingly every hour, it makes sense to go back to the origin and ask ourselves — What exactly is Olympus and what does it aim to do?

Though OlympusDAO’s team is mostly anonymous, it is the brainchild of Zeus, who ideals for it to become the decentralized reserve currency of the cryptocurrency space.

While the mechanics of OlympusDAO are extremely complicated, at its core, it seeks to replace stablecoins that are pegged to fiat currency such as $DAI, $USDC and $USDT as the main modes of exchange on the blockchain.

Why? Because holding these stablecoins means that you are still subject to the regulations of those FIAT currencies, which are controlled by centralized banks.

However, unlike a centralized bank, decisions would have to be made via voting on proposals in the DAO (Decentralized Autonomous Organisation), preserving the spirit of decentralization and democracy.

What’s up with the APY?

One of the reasons that Olympus gained so much traction early on was the more than 7,000% APY offered, which it claimed was sustainable for an extended period of time.

Even for the most risk-on farmers, promising 7,000% APY sustainably immediately screams “Ponzi”.

After all, how does a protocol manage to pay out this amount in the long term — and if they do, won’t the price just keep dropping?

Olympus’ success in maintaining those APYs while not having giant red candles over and over is thanks to its bonding mechanism.

This allows Olympus to accrue value for its treasury and POL (Protocol-Owned Liquidity) over time.

Currently, each $OHM is backed by 1 $DAI, regardless of its free-floating market value.

To generate value for its treasury, Olympus sells “bonds” in exchange for a basket of cryptocurrency assets and profits from the difference between this price.

Users are incentivised to buy these bonds as they are being sold by the protocol for less than the market price of $OHM.

For example, if prices are $300/ $OHM, you can purchase a bond by swapping less than $300 of assets for 1 $OHM. The treasury then mints one $OHM at the cost of one $DAI, and profits from this difference in price.

The protocol also makes sure that you cannot abuse this discount, by having a vesting period of 5 days for bonders before they can claim their full $OHM purchased through the bond.

Basically, more people bonding means more rewards that can be paid out during rebases and the longer the protocol can sustain its high APYs.

Is it just another Ponzi scheme?

While it may seem that way at first, take note that a Ponzi requires a constant flow of new investors to pay out the old investors.

As you can see from the project’s runway, it can continue to pay out their current APYs of over 7,000% for more than a year, even without any new participants.

If the DAO decides to lower the APYs paid out, it can keep this runway going on for even longer, and everyone who bonds to receive $OHM simply extends the runway.

Furthermore, the protocol owns almost 100% of its own liquidity, which means that if people want to buy or sell $OHM, Olympus DAO will accrue trading fees.

For anyone who has ever done Liquidity-Provision, you would know that being able to keep 100% of trading fees is extremely profitable, and Olympus can use that profit to boost their treasuries.

However, this does not mean that Olympus is a fool-proof way to riches, and this is where the infamous (3,3) meme comes into play.

This concept actually leverages game theory, more specifically, the Prisoner’s Dilemma. Basically, assuming only two parties are involved, they can

So, what if everyone sells?

Well, the short answer is that those who stay staked long enough will not only breakeven, but eventually run a profit. This is thanks to the high APYs, which go higher when less $OHM is staked but also due to the Risk-Free Value of the treasury and the revenue generation that continues regardless of what price $OHM is trading at.

A good way to visualise this is through the calculator function on Wonderland, a fork of Olympus on the Avalanche blockchain.

Even if the value dropped by 99% or all the way to $1, with a long enough runway and a dynamic APY, those staking to the end would likely be able to cash out in the money.

With Olympus’ success, it has started to expand its functions, accumulating more assets and revenue-generating platforms.

One way it does this is through Olympus pro, which provides liquidity-as-a-service, allowing other platforms to acquire their own liquidity as well.

This helps to solve the problems many protocols have, having to appeal to farmers with rewards to provide liquidity to the platform, who will leave if the project becomes bearish or once better pay outs are available elsewhere.

Currently, you are able to get up to 69% discounts on some tokens compared to market price, which can be quite attractive, especially on projects you want to hold for the long term.

Furthermore, Olympus recently completed its migration to V2 of the protocol, prioritizing decentralization and immutability.

This comes with improvements such as:

They’ve also been looking to expand to other chains such as Fantom, and recently started providing their liquidity as a service feature on the Avalanche Chain, which includes notable projects such as Pangolin and BenQi.

While Olympus DAO was indeed the first to come through with this concept of a decentralized reserve currency and owning your own liquidity, there have of course been many forks of the project, whether with Zeus’ blessing or not.

While many of these forks have turned out to be rugs, a select few have grown with strong communities on their various blockchains and usually benefit from not having to build on the Ethereum Network, with its high gas fees.

The most notable fork is of course, Wonderland and its native token $TIME, founded by Daniele Sesta who also founded Abracadabra and Popsicle Finance.

Daniele has previously stated that the treasury will be used to fund an RPG-style game, where $TIME will be used as the main currency.

There has, however, been a recent string of controversies circling Wonderland, such as a public twitter spat with Trader Joe, Avalanche’s leading Decentralized Exchange and Daniele’s re-allocations of the treasury assets. Whether they turn out to be for the best still remains to be seen.

Klima was another fork that got mainstream attention and even received a mark of approval from Mark Cuban (we all know how well the last project that got it did).

With the lofty goal of buying carbon tax credits to make it more expensive to pollute, its potential success could show the world the power these DAOs could bring, and the positive real-world change they could actually make.

Invictus is another interesting project. Built on the Solana blockchain, it is technically not an Olympus Fork and was built ground-up with a similar concept, due to Solana’s coding language.

The system also leverages Solana’s fast transaction speeds and low costs to give out rebase rewards almost constantly, instead of every 8 hours, which is what Olympus and many of its forks does.

While there are many, many interesting forks such as $HEC, $JADE and even $RUG, there are far too many to cover in one article. A lot of them are also simply high-risk plays that do not have the conviction that Olympus has brought and have token prices crash without a sustainable runway for long-term stakers.

So, before you start investing in an Olympus fork, or even OlympusDAO itself, remember to DYOR and have a plan, as a protocol of this kind has never been done before — and whether it will succeed long-term still remains to be seen.