Yield Farming On MetisDAO: Here’s How To Earn Yield On Your Idle $METIS 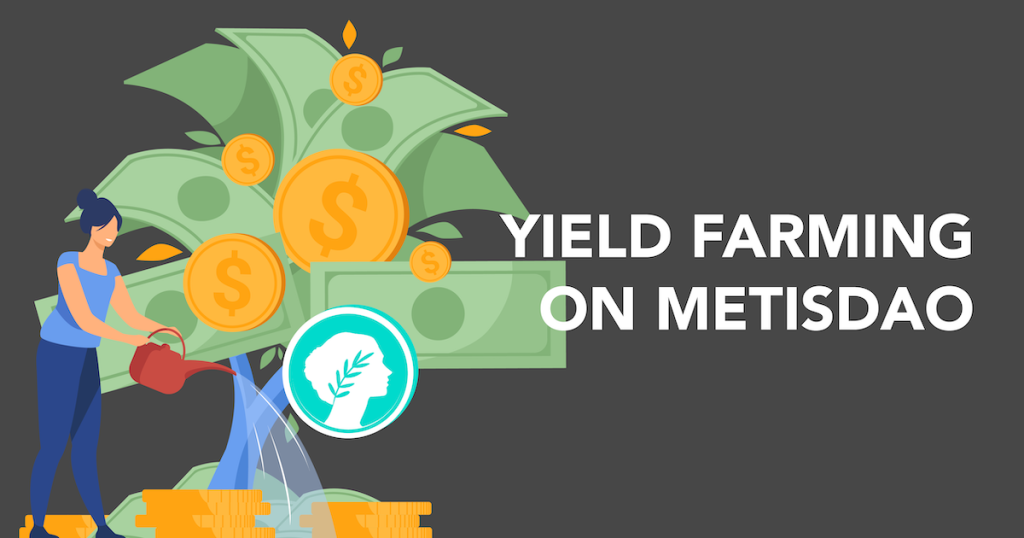 In the previous article, we understood how to bridge $METIS to Andromeda.

In today’s article, we will take a look at some DeFi strategies to employ on Andromeda to increase your $METIS holdings.

If you are familiar with how DEXs and AMMs work, you would appreciate the importance of deep liquidity pools.

To incentivise liquidity providers, financial rewards are thus issued, and this opportunity is called yield farming.

Also Read: Demystifying DeFi: What Are Decentralised Exchanges (DEXs) And Why Slippage Occurs

As can be seen below, the yields on Standard Protocol are pretty decent.

The token for Standard Protocol is $STND. As a farm token with no mechanism to sustain its price, the price is likely going to 0.

As a result, if I were to farm with $STND, my impermanent loss is likely to be insane. Farms with $STND are thus immediately eliminated from my watchlist.

Excluding $STND farms, there are some notable ones such as:

However, one aspect to note is the very low TVL in these farms. This is usually not desirable as I prefer farming in more reputable protocols with higher TVL.

The next protocol we can farm on is Tethys.

As can be seen from the image above, the yield here is also pretty decent with a variety of Metis-L1 pairs yielding 70-80%. The stablecoin pair yielding 21% is also better than Standard Protocol’s 15%.

As can be seen above, the lending yields are as such:

The next protocol to farm on is Netswap and the native token is $NETT.

Half the farms have $NETT as one of the tokens so I will ignore them (following the thesis against farm tokens as stated above). For the rest of the farms, the yield is also pretty decent.

Drachma is a stableswap protocol on Metis and it allows users to LP stablecoins (USDC-USDT) to earn yield.

Based on the past 24 hours and seven days, the annual yield on stables is around 4-5%. While this is lower than the aforementioned AMMs, do note that Drachma rewards in the form of $DRACHMA tokens are also issued out on top of this yield.

The caveat is that $DRACHMA has yet to launch, so it is impossible to put a definitive figure on the yield.

Starstream is a Metis-native yield aggregator that consolidates the different farms across different AMMs.

Starstream’s TVL was recently boosted due to its partnership with Hermes. For context, $HERMES on Metis is the equivalent of $SOLID on Fantom.

Due to the fee-incentivising model of Hermes, partners such as Starstream are able to maximise capital efficiency, translating to higher yields for liquidity providers.

To learn more on how and why this works, do check out this thread:

These protocols take your liquidity and provide it to your desired farm. The yield will then be compounded automatically to maximise your gains. This also reduces the hassle of harvesting and dumping your yield regularly before the farm token dumps.

It should be noted that for most money market protocols, the protocol will encourage borrowing by giving out yield in the form of the protocol’s token to cover the interest rate that they need to pay.

As such, this gives rise to strategies like recursive borrowing/lending, where a user lends his asset to earn interest and uses it as collateral to borrow more assets. The borrowed asset will then be deposited back into the protocol to earn more interest rates and be collateralized, to borrow out more assets.

The main money market protocol on Metis is Agora. As can be seen from the picture below, the lending yields are pretty decent, but the borrowing yields are rather high.

Agora has also recently launched a swap function, and farming on Agora should be made available soon.

It should be noted that the Agora token ($AGORA) has not launched yet, so it is impossible to put a price on the protocol’s total yield. As a degen farmer, your best bet would be to keep stacking Agora and wait for the token launch.

MaiaDAO is Metis’ decentralised reserve currency protocol. Similar to OHM and its forks, the staking yield for $MAIA is pretty high, currently at 125,000% APY.

Additionally, Hermes Protocol, which was the Solidly fork mentioned earlier, was created by MaiaDAO. Below is a thread on how staking $MAIA allows one to gain exposure to Hermes.

In the previous article, I introduced Celer as a method to bridge $METIS from Ethereum to Andromeda and vice versa. And for a bridge to function efficiently, it requires deep liquidity on the chains it is connected to, which in this case is Ethereum and Metis Andromeda.

As such, a potential strategy would be to deposit $METIS on either of these chains, and this is how it works:

User A wants to withdraw $METIS from Metis Andromeda to Ethereum Mainnet. As an L2 that implements Optimistic Rollups, the withdrawal time of seven days is rather long due to the need for a ‘challenge period’ (see my Metis Part 1 article).

Consider another user, user B, who wishes to earn yield with his $METIS. User B can provide $METIS liquidity for Celer Bridge on the Ethereum network.

On the other hand, User B will be issued User A’s $METIS on Metis Andromeda, together with an additional reward (in the form of more $METIS) for providing liquidity for User A.

The last DeFi strategy to earn more income with your $METIS would be to take part in the IDO process when new dApps launch on Metis.

For instance, the IDO price of $MINES (token for Metauce) was $0.20. The moment the $MINES token was launched to the public, the price went up by 150% to $0.50, giving rise to a decent arbitrage opportunity.

As Metis is a very young L2, I believe there will be many more dApps in the pipeline, and this will set the stage for even more opportunities in the future.

These include $AGORA and $DRACHMA as mentioned earlier. Other upcoming instances include Hera Finance, a yield aggregator, and $ZEUS, a Solidex fork created by MaiaDAO.

These are just some of the ways to utilise DeFi protocols to generate passive income for users. There are definitely many other opportunities out there, so remember to do your own due diligence first.