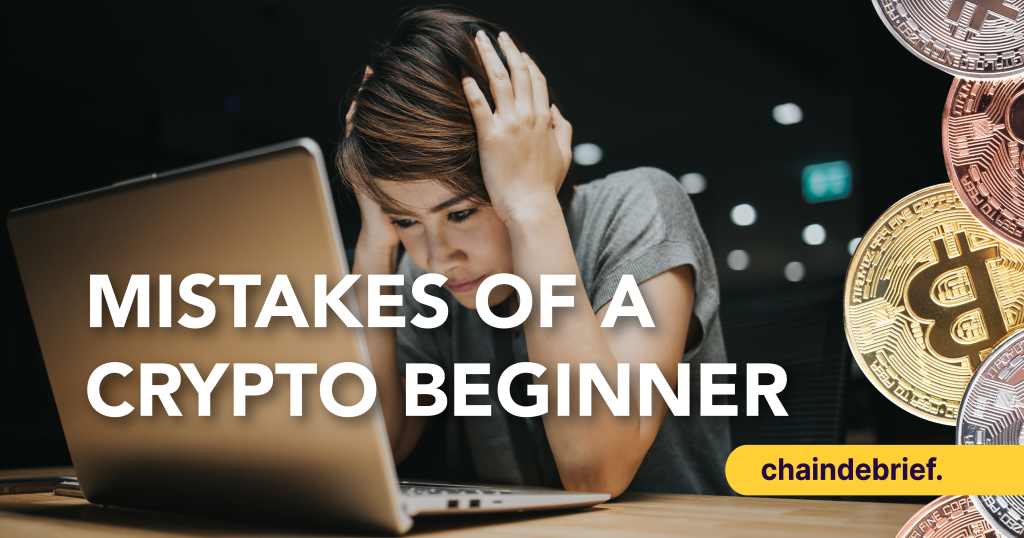 “Make your money, and survive.”

This is quite a common phrase and sentiment that is around in today’s bear market. However, why was survival not a priority in people’s minds last year? Why do crypto “investors” and degens tend to get rekt day after day, year after year?

For every one story of a person who made a large windfall, there are countless others who have lost a lot of money in their portfolio.

There are some very strong biases and mental errors that are present in many people, but are especially prevalent in an environment such as the cryptocurrency market – I am not an exception to these errors!

So what are some of these mistakes we tend to make and cause us to lose more money than we would like? Let’s find out.

The house money effect is a theory where investors often take on greater risk when reinvesting their profits compared to the money they have from savings/waging. Since gains from investments is seen as “separate” money, we treat it as something more disposable.

This causes us to take way more risks with these new profits and perhaps reinvest in something that you would not have touched in a normal situation.

While taking more risky bets and trying to ride the hype wave may have worked in the bull market, our investment portfolios may take a large hit once the music stops during the bear.

In fact, there is a chilling tweet that warned of this phenomenon on 2nd December last year, which was quite apt given that the market had, in retrospect, topped in late November.

I find it quite scary that in a time where earning money (and for some, obscene amounts) has been easy, we often grow too easily numb and only regret our actions once you start incurring heavy losses.

Survivorship bias is also one of the most common mental traps we end up falling for. To put it simply, most of us look at “successes” of a group and fail to account for the failures and what we can learn from it.

To illustrate, take the example of the US Army in World War 2. The US military was researching on protecting their airplanes with armor parts to prevent them getting shot down. Initially, they studied the damage done to returned aircraft after missions and reinforce the areas with the most bullet holes.

However, the truth was that the holes in the surviving aircraft did not require additional armor – in fact, the planes could take the damage and come back from their missions.

Those parts that seemed to be untouched were the most vulnerable. If these were hit, the planes would have crashed! The reason why surviving aircraft returned from the mission was because they were not hit in these vital spots.

The military had made the mistake of protecting the wrong parts of the planes because they only looked at the surviving aircraft that came back from its missions, and not what actually happened to fallen aircraft.

Similarly in crypto, we tend to look at the “winners”, whether it is an NFT, a DeFi project, a gaming project, simple reflect token, memecoin, etc. However we often forget that a vast majority of tokens nuke massively from ATH value, never recover and do not come back in the next cycle, just like in 2017.

This can cause cascading effects especially when beginners in investing look for during the bear market.

In fact, what you call “blue chips” last year might not even be the relevant tokens in the top 50 4 years down the road. Perhaps we should take a step back and look not just at the winners, but consider what makes your token any different from the thousands of others that have faded away…

Of course, this doesn’t just apply to tokens, but to us as well. We tend to look at the successes and a small percentage of winners in crypto investing (like the video below), but tend to forget about the projects that blew up (case in point: LUNA).

Speaking of people that seem to be winning in the markets, let’s take a look at at the hot hand fallacy.

The hot hand fallacy states that people tend to believe that someone who has been successful in an activity is more likely to be successful again in their next attempts.

When we apply this to crypto, it might appear that once you have a winning streak in selecting tokens that do well, you are definitely going to succeed in your next pick.

For example, if you had very good gains from the extreme appreciation in price of one project, you might think that you have the touch of gold and everything you invest in next will do very well. This attitude was something I was quite susceptible to, and no coincidence this also happened right when the market was topping.

So take a step back for a moment and think to yourself: did these gains come to you because you really are a great investor, or were you just living off the benefits of an easier bull market?

In conclusion, when it comes to evaluating a project in the crypto space, you should do your due diligence and continue to scrutinize all aspects of the project.

This is perhaps one of the most serious mistakes that people tend to make in the crypto space. In fact, being wary of echo chambers was a key lesson by some of us that experienced the LUNA/UST collapse.

While there were already warnings regarding the system’s unsustainability, if you were a LUNA believer (Lunatic) and constantly spent your time only on pro-LUNA social media, you would be less inclined to take warnings seriously. Your Youtube algorithm, in this case, will not be much of a help especially in a bear market.

Also Read: Here’s What These People Went Through When LUNA Collapsed

Echo chambers tend to exist especially in all parts of the Internet, whether it is Twitter, Discord, Telegram, YouTube, Reddit, or even Facebook posts on crypto. Diversifying your opinion sources and information (as well as taking their opinions with a grain of salt) is a much better alternative.

This applies to not just being overly bullish, but also being overly bearish as well! It is best to look at information from a variety of sources, age groups, and most importantly, those that you DO NOT agree with. Having exposure to uncomfortable opinions will allow you to act as devil’s advocate and prevent you from breathing in too much copium in whatever position you are in.

What I mentioned above are some case studies and examples of mental biases people tend to have in not just crypto, but the rest of life as well. Of course, once you are invested and have a portion of your money and energy in, it is a completely different story.

If one day your portfolio of alts are going to 0 and your bets are wrong, how would you adjust your strategy such that you can hedge against such an outcome, no matter how improbable it seems?

This may sound incredibly unlikely, but today, we tend to assume that all our plays and bets will work out (Short/Long run or Bull/ Bear market), instead of accounting for the scenario:

“What if I’m wrong on Project X or ecosystem Y?”

“What if I’m wrong on the market in general?”

I believe that ultimately your actions and what you say should be heavily aligned. Some of us like to tell ourselves that we should never invest more than we can lose and that we should take our profits consistently. If that were truly the case and we started acting like it, perhaps we can minimize exposure to a tragedy like LUNA happening again.

Also Read: No Coin Is Too Big To Fail: How To Survive The Crypto Bear Market In 2022