4000 $ETH Burned in 2 Days, All Thanks To This One Obscure Cryptocurrency 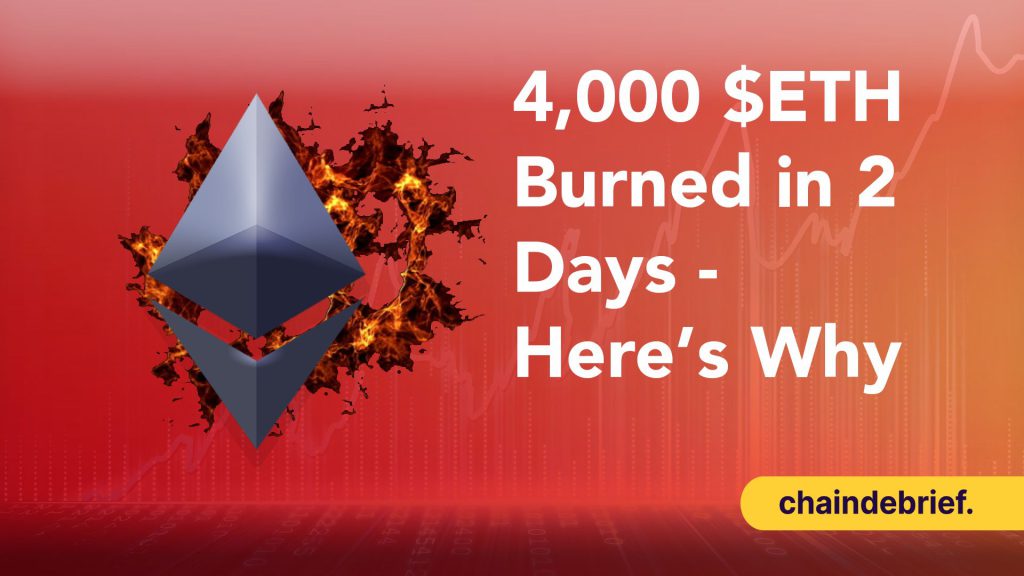 Thanks to the merge, the annual issuance of $ETH has fallen drastically. Project inflation rates now stand at 0.1% a year, compared to approximately 4% pre-merge.

Despite this, the lack of transactions on the Ethereum network means that the much-awaited deflationary stage of Ethereum has not yet begun.

Recently, however, a little known project contributed to the largest $ETH burn since the merge – which also turned out to possibly be a ponzi scheme.

The cause of $ETH’s recently deflationary move was a little-known token named $XEN. Created by Jack Levin, it calls back to projects like $HEX and Olympus DAO, which led most crypto natives to steer clear of it.

Essentially, early minters of $XEN stand to gain more benefit from holding the token than others.

However, this did not prevent massive trading activity of $XEN, and millions in gas fees spent on the contract.

Thanks to the minters, however, a huge amount of $ETH was burnt in gas fees.

Proof of Ponzi – How This Shows Ethereum is Ultrasound Money

Within the depths of the bear market, volume on the Ethereum network has been grinding lower.

Despite this, one single smart contract managed to burn a huge chunk of $ETH supply. The underlying potential of a change in consensus mechanism has been demonstrated by this one event.

Currently, the majority of $ETH fee burns come from either NFTs or trades on Uniswap.

This is despite OpenSea’s trading volume falling almost 99% in the last few months, and Uniswap trading volume averaging 300 million daily, compared to the billions it managed in the bull market.

Assuming an eventual return to on-chain madness, the potential burn rate of Ethereum would be immense and likely cause a supply shock on $ETH.

If we were to calculate the burn rate based on the gas fees burnt earlier this year, we could see almost four times more $ETH burnt daily.

With issuance rates decreased by over 90%, the upside for Ethereum has never been as great as now.

Also Read: Bitcoin’s Price is Set To Explode Soon – But in Which Direction?