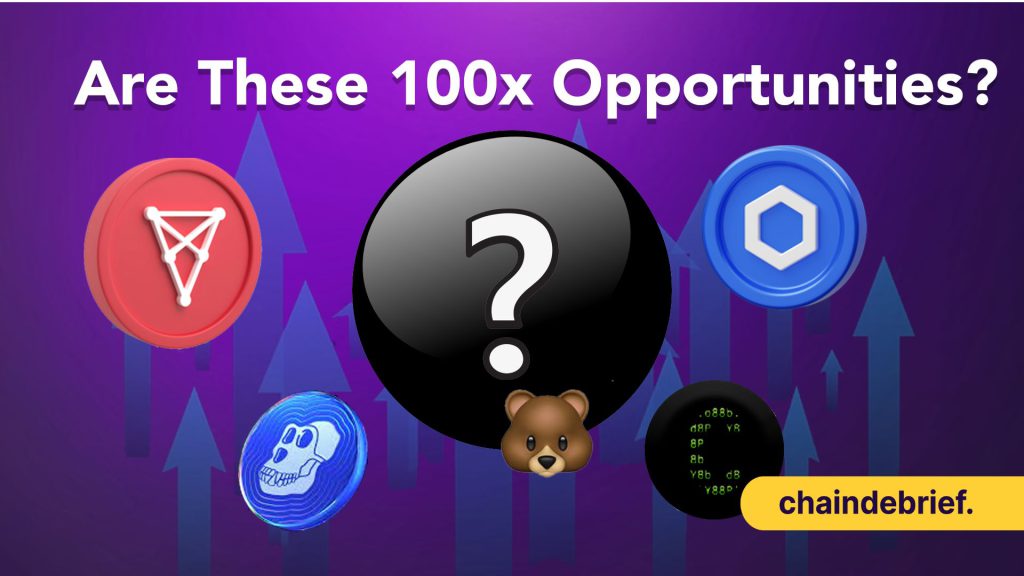 With “Uptober” failing to deliver, November seems to be a much more promising month for Web3.0. Not only are crypto participants calling for an altcoin season, but Bitcoin seems to have found some form of support. As demand continues to pile in for “digital gold”, strong narratives outside of the top cryptocurrency have seen a revival.

As such, let’s take a look at some major events happening in crypto this month, and how impactful they will be on the crypto markets.

Happening today (2 Nov), the FOMC meeting will drive the macroeconomic narrative for the immediate future. Likely the most important event for this month, the FOMC could deliver possible rate hikes in order to combat rising inflation.

Should rate hikes be above expectations, we could see a crash in both equities as well as crypto markets, invalidating the current relief rally.

November will also be host to the mid-term elections to decide which political party will have control over monetary and fiscal policies for the next two years. While the president will remain, the world heading into an unprecedented macroeconomic climate means that votes will have a measurable impact on the government’s mid-term policies.

The CPI, or Consumer Price Index data will also be announced on the 10th of November this month, which has historically impacted crypto’s price. With the markets seeing an average daily range of 12.6% in the last few CPI announcement days, we are likely in for a strong period of volatility in the first half of November.

Also Read: How Will FOMC Affect Crypto? What Implications It Has On The Market

The world cup is returning in 2022, and this time we have tokens to trade around it.

With the event kicking off on the 20th of November, speculators have turned to fan tokens as a mirrored trade. Leading these cryptocurrencies is Chiliz with its native token $CHZ, which currently ranks #38 by market capitalization.

The Chiliz blockchain allows fans of various sports clubs to buy direct voting power into the team, creating an avenue for teams to engage with supporters.

Football fan tokens including those for F.C Barcelona ($BAR), and Juventus ($JUV), have been a mainstay on the platform, and attention is bound to increase leading up to the world cup.

The blockchain has also been working towards a Chiliz 2.0 upgrade, with $CHZ staking and NFT campaigns in the works. Should this narrative hold, we could see a strong move from $CHZ in the coming weeks.

Apecoin holders could be able to stake their $APE tokens this November, following two major proposals in their Apecoin governance forum.

Titled AIP-21 and AIP-22, these proposals would allow holders to earn yield on their tokens, and iron out the distribution of staking rewards. These proposals would release 17.5% of total Apecoin supply into the market over 3 years, to be earned by both $APE holders and owners of NFTs under the Bored Ape Yacht Club brand, including BAYC, Mutant Ape Yacht Club, and Bored Ape Kennel Club.

The staking system was to be build by Horizen Labs, and the original timeframe for the project was 12-16 weeks.

Although ApeCoin staking was slated to go live at the end of last month, several delays have pushed back the launch. While Hoirzen Labs has not updated their timeframe for this project, the official ApeCoin DAO states that it will occur today (2 November).

Also Read: Is It Finally Time To Go Bananas Into $APE? Everything You Need To Know About ApeCoin

Aside from Sui and Sei, one of the most anticipated launches for this year has to be Berachain, an EVM-Compatible blockchain built on Proof-of-Liquidity consensus.

Developed by the creators of BongBearNFTs,

The blockchain will launch on the Cosmos SDK towards the end of this year, and are currently in Devnet phase for early partners. Much like SEI, it will be focused on DeFi activities, including Dexes and trading.

Berachain will use a triple token system, which will involved

The blockchain also has a slew of renown protocols already committed to build on it. This includes redacted cartel, a self-described “Meta-Governance” protocol, Synapse, a cross-chain communication protocol, and OlympusDAO, which aims to build the decentralized reserve currency of DeFi.

5. Canto: Making DeFi Free For All

Alongside the launch of Aptos, one underrated project quietly attracted over $140 Million in TVL, despite the bear market. Named Canto public, the blockchain is a layer-1 built to “deliver on the promise of DeFi”.

Canto’s core dAPPS will not charge users fees, but instead earn revenue from a portion of network transaction fees. By allowing free, public infrastructure, they ease the frictions present in many Layer 1s and reduce “rent-seeking” practices.

Notable contributors to Canto include Joseph Delong, former CTO of SushiSwapm and B Harvest, a Seoul-based DeFi development team focused on Cosmos.

Fees on the blockchain will be paid in its native $CANTO token, which has a total supply of 1 billion tokens. Currently, 150 Million tokens have been released into the circulating supply, and users can stake them to receive upwards of 15% APY.

The blockchain also has a native over-collateralized unit of account named $NOTE, which can only be borrowed from the Canto Lending Market. While they do not deem it a stablecoin, its price will be algorithmically balanced around $1 using various interest rate mechanisms.

The premier decentralized oracle service, ChainLink has been one of the most resilient projects, with ubiquitous adoption across almost all blockchains. This real use case has inspired an army of ChainLink accumulators, collectively known as “Link Marines”.

Last month, ChainLink announced that certain community members would gain early access to $LINK staking, allowing them to further the decentralization of the oracle.

Getting more participants in the ChainLink ecosystem would also help to increase security across networks, and the oracle has plans to expand past simply staking. This involves a four-part process which includes improving sustainability efforts and support innovation.

Stakers would also gain a share of ChainLink fees. However, the distribution and economies of such rewards have yet to be ironed out by the team. While the initial beta of Link staking will only be available in December, key accumulation could be happening at current levels.

Also Read: An Introduction To Blockchain Oracles And Chainlink

With Elon Musk’s Twitter takeover, meme tokens are once again at full force. Led by Dogecoin’s meteoric rise over the last week, every tweet by the Tesla founder seems to cause mass liquidations on memecoin shorts.

Arthur Hayes, a prominent thought leader in crypto, also tweeted about the altcoin season, and many on-chain, low liquidity tokens have shown massive returns. While we may not be in a full-fledged altcoin season, the strength in crypto was shown in the recent relief rally, with many tokens outperforming Bitcoin by several multiples.

Given the FOMC meeting today, and the likelihood of a pivot by the Fed, we could see a growth in risk-on assets for now.

Should Bitcoin hold these levels, and possibly even break past $21,000, there will likely be a short-term altcoin narrative.

While “Uptober” swiftly turned into “Hacktober”, crypto still never fails to be one of the most entertaining spaces to be in. From new protocols to exciting new concepts, a new narrative is always at play in Web3.0.

Capitalizing on them and understanding how they would affect the markets is pivotal to being successful. Furthermore, the multitude of new ecosystems emerging in the bear market translates into plenty of opportunities to start building towards the next bull market.

With airdrops, yield, and new protocols galore, this bear market is shaping up to be one of the most interesting, and important, phases in Web3.0 so far.