Abracadabra Money, SPELL, Magic Internet Money: What Are They And Are They Worth Investing In? 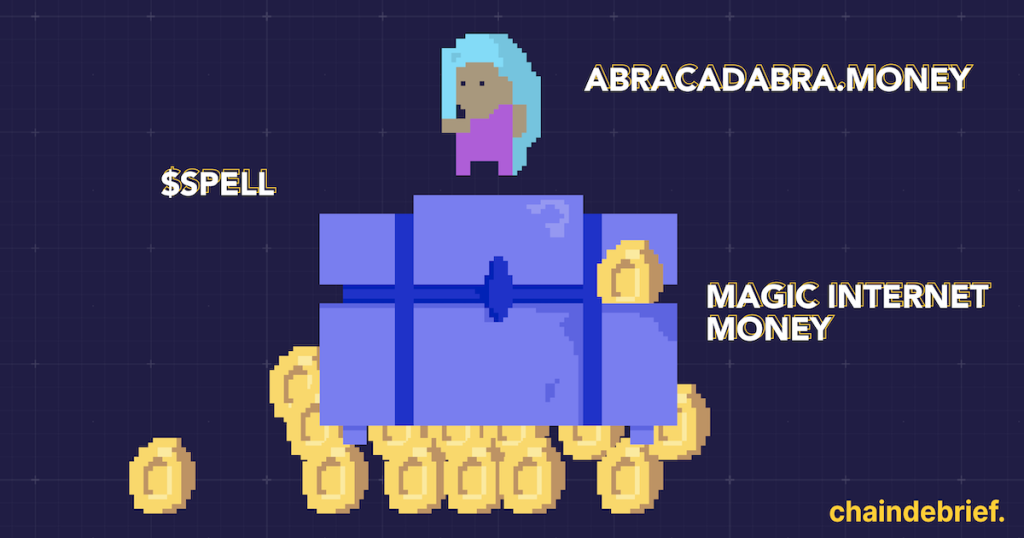 Within a very short span of time, they have been able to expand from the ERC20 chain to Arbitrum (L2), FTM, and AVAX.

What problem does Abracadabra Money solve?

The idea is the protocol would unlock and empower users ability to use less capital in DeFi to participate in yield farms with or without leverage.

What spurred the birth of Abracadabra Money?

There has always been a FUD against $USDT although it is the most widely used stablecoin in the crypto world. Before MIM, $DAI was the only decentralized stablecoin. Then, came along $UST, which is backed LUNA.

After the Ethereum price crashed in 2020, MakerDAO has added USDC to be the collateralized asset to issuing DAI. Almost 60% of DAI now is collateralized by USDC, which is not ideal as this means it is not as decentralized as it once was.

What are the differences between Maker and Abracadabra Money?

There are a few differences between Maker and Abracadabra Money as listed below:

There are 2 tokens in Abracadabra protocol, MIM, and SPELL. MIM is the stablecoin that is backed by the illiquid interest-bearing token. While SPELL is the governance token that rules the protocol.

Spell has attracted a lot of attention from users, ever since their rapid expansion to other chains – based on the 1y chart above. Spell hit an all-time high of $0.02 recently almost 20x in less than 2 months’ time.

Is Spell worth investing in?

Spell currently has the advantage over MakerDAO, due to its ability to expand to other L1s or L2s in a very short span of time, despite the core team being a small group of developers.

Its rapid expansion is not to be undermined, they have been able to deploy smart contracts out to L1 or L2 in a very efficient manner thus far.

While MakerDAO being a VC dominant would need a proper audit and risk assessment before it can even start to explore other chains. MKR at the time of writing has a market cap of 2.3 billion USD while SPELL market cap is at 1 billion USD.

Other than that, SPELL is still able to move to other L1s which is still unexplored at the moment, which includes Moonriver, Binance Smart Chain, Optimism, Solana, Terra, and many more.

Aside from Stablecoin, the founder of Abracadabra, also founded Popsicle Finance and Wonderland. There might be more synergies in the future that could be unlocked.

Another thing that’s worthy to mention is that even with TVL that’s 5x lesser compared to MakerDAO, Spell has collected almost twice the fees. These fees collected could potentially be used to buy back the token and burn or redistribute to the token holders or ultimately SPELL token holders will have a say on this.

Another notable aspect of Abracadabra Money is the leader of the project, Daniele, @danielesesta on twitter. Updates on the protocol and their quick moves in both updates in farming rewards, fees and entering new chains were always hyped up with his tweets.

His appearance on Twitter has taken the DeFi world by storm and he is now considered a crypto influencer who has huge influence on $MIM and $SPELL. He has managed to amass a good solid community #FrogNation who are active and supportive of his work as well.

Overall, Abracadabra.Money is a protocol with a strong run so far, with them being noticed and listed on exchanges like FTX in such a short period.

As more chains develop, it does seem that this protocol will be at the forefront of integrating DeFi and bringing composability throughout all chains in time to come.

Also Read: The MekaVerse Debacle: A Deep Dive Into Its Fraud Allegations And Floor Price Collapse