Algorand ($ALGO) Has Rallied This Year, But How Far Up Can This Coin Go? 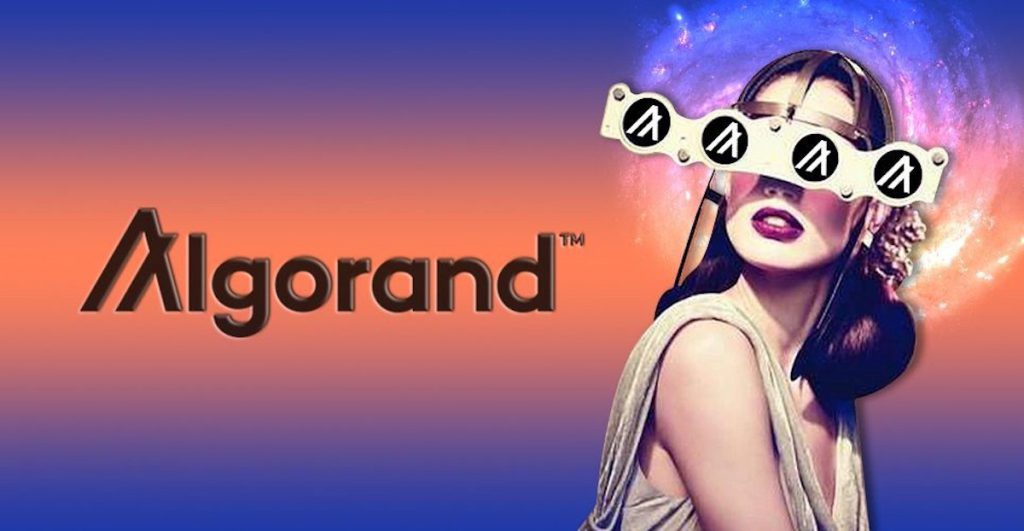 Last month, $ALGO finally breached its all-time-high of USD$2.16 for a few days and is trading around USD$1.77 currently. With $ALGO finally returning to its past levels, we have to wonder — how much further can it go?

Algorand was founded by MIT professor Silvio Micali in 2017, who received the Turing Award for his work in cryptography. It was then built by Algorand Inc and today owned and operated by the Algorand Foundation, a non-profit based in Singapore.

The token was designed around the concept of “democratic” user participation while allowing for safe and secure transactions at highs speeds.

To generate, vote or validate blocks in Algorand, the PPOS relay nodes will randomly select a participation node to propose a block, with the amount of $ALGO staked increasing the chances of being chosen.

These proposed blocks are then passed through a voting committee of other participation nodes to ensure honest transactions. PPOS defers from regular proof of stake mechanisms as the minimum amount to vote is 1 $ALGO and node selection is random, which means that a select group of users cannot control decision making.

The byzantine consensus also helps achieve security, as communication between nodes is done through “secrets”, or a string of randomly generated bits that are protected by a self-verifying cryptographic function (VRF).

So what does this all mean for the $ALGO token?

Algorand’s metrics are impressive, easily processing upwards of 1,000 transactions per second (TPS), with plans to upgrade to 46,000TPS. Transaction times are also at roughly 4.5 seconds block, with further plans to improve this to 2.5 seconds.

This will put Algorand above other top 10 crypto currencies in terms of throughput (transactions per second and latency) and almost double VISA’s TPS, a benchmark many cryptocurrencies use when developing their blockchain technology.

The average transaction price on the Algorand blockchain can also go as low as USD$0.001 per transaction regardless of transaction size, a far cry from the Ethereum gas prices we have gotten so used to.

Having smart contract capabilities, high throughput, security and a promise of better decentralization than other Proof-Of-Work and Proof-Of-Stake cryptocurrencies, the Algorand blockchain has already has more than 700 projects in its ecosystem, up from 500 earlier this year.

These platforms cross into multiple sectors such as real estate, securities, gaming and stable coins. A notable participant in the Algorand ecosystem is the EXODUS crypto wallet, a free multi-currency crypto wallet, which sold tokenized shares of its parent company on the Algorand blockchain.

The government of El Salvador, which recently adopted Bitcoin as legal tender, has also signed an agreement to build its country’s blockchain infrastructure on Algorand.

Algorand has also been in the news recently for good reasons, mainly because of institutional investors backing the project.

Though retail traders can speculate on whether the price goes up or down, it takes real institutional money to eventually push a token to greater heights, and Algorand has just that coming.

In June, Arrington XRP capital, a digital manager with over USD$1 Billion in assets, pledged USD$100 Million in funding to invest in projects on the Algorand blockchain, with a highlight on Non-Fungible Tokens (NFTs) and Algorand’s partnership with the city of Miami to use its blockchain in municipal projects.

SkyBridge Capital, a global investment firm, and Valkyrie Investments Inc, an alternative asset management firm, have committed a further USD$100 million and USD$250 million to their respective Algorand funds, which would not only accelerate the blockchain’s growth, but also buy up $ALGO for their funds to push prices up.

Not only will smart contracts become easier to write, they will also become more accessible to the open market, allowing more developers to take part.

Furthermore, becoming carbon-negative is a great plus for companies that are sustainability-focused and would turn away from Ethereum or Bitcoin, which use tremendous resources in their Proof-of-Work mining systems.

Algorand’s Decentralized Finance (Defi) play is also still relatively small, with only about USD$51 million worth of $ALGO Total Value Locked (TVL) on its first Defi Platform Yieldly, putting it slightly outside of the top 40 projects based on TVL.

However, it got there without much financial assistance thanks to its no-loss lottery staking system and attractive returns.

Furthermore, the Algorand Foundation has recently announced a USD$300 Million fund to support DeFi innovation –- with most of it going towards liquidity mining incentives.

Referencing Avalanche Rush’s USD$180 Million liquidity mining protocol, TVL for Avalanche’s native token $AVAX increased by almost 10 times to date, and total TVL in terms of USD rose from USD$300 million to USD$6.8 Billion. This corresponded with a 300% increase in $AVAX price, which has since dipped slightly.

If Algorand is able to achieve anywhere near Avalanche’s success with their liquidity protocol, supply shocks will come into play and potentially push $ALGO to moon.

$ALGO token price has been suppressed throughout its history due to its failed Initial Coin Auction, where almost all tokens were bought back by the Algorand Foundation to be burnt, and its accelerated vesting schedule (how frequently tokens are released into circulating supply).

There have not been many demand drivers for $ALGO as well, due to a lack of minimum staking requirements and a diverse, but young ecosystem. However, with projects building rapidly on the blockchain thanks to increased funding and their liquidity protocols, $ALGO is set to test new all-time-highs soon.