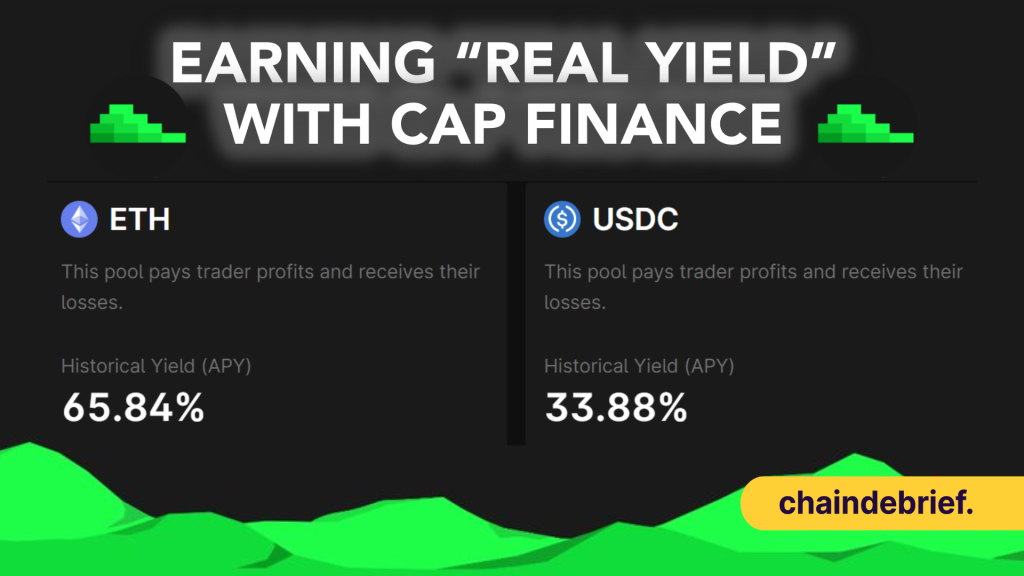 If you have been in DeFi long enough, you would be familiar with the good old farming days, especially (for me) chasing the 75,000% APY of Wonderland TIME. While the hype saw the introduction of DeFi 2.0 to the masses, whatever was left are sombre and a dying interest in the space.

One thing was for sure, though the protocols offered lucrative incentives, it was not sustainable. The success of these platforms exploited what is known today as the “greater fool theory” – Where a person is a fool in buying a certain asset but still makes a profit by selling to another “greater fool”.

The highly inflationary nature of these projects also contributed to their downfall.

While the platform tokens are either reinvested and or sold to a “greater fool”, the crux of its mechanism involved creating more tokens as rewards. Basically printing money out of thin air in creating value.

What is Real Yield?

While it is clear those systems did not work, a new narrative has emerged – Real Yield.

Instead of utilizing inflationary token mechanics, users who use the protocol will get a cut from the protocol’s revenue. These rewards are issued out in mainstream assets or in stablecoins like ETH or USDC/USDT.

Also Read: All You Need To Know About GMX – A Deep Dive Into The Next Crypto Derivatives Leader

Another example is Kujira, where rewards are distributed in various tokens,

Also Read: $KUJI Up 155% In 2 Weeks, What Is Kujira And How It Is Driving Real Value

BossleeLah did a valuation model for the community. It shows how protocols are driving revenue and fees, with estimates based on the assumption of the project’s volume.

Alternatively, you may also look at Dune Analytics to find specific data you may require. The template above is on GMX but you may find more resources with Bosslee’s tweet below.

You got a rough idea of what real yield is, now let’s dive into what Cap Finance is and how it can provide real yield to you.

Some may say it is a degen play (currently hovering around the 14M Market Cap), but those who recognize the real value it brings might be rewarded well. This is not financial advice.

What is Cap Finance

Cap finance is a decentralized exchange specializing in synthetic trading and synthetic market making. Currently, it only provides trading access to two pair, BTC/USD and ETH/USD. Oh and it is free, there are no fees involved when you trade.

It is also a protocol on Arbitrum with its native token being $CAP.

Cap is a platform which functions based on these 2 components.

In essence, the above-mentioned components are the building blocks of the protocol.

As the saying goes, “The House always wins,”. Cap is referred to as “The House”, and they are betting on the fact that 95% of traders tend to lose in the long run.

When a trader trades on Cap, they are basically trading against the pool, in this case, the pool is made of ETH and USDC.

Profits will be derived from the pool when the trader wins (closing the position in profits).

When the trader loses (closing the position in a loss), his asset goes into the pool.

Upon liquidation, a portion of the assets will be distributed to the ETH/USDC pool as well as the rewards pool, staking rewards and its treasury accordingly.

So now we know where the attractive yields come from and how they are sustaining their real yield narrative.

Because of Cap’s mechanism, users can derive “real yield” from staking $CAP which will distribute rewards consisting of a percentage of $CAP and $ETH, contributing to the current 11.37% APY.

Will the house lose?

The short answer is yes.

The pool will not be risk-free. The bearish situation is when a big group of profitable traders sweep the entire capital of the pool.

As the pool constitutes all the rewards in the system, you might not get back your deposit when the pool is wiped out, disrupting the entire rewards mechanism.

You also have to note that withdrawals cost 1% and there is a 24-hour lock-in period.

You may also find the latest information on the dashboard made by 0xdarkcap.

The current team is anon, but has a large experience in TradFi and Crypto, there are also updates on v4 coming. There are also no traces of VCs and backers for protocol.

Its TVL has also been growing since Q2 of 2022 and is now ATH. Trading volume and revenue charts has also showed similar positive sentiments.

Cap finance stands out in providing zero fees for traders. Their aim is to provide a cycle which attracts traders and activity which thereafter, increases the volume of the protocol. This will in turn bolster the liquidity of the platform, making it harder for “whales” to deplete the pool.

Although the volume traded on the platform may not come in comparison to the competition of GMX and dYdX, Cap finance is positioning itself as an exchange which provides “real yield” while still emerging as a protocol, something which may blow up when the narrative of real yield erupts.

Accompanied with a low market cap, ~14M, on Arbitrium, decent tokenomics and few future catalyst with v4 incoming, it may be a protocol to watch when the right market comes.