Anchor Protocol’s Stablecoin Rates No Longer Fixed At 20% – What Does This Mean For Investors? 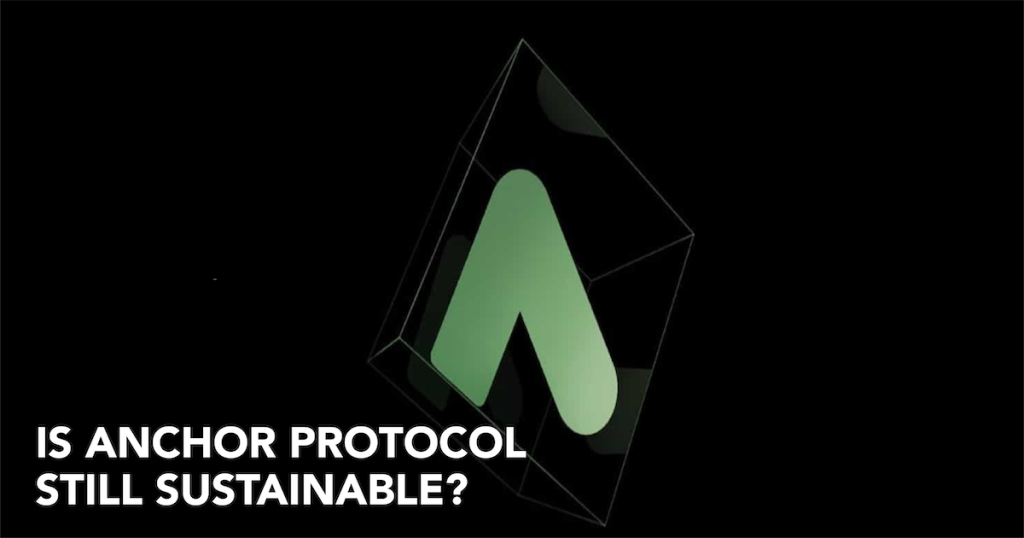 I am sure everyone is familiar with Anchor Protocol, the leading protocol for interest rates at 20% for stablecoins.

Anchor Protocol plans to buy a total of US$10 billion worth of Bitcoin for its reserves. However, it is still undergoing fine-tuning of its mechanisms, and it is likely that Terraform Labs and the Luna Foundation Guard will not be able to bankroll this rate forever.

That is why the new and improved dynamic earn rate has been introduced recently, to make the Anchor Model more sustainable.

As a quick recap, users can look at Anchor Protocol as a hybrid commercial bank. Typical traditional banks make more capital from current and non-current assets than liabilities, and this is known as positive spread banking.

Anchor, however, is a negative yield bank. Ever since December 2021, the positive market conditions were sufficient to ensure a net positive cash flow of interests for the protocol.

However, it is starting to run a negative spread, which means the cost of its liabilities exceed the capital generated by its assets or equities.

With the negative yield, this means it is only a matter of time till the reserves of Anchor are fully depleted.

That means that should Anchor Protocol disappear from existence of the Terra Ecosystem, its ecosystem would collapse and $UST would go off peg, spelling the downfall for LUNA.

Anchor will now have a dynamic yield that deviates by a maximum of 1.5% a month from the stable 19.5%.

Obviously, it is not possible for VC’s and Luna Foundation Guard to continuously pump money to bankroll the current rate. It draws millions of dollars everyday, and the current borrow-to-deposit ratio will mean these reserve funds will only last for another three to four months.

The primary goal of Anchor, as its name implies, is to provide stable interest rate and increase the adoption of its stablecoin $UST.

It has been rather successful considering that it has gone from US$100 million to US$16.8 billion in Total Value Locked in a year.

For Anchor to provide a stable rate of 19.5%, it is more sensible make this rate variable. This is why it is changing by a maximum of 1.5%, and only once a month, to make the interest rate more predictable. In addition, users may even get a bonus of a higher interest rate based on the borrow-to-deposit ratio.

The dynamic rate model is actually quite simple, and is an equation that is based on the increase and decrease to its Yield Reserve. As a simple illustration, if the yield reserve goes up, the deposit rate will increase by 1.5%, and vice versa.

Unfortunately, this model is still not sustainable, even though this is a healthy start to improve the sustainability of the protocol.

Ultimately, the yield reserve will still drain by around 25% a month, which will still result in the reserve being depleted within three to four months. 1.5% changes are insignificant and it will take a long time for it to have a lasting impact.

How could Anchor increase its sustainability?

Community builders are constantly submitting new proposals that will be interesting to watch if they are passed, but currently in the short-mid term Anchor needs to implement some strategies such as:

No matter what, the end-game is that Anchor without a doubt has to attract more borrowers to the protocol.

Anchor’s deposit rate is nearly 4x more than the borrow rate, and even with the 1.5% dynamics, it will take some time for it to have some significant impact.

If we assume this ratio remains constant, Luna Foundation Guard will roughly have to donate another US$400 million to keep the protocol running for the year before it can become a self-sufficient model.

With an extra US$400 million, this would provide sufficient time for the deposit rate to drop to around 6%. While the rate is slowly decreasing, it is expected that the new ratio of deposits to borrows will decrease, reducing the strain on the yield reserve itself. It is expected that the interest rate will roughly settle around 6% to 9% by a year.

However, if the deposit to borrow ratio changes, it is possible that this rate could be far off the calculations.

Ultimately, Anchor has not developed but soon well develop more incentives for users to borrow funds from Anchor.

What is the end-game and what is Anchor currently doing?

The founder, Do Kwon, is looking to grow Terra with Bitcoin. Bitcoin has been the most sustainable and battle-tested coin for a hard reserve asset that has been proven.

Bitcoin is going to be purchased in its reserve and has already happened, with the goal to accumulate $10 billion worth.

Ultimately, Anchor came out because it wanted to increase awareness of the LUNA ecosystem and increase its TVL by bolstering itself as a stable consistent safe yielding platform, ultimately increasing the adoption of $UST.

Given that its TVL has increased significantly, I would say that this has been rather successful. Anchor however still needs a significant amount of borrows to become more sustainable in the near future.

In addition, Anchor still has a lot of work to be done. Anchor has been integral in onboarding liquidity into the cryptocurrency ecosystem, encouraging people to explore this diverse asset more. However, it needs to be known for what it wants to be, whether an NFT-gaming ecosystem like Solana, or a DeFi ecosystem like Fantom.

I would say that LUNA ecosystem is heading for a more DeFi route, with various protocols for farming already being developed as we speak.