Can We Trust Centralized Exchanges? Why I Am Moving All My Funds Out 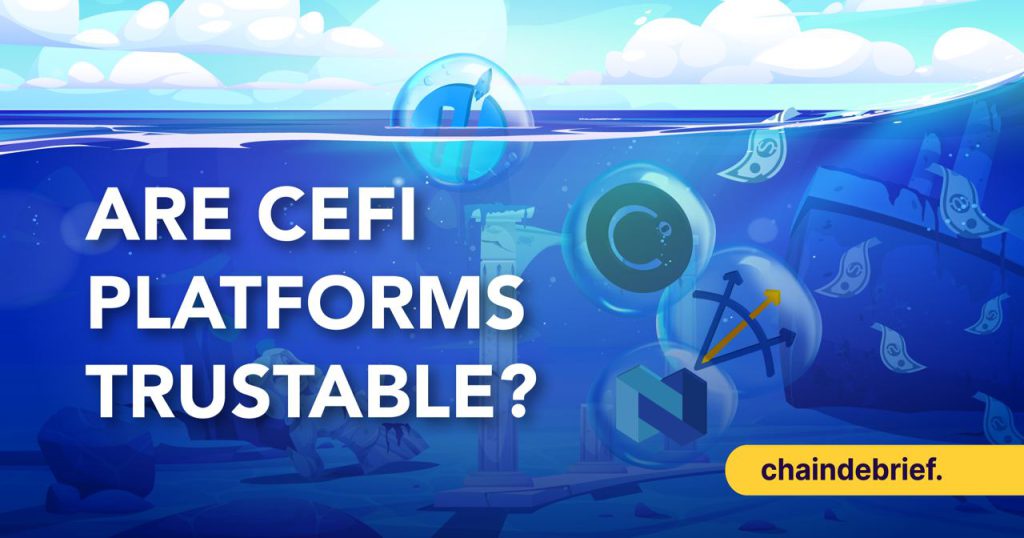 There have been explosions in the CeFi crypto scene recently, and another one may get into trouble soon. Are your funds truly safe in centralized exchanges?

With the recent news on Celsius and Three Arrows Capital (3AC) potential insolvencies, there has been a lot more call for transparency in the industry.

There were signs of Celsius going underwater, but no one saw it coming for 3AC.

Today, a local Singaporean firm, Hodlnaut, may be in trouble. They are not on the brink of insolvency, but they are not as well-off as they claim to be. Hodlnaut has allegedly been misrepresenting its yield sources and risk profile.

Additionally, Nexo has come under water for the wrong reasons too. They were found to be trading against their clients. Let’s dive in deeper.

There are two types of risk when you choose to use a service crypto – protocol risk and platform risk.

Protocol risk includes the risk associated with failures of the various crypto projects (i.e. protocols), for example, Ethereum, Solana and Terra, to name a few.

Platform risk includes the risk associated with the failures of the institutions that have cropped up around crypto (i.e. platforms), like 3AC, Celsius Network, Coinbase and many others.

The collapse of Terra is merely two months old.

When Terra collapsed, it dragged the entire market down and rightly so. Terra was
1) interoperable with other protocols. All the protocols it interacted with when Terra went down suffered collateral damage.
2) holding 80k BTC, which it liquidated in a failed attempt to defend the UST peg. This caused an immense amount of selling pressure on Bitcoin’s price.

That was just Terra alone. There has been a glut of DeFi scams, hacks and exploits plaguing crypto protocols, with almost USD$ 5.2 billion of funds lost according to DEFIYIELD’s REKT database.

The top 3 have come in the form of exploits in protocol – Ronin was exploited for USD$ 625 million, Poly for USD$ 600 million and Wormhole for USD $326 million.

One piece of lousy technology can take down entire swathes of capital. That, in and of itself, is a systemic risk.

I wanted to delve deeper into this, especially with all the CeFi FUD. Platform risk is, in a nutshell, a transparency risk.

Most companies do not disclose 100% of where and how they generate the funds to pay out the yield for depositors. However, that has often been overlooked as users would only be fixated on the yield they are getting, not so much on the nitty gritty details of how.

This has led to the potential insolvencies of a few big names in the industry (Celsius, 3AC), where we all need to rethink how we approach money-making services.

Currently, Celsius and 3AC still exist, but there’s no denying that they have added stress to the system.

Two weeks ago, Celsius Network, a company that offers high-yield products on depositors’ crypto, paused withdrawals from its platform as it faced significant liquidity issues.

Celsius offers retail customers industry-leading yields for their coins. Its founder, Alex Mashinsky, has described Celsius as a platform that generates profit by lending assets, similar to banks.

However, that hasn’t been the case, as claimed. Celsius has moved from providing short-term loans to market makers and arbitrage traders to deploying capital in DeFi’s lending protocols, generating higher returns.

Higher yield comes with higher risk. A higher risk than what their customers may be willing to stomach, although they are kept in the dark.

There is nothing wrong with offering a higher yield, but something is troubling about offering yield by putting customer assets at risk. And that increased risk profile has come to bear.

Also Read: How Celsius Single-Handedly Crashed Crypto And What It Means For You

This may not be as bad as Celsius, as 3AC’s customers and counterparties aren’t regular people like you and me.

However, there is the worry that 3AC’s failure will lead to a contagion event across all crypto.

Here’s what could happen: Counterparty A will be forced to sell assets to avoid complete loss, pushing asset prices down, which leads to Counterparty B doing the same. And so forth as asset values cascade down toward zero.

There have been claims that Nexo trades against its customers. Reason so? Simply for profits.

But how do they do it? Nexo allegedly

These CeFi platforms know exactly the liquidation level of their users. Nexo purportedly lowers the token’s price to liquidate users to earn the 2% penalty fee.

According to a whistleblower, the head of trading for Nexo did not know much about DeFi and crypto. Their revenue allegedly comes not from DeFi farming but from liquidating their customers.

Nexo also earns two-fold when they manipulate the prices of coins down to liquidate customers:
1) 2% liquidation penalty from users’ collateral
2) Less interest paid as users have lesser collateral to their name now

After the LUNA/UST incident, Hodlnaut clarified that stablecoin yields are generated in-kind. The yields on USDC, USDT and DAI were not from depositing UST into Anchor Protocol.

However, FatManTerra recently tweeted that an anonymous account messaged him with some information and wallet addresses, showing allegedly Hodlnaut had massive UST exposure during the depeg.

On-chain analysis showed that Hodlnaut were already moving millions of dollar into Anchor before they listed UST on their website, however, whether or not the wallet tagged on the Nansen dashboard is truly yet to be confirmed.

FatManTerra also pointed out several signs of highly degenerate trading activities of Hodlnaut’s wallet, especially during the depeg, which has yet to be confirmed by the Hodlnaut team.

These prove that CeFi platforms could be far more irresponsible and degenerate than we think. One thing is for sure, we will never know what happens behind the scene but we can always prevent ourselves from getting to that position.

As always, prevention is better than cure. You do not want to have your assets stuck on a platform and not be able to withdraw them when the time comes.

As the old saying goes – not your keys, not your coins. There are significant risks in handing over your tokens and giving full custody to these companies as you do not have control over what they choose to do with your assets. This is not the time to place the trust in someone else’s hands.

Most people in the crypto space had the impression that 3AC is an impressive firm managed by “smart people.” However, behind closed doors was a different story—a story of over-leverage trades and under-collateralization.

As FatManTerra tweeted: “It’s self-custody season. The tide is receding. Don’t be the one caught next.” 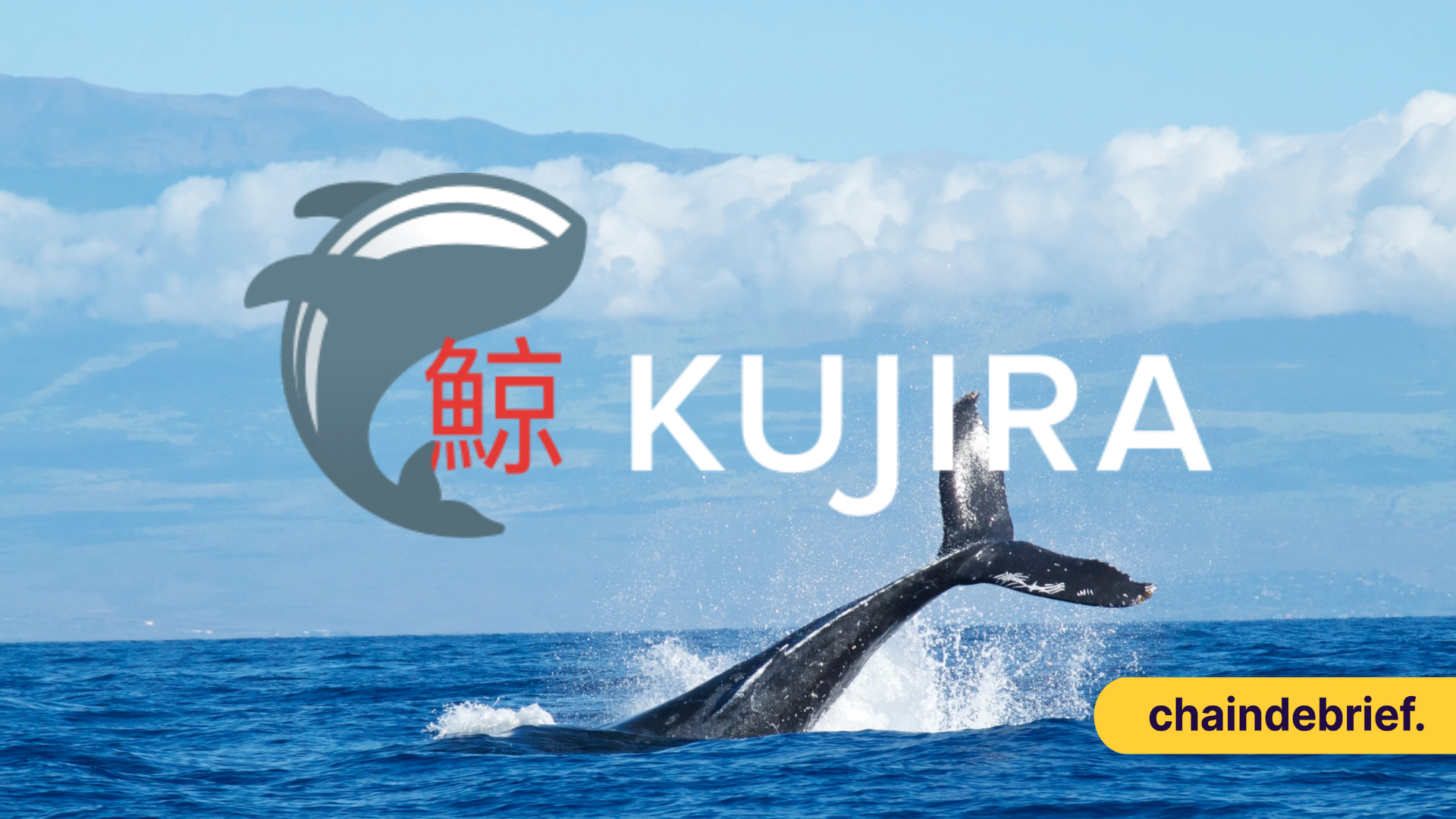