Azuki Scam? How The Price Of This Blue Chip NFT Project Tanked Overnight 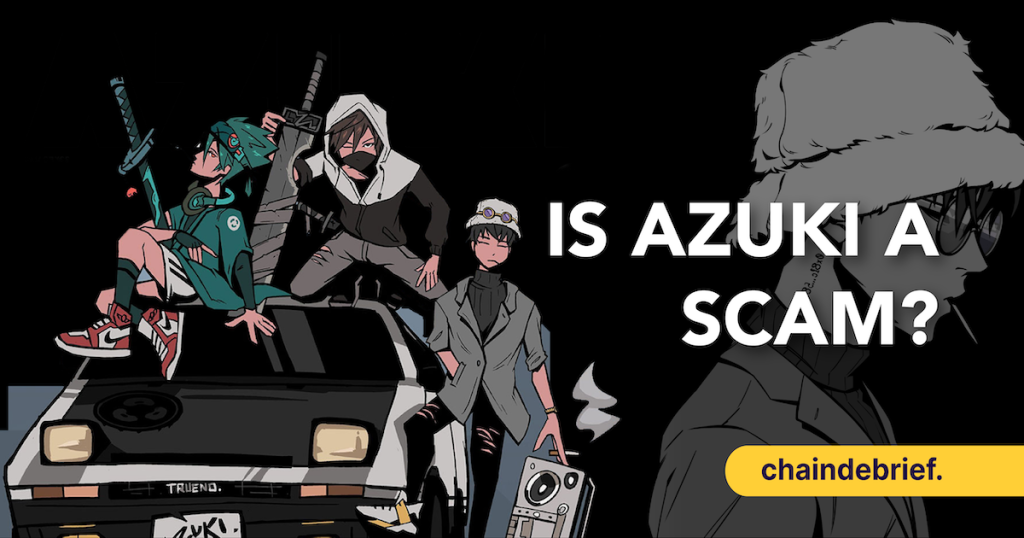 The NFT space is one of the most controversial, even within crypto. However, certain projects have managed to establish themselves as “blue-chips”. These often get recognized outside of the space, with some celebrities even using them as profile pictures (PFP).

Until recently, Azuki was one of these blue-chips. So why has its floor price tanked significantly in the last few days?

The brainchild of @zagabond.eth, Azuki is a 10k PFP collection created under @chirulabs. Touted as the “Supreme” of the Metaverse, It promised to build a strong, decentralized brand, owned by its community.

It promised holders a stake in the “Garden”, their own metaverse, and future developments. This would include streetwear collaborations, live events, and a game.

More recently, they released their second collection, a subset of Azuki. Known as “Beanz”, they are a 20K NFT collection that pairs with Azukis. They also offer a “selfie mode” which can be used as an alternative PFP.

On May 9th, Zagabond posted a reflection on his journey thus far. In it, he revealed being previously responsible for three NFT projects, namely Phunks, Tendies, and Zunks.

While this itself is not a problem, several NFT accounts quickly pointed out that all three did not deliver on their promises.

Phunks were simply mirrored versions of the popular CryptoPunks and Tendies had a disappointing mint. There have also been rumors of the team behind Zunks posing as females to promote their project.

Furthermore, several smart contracts were drained of funds and the team kept all royalties.

Following this news, both projects have fallen more than 60% in $ETH terms.

In a recent twitter spaces, Zagabond defended himself by saying the earlier projects were simply “learnings” instead of rug pulls. This drew the anger of many in the NFT community, who demanded he dox and step down from the Azuki project.

Is Azuki Still a Blue-Chip?

Zagabond has released statements on how he hopes to rectify the situation.

The main points are:
1. Phunks, Zunks, and Tendies mint and royalties (inclusive of Looksrare wash trading royalties) refunded to communities

It is also unlikely that Zagabond will step down from his position within the community. While this may leave a bad taste for many holders, the project has found strong support at around 10 $ETH.

Many holders argue that while Azuki may have been created as a rug, it has grown its own identity. They trust that it has already cemented its place in the NFT world and will continue to be a blue-chip if the team delivers.

That said, many whale wallets have already sold their Azukis, and that trend is getting stronger. Whether Azuki can recover and regain its blue-chip status, however, depends on its community and Chirulabs.

Also Read: Are NFTs Useless? Here Are 4 Utilities That NFTs Can Bring To Their Communities