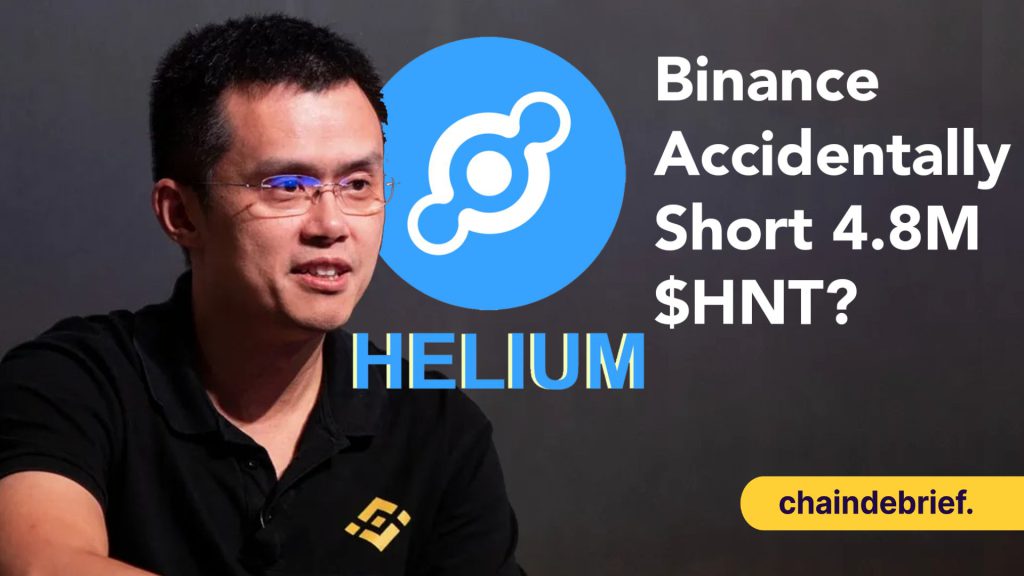 Last month, the Helium Foundation proposed to migrate their project over to the Solana blockchain. Proposed in HIP-70, it was aimed at improving the operational efficiency of the Helium blockchain.

While the news was nothing shocking, it led to a 35% fall in $HNT prices, which was then attributed to it.

One of the many features of the Helium network is an additional incentive token, known as $MOBILE.

By providing 5G hotspots, users can earn these tokens, which are then redeemable for $HNT after a certain period.

With only 100 million $HNT tokens in circulation, this meant that 5% of the floating $HNT supply was credited to $MOBILE depositors.

Furthermore, it implies that other customer’s deposits were drained to make up for this amount.

As such, their wallet address for $HNT showed an almost zero balance following the error.

Those who received the tokens created out of thin air dumped it on the market, depressing $HNT prices.

Since then, prices have fallen steadily over the last month, and $HNT now sits at 35% off it’s August peak.

However, Binance now lacks approximately 4.8 million $HNT, which it may attempt to buy on the open market. With only a few million in trading volume every day, filling such a large buy order would mean a huge spike.

Furthermore, this effectively translates into a short position, as they are technically in “debt” to sell $HNT. If Helium network token prices skyrocket, it could result in unlimited losses for Binance.

At the time of writing, Binance CEO and Founder Changpeng Zhao has not commented on the situation.

Also Read: Using The On Balance Volume (OBV) To Execute Your Crypto Trades