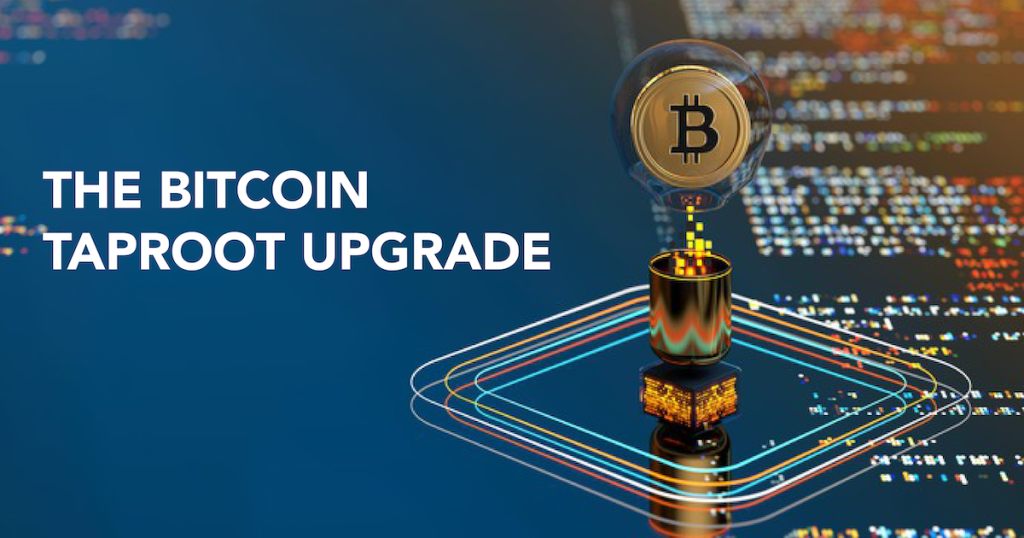 Bitcoin ($BTC), the world’s first digital currency with a Peer-To-Peer electronic payment network, recently set a new All-Time-High at $66,930 (coinmarketcap) in its latest rally. Solidifying its spot once again as the king of crypto, we should take a moment to look at its upcoming upgrade and the potential behind it.

Bitcoin sits at the top of the cryptocurrency charts by market capitalization because of one main reason — it was the first. Though its code is open-source and can be easily replicated into other cryptocurrencies, it still does not change the fact that Bitcoin was and will always be the first cryptocurrency to reach the masses.

Though originally developed as a peer-to-peer payment method, Bitcoin has since taken on a role similar to gold, becoming the reserve currency for the cryptocurrency space.

However, many have speculated that Ethereum, the second largest cryptocurrency by market capitalization to eventually “flip” Bitcoin and take its place — due to Ethereum’s wide string of use cases, thanks to its smart-contract functionalities.

Smart contracts are programs stored on a blockchain that run when predetermined conditions are met without a middleman. Smart Contracts have led to the birth of use cases such as DeFi (Decentralized Finance), NFTs and governance, which are booming in the current space.

Bitcoin maxis are subsequently left in the lurch, staking Satoshis without utility and causing speculation on which altcoin will eventually take its place.

With the Taproot Upgrade however, it may finally be time for Bitcoin to remove the possibility of an Ethereum “flippening” forever.

What is the Taproot Upgrade?

Bitcoin’s Taproot Upgrade will be a change in the protocol of the Bitcoin Network, which is done to add features to the blockchain.

The proposal for the upgrade was released in January 2018 by Bitcoin Core developer Greg Maxwell and was approved on 12 June 2021, when the 90% threshold of blocks mined with a support signal from miners was reached.

Taproot will come into action when Bitcoin with block 709,632 which is estimated to be around mid-November.

The upgrade includes three proposal numbers known as BIP340 (Schnorr Signatures), BIP341(Taproot) and BIP342(Tapscript), which are collectively known as Taproot.

The function of the upgrade is to replace the current ECDSA (Elliptic Curve Digital Structure Algorithm) Signatures with Schnorr Signatures. Signatures are the method through which a blockchain keeps documentation of transactions that occurred on it.

These upgrades will allow for the following benefits:

Why the need for Taproot?

Currently, Bitcoin lacks scalability due to its use of ECDSA signatures, which weigh 72 bytes and requires each transaction in a multi signature transaction to be broadcasted individually to the blockchain.

Schnorr Signatures instead weigh 64 bytes, which means an 11-12% gain in efficiency, and are also able to broadcast the same transaction as a single signature to the blockchain. This makes it cheaper and faster to run complex smart contracts.

Currently, the only feasible smart contract Bitcoin is able to run is P2PKH (Pay-to-Public-Key-Hash), or basically sending Bitcoin to another wallet address. Bringing smart contract capabilities to Bitcoin means that not only will it be able to be treated as a store of value, it will now have the utility to justify that.

Furthermore, Schnorr Signatures also allow increased privacy for Bitcoin. Previously, you could see each individual transaction on a multi signature contract, allowing you to see who was involved and who voted for certain governance actions.

Packaging it all together allows prevents this and increases privacy — though this may be against the transparency aspect Satoshi intended.

What does this mean for Bitcoin?

Bitcoin utility means that more of it will be employed in the crypto space, possibly even creating Bitcoin-based decentralized finance systems and NFTs.

Bitcoin’s supply is already highly illiquid, meaning that there are a lot of Bitcoin that have been put into cold storage, and not on exchanges to be traded. With smart contract capabilities, there will be even more illiquid Bitcoin and with constant demand, we could see Bitcoin shoot to 100K or even higher post-upgrade.

However, take note that despite these improvements, the Bitcoin blockchain still lags behind most other top 20 protocols with respect to the Blockchain Trilemma and the supply shocks we see may not be as large as expected.

Also Read: Not Your Math Homework: dYdX Is The Protocol For Decentralized Derivatives