What Are Central Bank Digital Currencies (CBDCs) And How Do They Match Up Against Crypto? 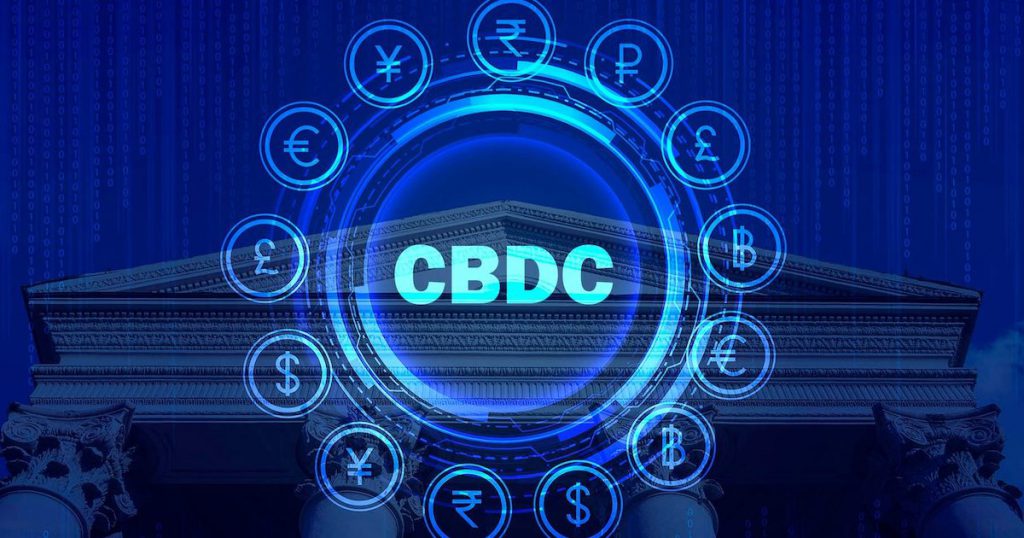 The cryptocurrency market is, as its players would say, bullish. To counter the rapid circulation and adoption of crypto tokens, governments around the world are taking a page out of Bitcoin’s playbook, and investing in the development of what is known as central bank digital currency (CBDC).

But what are they, what do they aim to do, and how do they compare with cryptocurrencies as we know of today?

Cryptocurrencies need no explanation, but what about CBDCs?

A concrete definition of CBDCs is not yet agreed upon, but what we do know, is that it is a new form of digital currency currently being explored and experimented by governments all around the world.

Like cryptocurrencies, CBDCs in general are built on the blockchain and relies on a distributed ledger. However, because they are issued by governments, they are centralized.

This means that a central bank reserves the right to delegate management of the ledger to its preferred financial institutions, and users of a CBDC could be subject to certain government guidelines.

Different countries have their own reasons for developing CBDCs, but according to the IMF, they mainly include:

As of now, over 80 countries are racing to develop and issue the very first CBDC. China is the first major economy to make significant strides in the domain. The country has already published a white paper on its native CBDC, e-CNY, and plans to put it to use during the 2022 Winter Olympics.

Elsewhere in Asia, South Korea’s central bank, the Bank of Korea has begun piloting a program that will test the feasibility of adopting a CBDC. In Thailand, the central bank has released a statement detailing the results of its CBDC study, concluding that digital currencies should not disrupt the country’s financial sector.

Back home in Singapore, the Monetary Authority of Singapore (MAS) announced in July that its cross-border CBDC payment trial with the French central bank using the Quorum blockchain has been successful.

CBDCs are viewed by governments as the pathway to revolutionize existing digital payments. However, there is also the concern that widespread adoption of CBDCs would undermine traditional fiat currency, which is something that governments are not ready for at this point in time.

Due to the fact that most CBDCs are modelled after Bitcoin, they are often compared to cryptocurrency in several aspects.

CBDCs are issued by central banks, whereas cryptocurrencies do not have a central entity controlling their circulation. The very existence of CBDCs goes against the defining feature and principle that made cryptocurrencies a valuable asset in the first place: decentralization.

The cryptocurrency community views CBDCs as a way for governments to tighten control over the way its citizens use money. Paper money cannot be traced, but CBDCs can as transactions are recorded on the blockchain. CBDCs would thus give governments greater surveillance and autonomy and over a country’s financial system.

Bitcoin and other cryptocurrency ledgers are public, and anyone can access the records to track a transaction. The government cannot possibly make every single one of its citizens’ transactions public due to privacy concerns.

There is also the issue of cyberattacks on the blockchain — if a CBDC faces a 51% attack, for example, its value is likely to decrease. Thus, even before rolling out a CBDC, governments have to pour in significant amounts of money to build robust cybersecurity infrastructure.

Albeit issued on a different space, CBDCs still pose the question of inflation. Bitcoin and some cryptocurrencies are a store of value due to their deflationary nature.

However, consumption of money is typically inflationary and if more people hold CBDCs, its value decreases and citizens would be less incentivized to transition to CBDCs.

Will CBDCs take off soon?

In certain ways, CBDCs are complete opposite of cryptocurrencies. In fact, many in the cryptocurrency community have expressed skepticism towards CBDCs due to differing opinions on currency ownership and privacy, as discussed above.

However, CBDCs are still in very early stages of development, so whether or not it will replace traditional fiat currency in the future is still too early to predict.

There are also many technical challenges to overcome, and central banks considering CBDCs may need authorization from their legislative bodies to issue them. Furthermore, central banks will look to coordinate international policies and standards for CBDCs, which means that there is a lot of work left to do in that area.