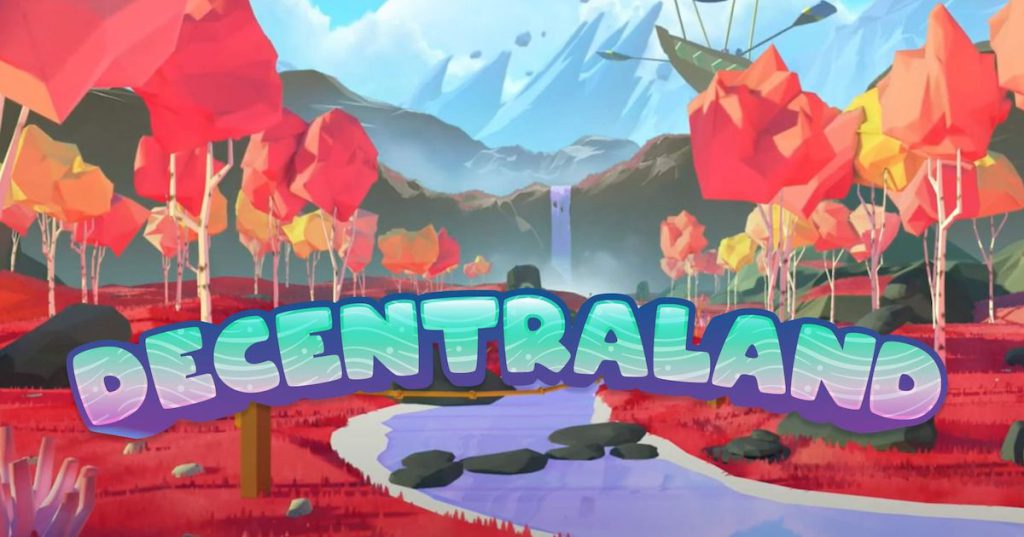 Over the past week, a number of tokens associated with the broad concept of the ‘Metaverse’ have skyrocketed in price.

One of the most prominent tokens re-capturing attention has been MANA, the native token of Decentraland, which had been trading anaemically over the past few months before spiking to a new all-time-high (ATH) of USD4.69 over the past few days.

As seen in the chart above, MANA was trading at a price of ~USD0.60-0.80, before jumping to an average price of ~USD3.50 and correcting downwards after an aggressive spike.

The longer-term price trends of MANA also look promising, with the token appreciating significantly in price since it began trading back in 2017.

We take a closer look at the underlying protocol itself, as well as examine the key reasons for the recent spike in price.

While the term ‘Metaverse’ has only recently started to gain popularity, especially from the latest rebranding of Facebook to ‘Meta’, Decentraland has actually been around since 2015, a full 6 years ago (way before the pandemic!).

Created by Ari Meilich and Esteban Ordano, the protocol started initially as a pixelated grid which allocated pixels to users via a Proof-of-Work algorithm, before evolving into a platform for the Metaverse.

The token for Decentraland was listed alongside its early beta launch in 2017, when the protocol also kickstarted NFT sales for parcels of digital land in Decentraland, which are capped at 90,000 plots.

In summary, Decentraland is one of the OG projects seeking to bring the Metaverse to fruition, and was a pioneering project in the space.

Having developed its product over a much longer period of time, Decentraland is also one of the most mature protocols.

How does Decentraland work?

Decentraland is a fully browser-enabled experience presently. To begin accessing the Metaverse on Decentraland, users simply have to connect their Web3 wallets to the platform, but also have an option of creating a native account to begin the experience as a guest.

Currently, Decentraland is only supported on web browsers Chrome or Firefox, with mobile support still in development.

Once connected, users are brought to an avatar creation page, where they can freely customize their Decentraland avatar’s appearance.

This does not require any MANA nor gas fees – once users have decided on the look and feel of their avatar, they can name their avatar and begin accessing the world of Decentraland.

Upon connecting to the platform, users control their digital avatars and are free to explore the world of Decentraland.

All users start their experience in the Genesis Plaza, where they can view the latest events that are happening and drop into various spaces within the Metaverse.

While accessing Decentraland is free, MANA, the native token of Decentraland, is required to pay for in-world goods and services.

MANA is also the currency that is used to purchase land plots in the platform (known simply as LAND), with all proceeds of MANA from LAND sales used to burn MANA.

Given that the number of land plots in Decentraland is limited, the broad geography of Decentraland can be split into (i) themed community districts, and (ii) private land parcels.

Themed community districts are not owned by any individuals, while private land parcels can freely be bought and sold on the Marketplace. Each LAND parcel on the platform is an ERC-721 NFT, and can be traded on the official Decentraland marketplace, or via Opensea.

Initially, LAND sales were launched at a price of only 1,000 MANA (when the price of MANA was below 10 cents) – a quick look at current land sales shows that the cheapest land parcel is selling for 3,350 MANA.

Why did MANA spike in price?

The timing and rebranding of Facebook into Meta caught many observers by surprise, particularly those who have been unaware of Facebook’s challenges in user growth / retention as well as its concerted push over the last few years to invest into augmented reality and virtual reality tools.

Indeed, the re-naming of Facebook’s parent company to Meta, as well as a rebranding of the parent company’s logo, signals a very strong public intent by Facebook to become the de-facto platform for future consumer experiences bridging the digital and physical realm.

While the move has attracted much controversy, particularly given that many consider Facebook’s move as an attempt to centralize and monopolize the concept of the Metaverse as its own, the public announcement and popular attention on the rebranding also created a halo effect for existing protocols which have been building Metaverse concepts over the past few years. This has certainly had a big impact on the recent price surge of MANA.

Moreover, given the challenges of building immersive experiences, investors are more likely to bet on more established protocols which have a track record of executing well.

As one of the OG protocols in the space, with blue-chip backing by established investors such as Animoca Brands, Decentraland will certainly be one-to-watch as the segment continues to mature.

2. General optimism and positivity on Metaverse-related protocols as a driver of mass adoption

While the Facebook rebranding may have served as an immediate catalyst, interest in gaming and Metaverse related protocols as a driver of mass adoption for blockchain technology and Web3 is a longer-tail trend which is well-established.

The most popular gaming protocol continues to be Axie Infinity, which has amassed a huge following and user base through its play-to-earn mechanics. As the Axie world has continued to expand and grow, so has the in-game economy, which is beginning to expand and sprawl into a much more mature ecosystem.

On the other hand, protocols such as Decentraland and Sandbox focus more on an open-world experience where users are not so much tied to a game-mechanic, but rather given free reign to explore and participate in any events or visit any spaces which may interest them.

The COVID-19 pandemic has certainly accelerated developments in Metaverse-related concepts, particularly given the challenges and limits of participating in real-life activities globally due to the virus.

3. Increasing focus of investing into scarce assets in top-tier protocols

As platforms mature, so will the value of scarce digital assets in these worlds — this parallels real-world real estate dynamics, especially in land-scarce geographies such as Singapore and Hong Kong.

Investors are also more likely to double-down on such assets in more established protocols, given that the primary risk of investing in such projects is a failure of the team to deliver on the actual Metaverse experience.

While there are many new Metaverse related projects spawning recently, it is important for users to note the difficulty and time required to build such protocols, particularly in delivering on promises of immersive experiences.

As such, it may be more prudent for more risk-adverse investors to focus more on top-tier protocols such as Decentraland, rather than invest into new Metaverse concepts which are only launching, and which have not demonstrated any usable product yet.