DeFi Kingdoms: The Number 1 Project On Harmony One With A TVL Of US$140 Million 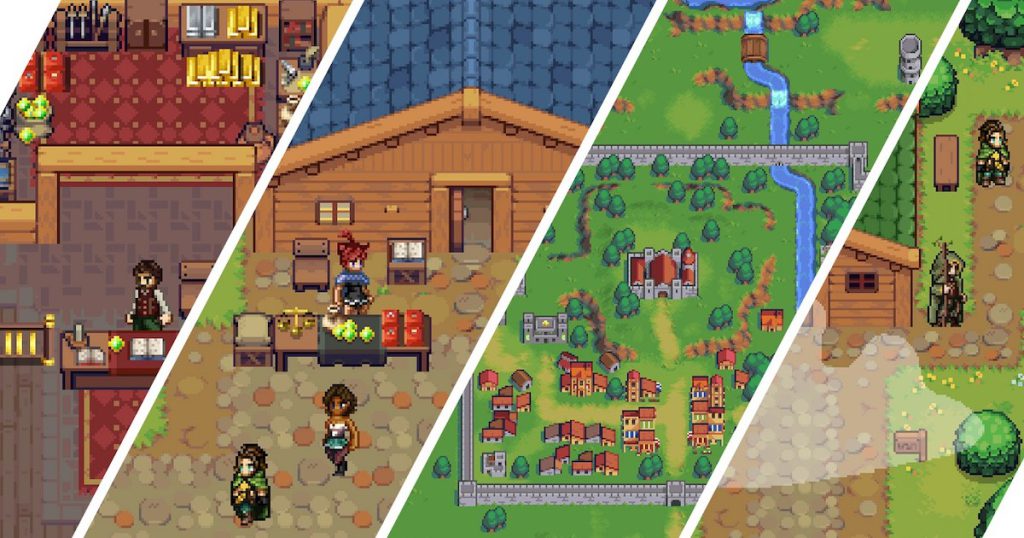 DeFi Kingdoms is a game built on the Harmony Blockchain, with a whole ecosystem of features including a Decentralized Exchange (DEX), its native $JEWEL token and Non-Fungible Tokens (NFTs) that consists of Heroes, Equipment and Kingdoms, all delivered in a pixel-based format.

With its nostalgia inducing layout and smooth background music, the game aims to make Decentralized Finance (DeFi) safe and accessible to newcomers.

Since release, the game has shot up to the number 1 position on the Harmony Blockchain Decentralized Applications (Dapp) list, with a Total Value Locked (TVL) of close to USD$140 Million, surpassing other popular project such as EnterDao and BakerySwap.

While the game has upcoming features such as battling and quests, its current available features revolve around its functions as a DEX, liquidity providing and staking of its native token $JEWEL. Though there are currently 199 token pairs, the highest Annual Percentage Rate (APR) pairs usually involve the $JEWEL token.

Though most of the development team has chosen to remain anonymous for the time being, their relevant backgrounds are provided in the project’s whitepaper, and further details are given by the team themselves on their Reddit AMAs (Ask-Me-Anything).

The project is headed by Frisky Fox, who has previously informed on the rational for staying anonymous via a Reddit AMA.

Other notable members of the team are

Though the team in anonymous, their code is indeed open source on Github and the team is surprisingly easy to communicate with. They have also updated the community constantly with target goals for launches and are clear when they miss deadlines.

Getting started with Defi Kingdoms

To get started with the game, you can hop onto this link which brings you to the character creation screen, prompting you to switch to the Harmony Main net on your Metamask wallet.

Alternatively, you can bridge over from the Binance or Ethereum smart chains manually.

After you get some $ONE tokens for gas fees, it should allow you to create your character, which is now tied to your wallet address and show you the game’s world map.

First, you’ll want to check out the trader at the marketplace, which is actually DeFi Kingdom’s in-game DEX.

Here, you’ll find a list of cryptocurrencies you can swap your $ONE tokens for to participate in liquidity providing. It also allows you to swap for the $JEWEL token, which can be used for not only liquidity providing, but staking, governance and also purchasing in-game items and features in the future.

A plus point of building on the Harmony Blockchain is that gas fees usually amount to about 0.00002 $ONE or about USD$0.000001. However, there are liquidity provider fees you need to pay, a tax for using the DEX.

To provide liquidity and participate in Defi, head for the Gardens and find the Druid.

Clicking on the druid allows you to find token pairs and their respective APRs. Though most of them seem absurdly high, take note that you should only back token pairs you understand due to impermanence loss risk and that most $JEWEL you earn will have an unlocking period.

Once you find a pair you are comfortable with, click “+liquidity” and deposit the corresponding amounts of each token, confirming the transaction on your web wallet.

Providing liquidity will allow you to receive a percentage of swap fees from all other transactions, proportional to the amount currently in the pool, which you can check at the bottom of the liquidity page. It also rewards you with “liquidity provider tokens”, which can then be staked with the druid to earn $JEWEL.

After a certain period of time, you can claim your $JEWEL tokens in the Gardens as well. However, most of it will be locked to prevent deflationary price action.

The amount locked reduces every epoch, which usually lasts around a week. Locked tokens also cannot be accessed at all for any in-game functions until the unlocking period is over.

With your claimed $JEWEL tokens, you can head over to the bank, a feature unique to the game in the DeFi gaming space currently. This bank allows you to stake your $JEWEL tokens as $xJEWEL tokens, which earn interest much like in real life banking systems.

Not only will the bank periodically market buy $JEWEL tokens from the DEX fees to reward stakers, but a percentage of the fees from every in-game transaction also goes to the bank, meaning that $xJEWEL will always be worth more than $JEWEL. The staked tokens also has no withdrawal fees or unlocking periods, unlike the farms.

According to their roadmap, the gameplay so far will be revolved around “Heroes”. These heroes go by “Gen”s or generations, with the first one being “Gen 0”. 2000 Heroes were minted for sale, which sold out in 11 minutes for a total of USD$4 Million, with a further 50 being airdropped to early adopters.

These Heroes have special traits, classes, professions and can even come in a shiny version, which is purely cosmetic but implies a certain rarity. Currently, the in-game marketplace does not facilitate the buying and selling of heroes, but they can be viewed and sent in the Tavern section.

These heroes are required to partake in two types of main quests – adventure and profession. Qcan not only reward with items and $JEWEL tokens, but also assist with yield farming, gaining experience to level up your character as well as unlocking your tokens earlier.

With all the new projects popping up – it is hard to wrap your head around how one game can stand out from the rest. However, DeFi Kingdoms does just that, with a solid team, exciting potential gameplay and strong community engagement via Twitter, Discord and Youtube.

Despite their high APR, the $JEWEL token has seen a steady rise in price thanks to attractive staking rewards and a forward-looking vesting schedule.

Furthermore, they are only at Phase 2 of their roadmap, with most of the actual gameplay features set to come out in 4 more phases by Q2 2022.

Active user growth is also on a steady rise, increasing by 104% in a month suggesting good early adoption, especially when compared to other Dapps on the Harmony Blockchain.

The game’s easy approach to DeFi also makes it accessible for participants who are just starting out that may be turned away by high gas fees and confusing interfaces on various other platforms.

The project also has plans to bridge to other chains eventually, which is likely to increase user growth significantly, gain investor trust and add more tokens pairs to the DEX.

So, whether you’re looking for the next Axie Infinity, excited about decentralized gaming or even just looking to farm yields, Defi Kingdoms might just be the place to start your journey.