Ember Sword: Is It The Next Up-And-Coming Hit NFT Game? 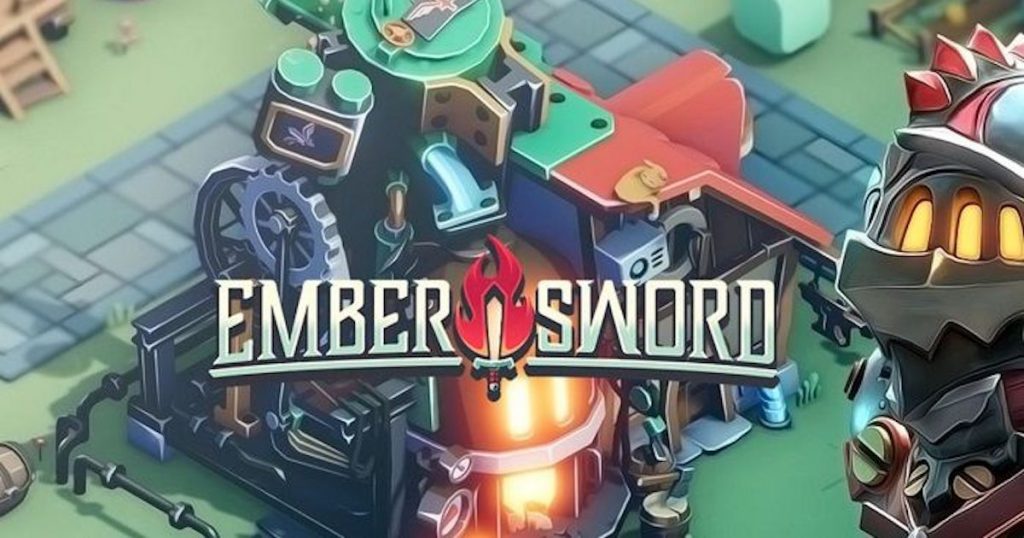 The game play is quite straight forward — players are able to create characters, select a home nation, and venture into the open world of Thanabus to complete quests, forage and craft items, as well as battle monsters, bosses, and other players.

While the game is only scheduled to be released in early-2022, it received much public attention after a total of 35,000 players pledged over USD203 million to purchase virtual plots of land in the game’s recent community land sale. The Ember Sword Discord has also grown rapidly and counts over 54,000 members at the time of writing.

What is Ember Sword, and how is it different from other NFT games currently in the market?

A look at Ember Sword

Ember Sword is developed by Denmark-based Bright Star Studios, and resembles a number of open-world decentralized games in development such as Illuvium, with players taking on the role of a warrior who ventures into the moon of Thanabus to explore, craft, and engage in battles.

The game has a classless system where players are not bound to any weapon type or play-style, and is differentiated in that players are required to pick 1 of 4 nations to pledge their allegiance to upfront.

The world of Ember Sword is split into 4 Nations – Solarwood, Duskeron, Edisau, and Sevrend, which are earmarked to be community-owned as a multitude of NFT land parcels.

While land is at the core of world design, the developers have placed much emphasis on the fact that land ownership will not be a pre-requisite for participation in the game, nor will it endow land owners with ‘pay-to-win’ advantages.

Land is divided into 4 categories: regular plots, settlements, towns, and cities, each with varying levels of resources and commercial activity.

Land owners will have entitlements to 50% of game revenue generated in the Ember Sword world in the form of ERC-20 tokens.

The developers have underlined the principle that the rewards for land ownership will be distributed in a way that benefits the game community, and will also be weighted based on the amount of value generated on and around any single plot of land.

If you are familiar with Monster Hunt’s game play, Ember Sword adopts a similar game style and mechanic.

The Ember Sword team launched a community land sale from July 8 – July 31 with 6,000 available land plots in the nation of Solarwood that were available to purchase.

Compared to many other NFT gaming platforms which have launched NFT asset purchases on a ‘first-come-first-served’ basis, prospective land owners were required to submit applications to the team instead.

Applicants were required to answer a questionnaire on how they would approach land ownership and help the community grow, with the team shortlisting and subsequently only allowing purchases to successful applicants.

All land plots in this recent sale round are earmarked to be distributed by September 17. This community-led approach has won many fans, with over 35,000 gamers submitting applications to purchase in-game land during the recent event.

In May 2021, Ember Sword secured a USD2 million funding round with participation from CoinGecko Ventures, Delphi Digital, and Animoca Brands. The developers have earmarked the funds for continued game development as well as team expansion.

Currently, the most recent announcement by the development team has limited indications on the play-to-earn mechanics in the game. The team has plans to launch a native token (Ember), which will serve as the in-game currency of Ember Sword when the game is launched.

How can I get early-access to Ember Sword?

The developers have scheduled early access to select community members in the fourth quarter of 2021, and highlighted the importance of community participation in the platform’s Discord channel as a key pre-requisite for early-access whitelisting. Land owners who have passed the team’s screening criteria will also be able to gain early-access to the beta.

Why is Ember Sword notable?

The community-centric focus of the developers and the commitment to fair access has set the Ember Sword development team apart from other new NFT games, where literal ‘land grab’ NFT sales have occurred with much hype, fanfare, and inevitable gas wars.

While the game remains in pre-Alpha, with new details about game mechanics still limited at this current juncture, Ember Sword’s focus on building a gameplay-first and community-first platform is certainly something to look out for in the sea of new Web 3.0 games that are emerging.

Beyond just the community first approach, the designers of the game had also laid out storylines and missions that players or guilds can complete for an online collaborative gaming experience.

Also Read: A Look At The Loot Project – Does It Represent A New Paradigm In NFTs?