Here’s Why Ankr Could Be The Foundation For All Blockchains 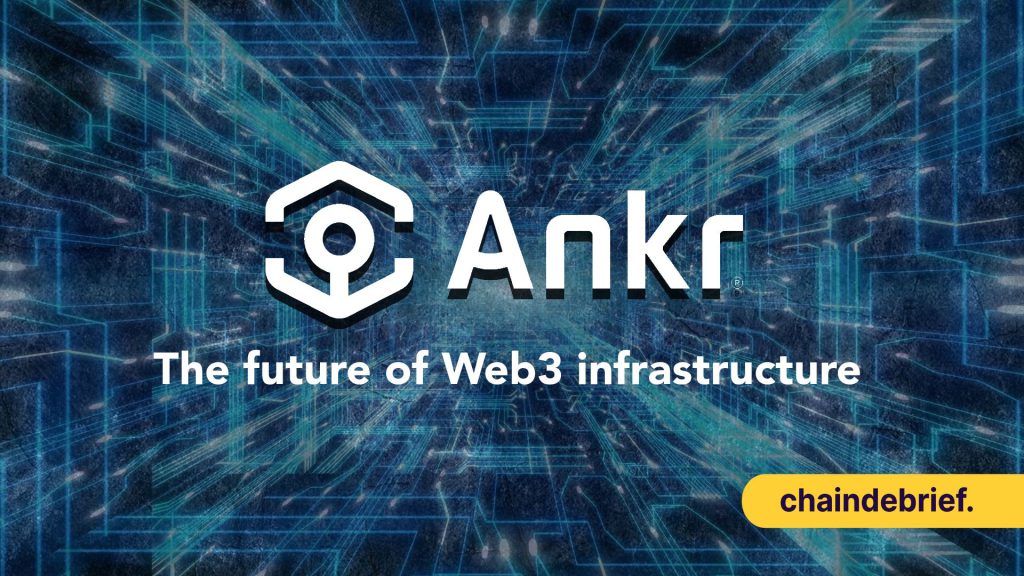 Proof-of-Stake (PoS) blockchains have cemented themselves in Web3.0. With Ethereum’s shift to PoS from Proof-of-Work (PoW), the importance of network scalability and infrastructure has once again been brought to the forefront.

However, as networks grow, the need for nodes to support them increases alongside that. Despite node deployment being pivotal to Web3.0, it is still expensive and difficult to do so, and often beyond the reach of the average retail participant.

One project, however, may be the solution to all this.

Co-founded by Chandler Song, Stanley Wu, and Ryan Fang in 2017, Ankr aims to harness idle cloud computing power in data centers all over the world to power various Web3.0 services.

Since then, Ankr has become pivotal to the operation of many leading blockchains, including Polygon, Binance, NEAR, Optimism, and Fantom.

Ankr provides a full suite of services, including:

To do so, they run an incentivized node economy, which is made up of its own nodes alongside an organic group of independent node providers to match the number of users.

By using this services, public RPCs are available to all and free to use on the Ankr Network platform.

How Do Blockchains Benefit?

Blockchains have always tried to solve the trilemma of scalability, security, and decentralization.

However, these individual categories are hard to achieve for blockchains on their own, due to the immense amount of resources required to advance any part of the trilemma.

To understand how it helps blockchains, we must first understand their “Load Balancer“.

Once an RPC request is received on Ankr, and all security measures are satisfied, they are sent to the Load Balancer, instead of random nodes.

The Load Balancer acts as a traffic router, sending the requests to the best-suited nodes for the job.

It does so through an algorithm which scores:

Image: How The Load Balancer Works via Ankr

Thanks to Ankr having nodes running on more chains than any other Web3.0 infrastructure provider and the nodes being spread worldwide, it provides “speed, reliability, redundancy, and decentralization” to any blockchain tapping into Ankr.

How Do Users Benefit?

Not only are users able to get a more seamless Web3.0 experience, Ankr also operates advanced API services. These offer time and money saving advantages, especially when querying from multiple chains at once.

The $ANKR Token – A Full Tokenomics Run Down

Launched in mid-2020, $ANKR picked up steam in the last bull market, but has fallen approximately 90% since the peak.

In the last day, however, there has been a resurgence of interest in $ANKR due to Consensys’s announcement that Node provider Infura may be able to track your IP address via MetaMask.

The $ANKR launch was relatively fair, with 40% being released through pre-mines and airdrops to the community. An additional 35% was sold between $0.0033 to $0.0066 per token, which translates to approximately a 3x at current prices.

Thankfully, more than 97% of $ANKR supply is already circulating, and all lock ups have been fully vested.

As for utility, the $ANKR token is required for a number of uses, including:

To host an independent node, users will have to self-stake 100,000 $ANKR (~$2370) as collateral to deter bad actors. 21% of all transaction fees go to self-stakers, with 49% going to other individual stakers.

The remaining 30% goes towards the Ankr Treasury, which is controlled by Ankr DAO.

Individual stakers ( stakers without a node) currently earn 8.95% APR on their $ANKR, but face an 86 day lock-up period. Currently, there is more than 99 million $ANKR being staked by 693 wallets. Currently, only ERC-20 Ankr can be staked on the site.

With many Proof-of-Stake blockchains, tokens have to be locked up in staking pools in order to validate the network. However, this also leads to capital inefficiency, as you are unable to deploy your funds elsewhere.

Instead, users can use the liquid staking alternative provided by Ankr, and will receive a “receipt” token that reflects the staked amount. This receipt token will continually rebase to include the base value of the token and the yield generated by staking.

As Ankr aims to be the leading multichain staking-as-a-service provider, it will continue to partner with key DeFi platforms, driving utility to liquid staking tokens on Ankr.

To be frank, the application layer of Web3.0 is far from ready. From poor UI/UX to constant exploits, applications still have a long way to go before mass adoption reaches.

In the meantime, a lot of effort and resources should be focused on infrastructure, and making sure the key principles of Web3.0 are secured. The need for decentralization, scalability, and security have become even more important in the face of the ongoing crypto contagion.

Ankr’s value proposition lies in the ease at which it provides access to nodes – the most important piece of infrastructure for Web3.0 protocols, allowing native crypto projects to build with it, or Web2.0 projects to enter the world of Web3.0 seamlessly. 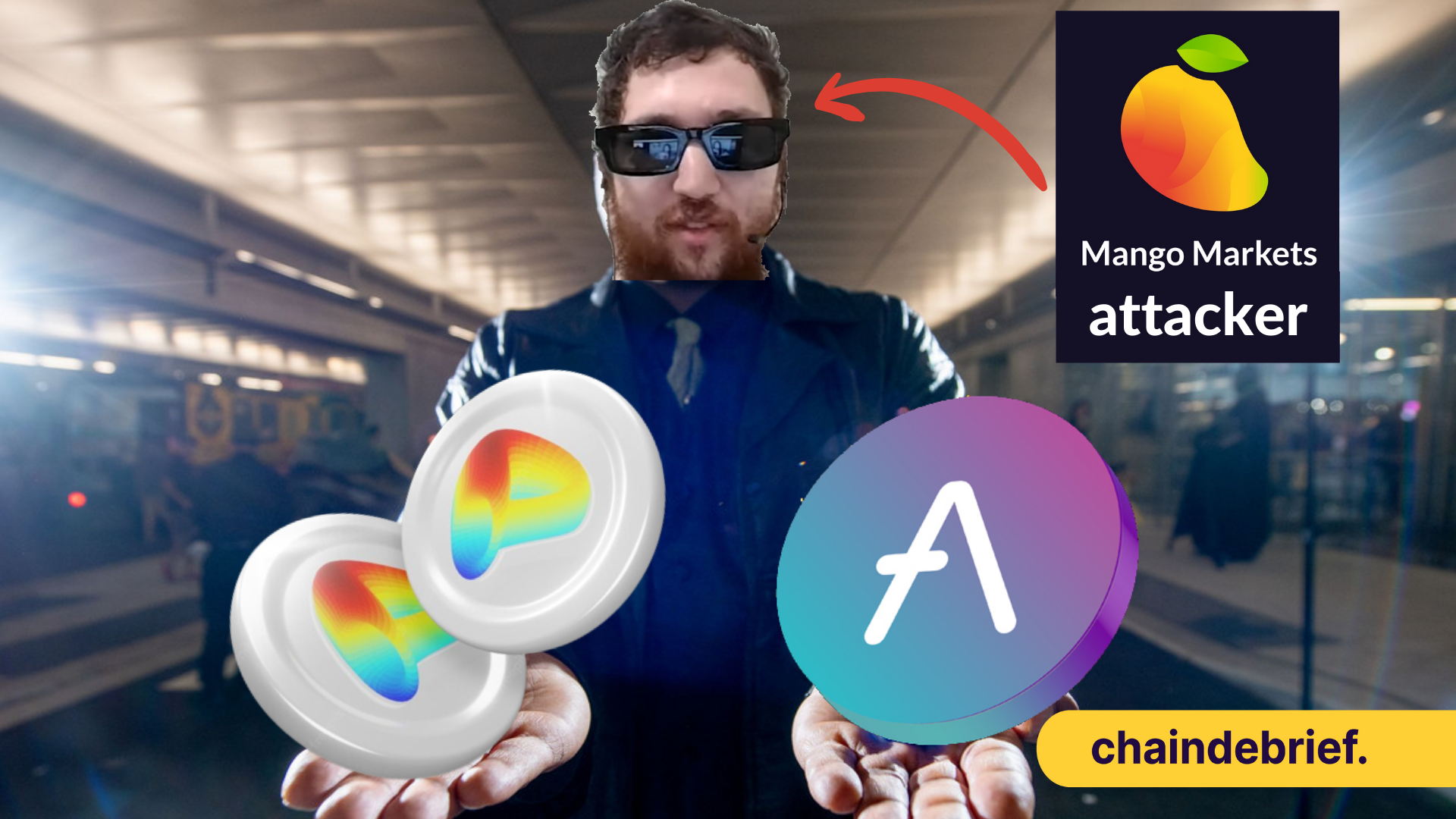 How Manipulation On AAVE And CURVE Went Wrong, Attacker Got Rekted Instead
Joel Zhao •