Is It Decentralized Enough? How MetaMask Security Has Become A Worldwide Issue 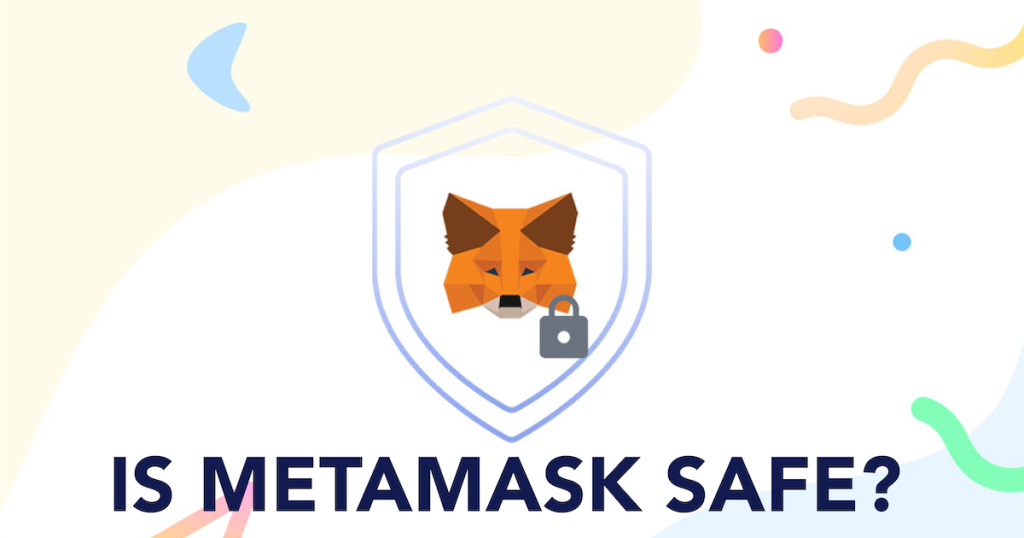 Metamask has recently had many exciting developments, such as MetaMask Flask (developer-focused distribution for experimenting on cutting-edge features), and NFT functionality improvements to its interface.

However, the Russia-Ukraine situation has highlighted some key flaws within the system. With most of us using it daily, it may be easy to take blockchain accessibility for granted.

With that said, it may be good to recap MetaMask’s struggles with security and decentralization.

MetaMask is a cryptocurrency software wallet, primarily used to interact with the Ethereum blockchain. It allows users to access their hot wallets through a browser extension or mobile app. Today, MetaMask also supports networks such as Fantom, Avalanche, Moonriver, and many more.

As of November, MetaMask’s browser extension has over 21 million active users, according to Bloomberg.

There have been multiple reports suggesting that various crypto services, namely MetaMask, Infura, and Opensea, are blocking access.

These include countries such as Iran and Venezuela. Many have reached out to MetaMask support for an explanation, who informed that their services are not available in certain jurisdictions due to legal compliance.

Some of the issues users have faced are:

For context, MetaMask uses a range of Nodes such as Alchemy, MyCrypto, and Blockscout. However, MetaMask primarily uses Infura.

At present, users are still unclear on the extent of these blockages, imposed due to sanctions by the US and other governments.

Concerning this, Infura released a statement informing issues were because of a technical error. Due to sanction directives, they mistakenly configured their settings wider than necessary. It has since fixed the issue, restoring access to most users.

However, they are still working with MetaMask to observe sanctions on “Iran, North Korea, Cuba, Syria, Crimea, Donetsk, and Luhansk regions of Ukraine.”

While Infura’s centralization is jarring, Metamask maintains that they are dedicated to making the blockchain accessible to all.

Why is this an issue?

Some blockchain enthusiasts argue that MetaMask complying with US sanctions shows their lack of decentralization. This violates a key principle of Web3, where individual companies should not be able to exert unilateral control over user data and experiences.

The moves by MetaMask’s parent company ConsenSys has become a prime example of injustice towards creators, collectors, and individuals who have nothing to do with politics governing US suggestions.

In the wake of the war, Russian oligarchs and businesses have faced political sanctions. Centralized exchanges such as Coinbase, Binance, and Kraken, all have different views.

Binance, for example, has agreed to only block accounts of selected Russians sanctioned. Kraken has refused to arbitrarily freeze Russian accounts, arguing that “if we were going to voluntarily freeze financial accounts of residents of countries unjustly attacking and provoking violence around the world, step 1 would be to freeze all US accounts.”

Can we actually achieve decentralization? There is arguably no clear solution for this, especially since Web3 is still not well defined. My personal opinion is that the bifurcation of DeFi could lead to a compromise.

Perhaps, the transparency between individuals and businesses is the most important factor of decentralization.

How to swap nodes

Sometimes, MetaMask may be inaccessible due to Ethereum Nodes being down. Other blockchains such as Fantom, Avalanche, and so on may also experience such problems. Users can solve such issues by swapping the nodes, or RPCs they are using.

The primary system used to process transactions on Ethereum is Infura. We can swap this to other nodes, such as those listed below:

To add a new node, go to MetaMask settings and key in Network Name, RPC URL, and Chain ID. Users can access the full list using this website here.

Alternatively, users can go to https://chainlist.org/, connect their wallet, and search for the appropriate network. However, this service will no longer be available from 3 April 2022, so it is advisable to learn how to connect manually, as listed above.

Before you try this, be aware that Flashbots project RPC is still in its public beta stage. As such, some transactions may face minting errors.

Flashbots are added to your wallet for front-running protection. While the process feels the same, your transactions skip the public mempool.

This avoids hungry sandwich bots and sends them directly to miners instead. Moreover, this decreases failed transactions by giving users priority in blocks where your transactions are included.

This feature could also be useful for front-running NFT mints in the future.

Users can add this by adding the following details:

How does this all work?

Wallet security is a problem

Founder of crypto investment firm DeFiance Capital “Arthur_0x” has suffered a hack on one of his hot wallets 22 March (Tuesday) resulting in the loss of more than US$1.6 million in NFTs and cryptocurrency.

The hack highlights the importance of operational security when dealing with the self-custody of crypto assets.

While less related to the topic of MetaMask’s decentralisation, this also leads us to question the safety of hot wallets like MetaMask as a whole.

Considering MetaMask’s recent developments, there is a real fear that it is simply becoming more centralized. This leads to major concerns within Web3, which builds on the foundation of accessibility to all.

As crypto becomes increasingly regulated, the direction of such paradigms is uncertain and highly controversial. How companies such as MetaMask or even OpenSea manage sanctions show us how the future of web3 could pan out.

Perhaps decentralization is not about being truly anonymous everywhere, but about adding factors of secureness and transparency between individuals.

On the flip side, some decentralization will still be needed. After all, centralization was a major reason for the subprime crisis, one of the catalysts for the financial crisis in 2008. While the development of these systems and Web3 is great, it should not come at the cost of our real-life networks.

Also Read: Here Are The Pros And Cons Of Trezor And Ledger Crypto Cold Wallets, And Which You Should Buy