Here Are The Pros And Cons Of Trezor And Ledger Crypto Cold Wallets, And Which You Should Buy 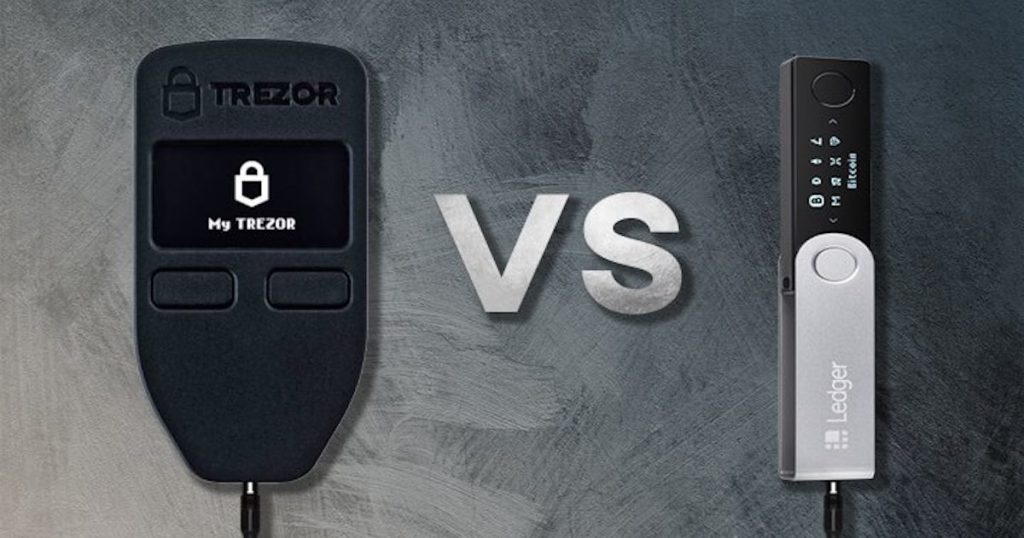 A cold wallet is a physical device that is able to store cryptocurrencies completely offline, as opposed to holding them in hot wallets like MetaMask.

Storing your crypto offline helps to ensure that it is safe from digital attacks.

Trezor and Ledger are the two most trusted brands out there, and are the two leading manufacturers of crypto cold wallets since 2014.

Developed by SatoshiLabs, Trezor was the world first Bitcoin hardware wallet to be released. It prides itself on being open-source and transparent, as the code can be found on Github.

The team is constantly working hard behind the scenes, and always releasing regular firmware updates to ensure that the device is secured and safe from any potential attacks.

It is the first-ever commercially available hardware wallet and still remains as one of the most popular cold wallets to this day.

At just €59 (S$90), it is the most budget-friendly wallet in this article. It is simple and easy to use and can support over 1,000 different coins and tokens.

Trezor Model T is the second generation hardware wallet released by Trezor. It comes with advanced features that are not found in the first generation.

It supports over 100 more coins than the Trezor One does, and it includes popular coins like Cardano and Ripple. Furthermore, the inclusion of a touchscreen helps to generate an overall better user experience.

The big difference between both models is still the security feature. Everything can be managed on the model T itself whereas to access Trezor One, it would have to interact with a mobile or desktop.

Started in 2014, Ledger is one of the leading companies when it comes to security for digital assets.

Ledger hardware wallets can be paired with the Ledger Live app for maximum security and control over one’s digital assets.

Ledger Live is an all-in-one platform app that allows users to buy, send, swap and even stake cryptocurrencies. It is also able to securely store and manage NFTs.

Ledger Nano S is by far the most popular cold wallets out there with over two million units sold worldwide. Priced at S$99, it can support over 5,500 different tokens ranging from blue-chips like Bitcoin to meme coins like Dogecoin.

It is a multi-currency wallet that can store different cryptocurrencies in the same wallet, and can have up to three apps installed on the device itself.

Priced at S$237, Nano X is an upgraded version of the budget-friendly Nano S. Similar to Nano S, it can also support over 5,500 different coins and tokens.

It is mobile-friendly with Bluetooth connection that is compatible with Ledger Live mobile. Furthermore, it has a bigger storage limit compared to the Nano S version and can have up to 100 apps installed on the device.

Overall, both Ledger and Trezor are the most reliable and secure crypto wallets out in the market. They are both very similar in nature but have a few distinct differences that set each other apart.

Ledger has a clear edge over Trezor as not only does it have a built-in exchange, it also supports significantly more types of cryptocurrencies. But Trezor prioritises safety over features with constant firmware updates and transparency.

No matter which wallet you choose, one thing for sure is that cold wallets are much safer than hot wallets.

Only purchase hardware wallets from the official manufacturer or authorised retailers. Wallets on the secondary market may have been tampered with and assets can be compromised.

Also Read: Hot Vs. Cold Wallets: Key Differences, And Why It’s Important To Own A Cold Wallet