How Oasys is Building A Blockchain Specialized For Gamers 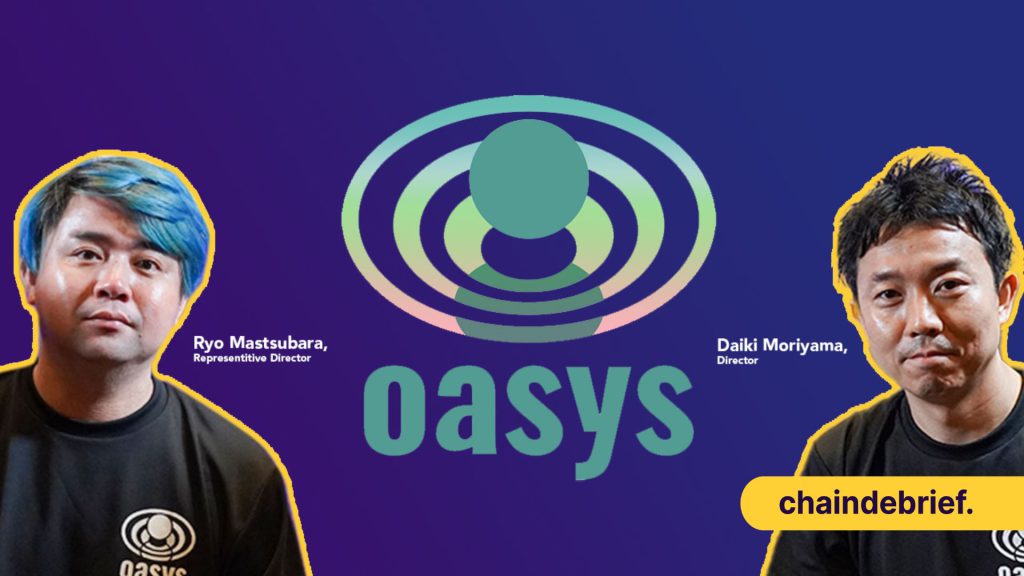 It’s clear that most Web3.0 games in their current state leave something to be desired. From gas fees, transaction times and lackluster user experience, much needs to be done before they can take on the mainstream games out there.

One project is out there to push the state of Web3.0 games into the future.

Oasys, a gaming and environmentally-friendly blockchain built for gamers by gamers, is pushing the boundaries on user adoption. Thankfully, they took the time to share with us their thoughts on the future of Web3.0 games and what is being done to improve them.

Leveraging Both Layer 1 and Layer 2 For Mass Adoption

Oasys uses a combination of both a Layer 1 as well as a Layer 2 in order to maximize their use cases.

Instead of trying to host all games on a single layer, projects that want to build on Oasys can use a Layer 2 for their specific game. These will tap into the Oasys’ infrastructure, while giving them a wider range of use cases to develop their game.

However, most of the data, such as NFTs, will be hosted on the Layer 1, keeping it decentralized. By leveraging low gas fees and high throughput in a centralized Layer 2 and the decentralization of an underlying Layer 1, Oasys hopes to be the end solution for gaming on the blockchain.

While some Web3.0 games are releasing on the app store in order to tap into the mobile gaming market, Oasys highlights that precautions have to be taken with such ideas.

“It’s better to launch these games on the smartphone, but there’s a lot of regulations“

The focus of Web3.0 games should also not be to deploy quickly and gain a large target audience, but to build on the key ideas of decentralization and blockchain technology.

This may be an uphill task, however, with 69% of gamers saying staying reluctant to the idea of adopting blockchain technology into their games.

Nevertheless, Oasys is not letting that deter them, and state that games should be multi-platform.

Their recent partnership with Square Enix, a Japanese entertainment company known for creating games such as Final Fantasy and Kingdom Hearts, shows their commitment to the gaming industry.

“As part of the initiatitve, Square Enix and Oasys will explore the feasibility of harnessing user contributions in the development and of new games on the Oasys blockchain.“

One of the biggest debates amongst Web3.0 builders is whether we should compete with, or work with Web2.0.

While the currently view favors the latter, it was not too long ago when communities were calling for the collapse of traditional systems.

With blockchain games, the debate takes a different form: Should Web3.0 games be birthed from crypto natives, or should they be developed by traditional gaming companies, and integrate blockchain technology?

These features included the social functions, the vertical, and more of the game.

The creators that identify correctly, and building on the Web3.0 features, will therefore be successful in the space.

Moreover, the success rates for start ups in gaming are a measly 3%. Instead of competing with Web2.0, blockchain-based gaming should build out their existing infrastructure and look to win over their target audience.

The first piece of advice from the creators of Oasys is a lasting one. Instead of focusing on Token prices, Web3.0 game should create a stronger incentive for playing them than just earning money.

However, it is an open secret that Web3.0 games are driven by supply and demand. By creating a fun game, demand will be driven to the game, and returning users means a successful game in the long-run.

Their second piece of advice is to build on existing Web2.0 concepts, and try to find something that differentiates your game.

Discovering how users can interact in new, better ways in your game, for example, can be a major pull factor for new users.

For those who wish to build on the Oasys blockchain, you can contact the team at this LINK.

With more than 40 projects having applied to be onboarded to the platform, the Oasys ecosystem looks to be a vibrant, promising, and entertaining one.

You can check out the full video and interview with the team from Oasys here:

Also Read: Charmyn Of Bybit On The Current Crypto Market, Gaming & The Future Of Blockchains