Is Anyone Really Winning The Layer 2 War? Here’s What The Stats Say 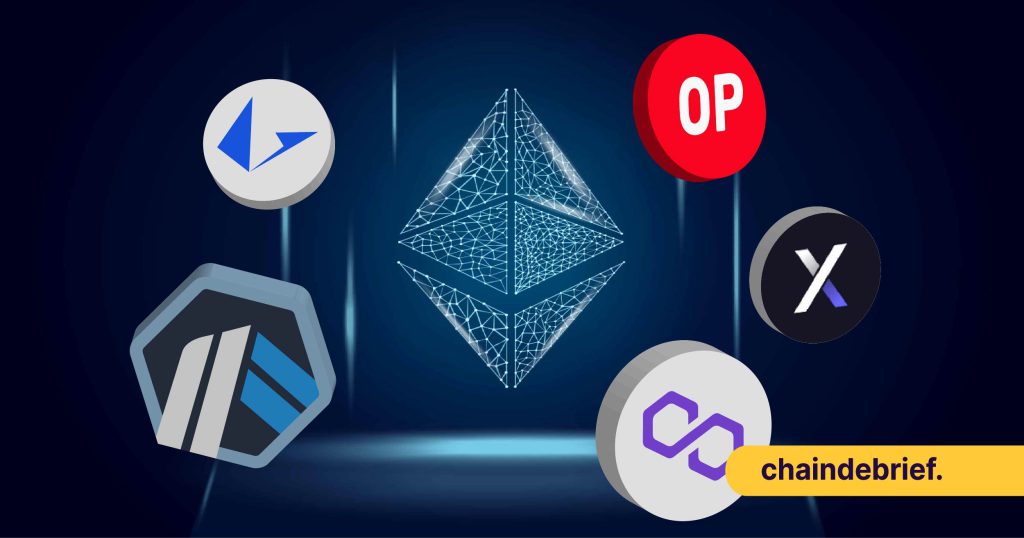 Ethereum has been hailed for its programmable smart contracts and great flexibility. However, it faces challenges in scaling; transaction speeds are slow and fees are high. This led to the creation of Layer 2.

Layer 2 networks that sit on top of Ethereum are designed to address these challenges. Ethereum co-founder Vitalik Buterin has said that the future of Ethereum will depend on Layer 2 networks for scaling, even after Ethereum moves to a faster, more environmentally friendly system known as proof of stake.

Also Read: Goerli Successful, The Ethereum Merge Is Imminent – What This Means For You

The Battle With Ethereum

The Layer 2 war is heating up. This comes as no surprise as a ton of projects are trying to steal a piece of Ethereum’s pie by leveraging on network and trying to improve its current state. But is there a clear winner emerging from this battle? Let’s dive right in.

There are plenty of projects out there that is related to Ethereum layer 2 solutions – generalised L2s (Polygon, Arbitrum, Optimism) and application specific L2s (dYdX).

The 5 projects that I will be comparing are dYdX, Polygon, Optimism, Arbitrum and Loopring.

Let’s take a look at the following metrics for comparison:

Starting off with revenue, the value that I am going to be using today is purely based off fees. Transaction fees on the network itself. As you can see in the charts, dYdX is the clear leader as compared to the other projects.

Now removing dYdX from the equation, Arbitrum comes in 2nd place with Optimism a close 3rd. Over the past month, Polygon has also been steadily increasing and gaining momentum after collaborations with popular brands such as Disney.

Let’s take a look at the project’s treasury. What’s in it?

Two important factors regarding a project’s treasury are:
1) Are they diversified with different assets or is it just their native token?
2) How big is the treasury and how sustainable is it?

dYdX: 5% of the initial token supply (50 million of $DYDX) was allocated to the community treasury. At the current price of $2.48 as of time of writing, this is worth around USD $124M.

Polygon: Information about the size and contents of the treasury is not as readily available online. However, we do know that USD $1B was committed for ZK proof development projects. It is natural to assume the total treasury is of course much bigger than that.

Optimism: 30% of the initial token supply (1.29 billion of $OP) will be allocated to the community fund (Ecosystem fund + RetroPGF) which equates to approximately $2.15B worth of OP tokens (based on the price of $1.67 as of time of writing).

Loopring: 20% of token supply (275 million of $LRC) was allocated to the Loopring Ecosystem Advancement Fund (LEAF). This is worth an estimated value of USD $132M based on current price of $0.48 as of time of writing.

Next, let’s look at how much funds are still locked up. Imagine if most of the tokens have not been vested yet, what will happen once they are unlocked? Surely, you do not want to be any VCs exit liquidity.

dYdX: Approximately 11% of total supply has already been unlocked. Current circulating supply is 117 million out of the total supply of 1 billion.

Polygon: Around 92% of total supply has already been unlocked. The final 800 million tokens will be unlocked by May 2025. Current liquid supply is 9.18 million out of a total supply of 10 billion.

Optimism: Roughly 5% of total supply has already been unlocked through the airdrop. Current circulating supply is 215 million from the total supply of 4.29 billion.

Also Read: Is Ethereum Set For The Next Chapter? Here’s How To Claim Your Optimism Airdrops

Loopring: Around 90% of total supply has already been unlocked. Current circulating supply is 1.246 billion out of the total supply of 1.374 billion.

dYdX: $DYDX is essentially just a governance token and holders can also receive trading fee discounts based on the size of their positions.

Polygon: The $MATIC token is used for paying transaction fees on the network. In addition, users are rewarded by staking $MATIC to enhance better security of the network.

Arbitrum: They do not have a token yet but the network itself has huge utility and offers cheaper transaction fees and scalability while leveraging on the security of Ethereum.

Loopring: Protocol fees are distributed to both liquidity providers, insurers and the DAO. This incentivizes good behaviour for holders of the token engaging with the protocol.

The following stats are sourced from Crunchbase.

dYdX: dYdX’s team is fully doxxed. They have been able to raise USD $87M in funding from 42 different investors namely Hashkey, StarkWare, Delphi Digital, QCP Capital and others.

Polygon: The Polygon team is fully doxxed (Anurag Arjun, Jayant Kanani, Mihailo Bjelic and Sandeep Nailwal) and has backing from some of the most prominent investors in the crypto space such as Alameda Research, Binance Labs and Coinbase Ventures. Their total funding comes in at USD $451.5M.

In addition, Polygon have announced some huge partnerships lately in Disney, Reddit, Meta, Mercedes Benz, Coca-Cola and many others. This shows investors trust and confidence in the team as well as the project on hand.

Optimism: The Optimism team, like Polygon, is doxxed (Jinglan Wang, Kevin Ho and Karl Floersch). Vitalik Buterin, co-founder of Ethereum, is a big fan of Optimism and has shown support for their new governance structure. They have some heavy backing from Paradigm, IDEO and Andreessen Horowitz forming a total of USD $178.5M of funding.

Arbitrum: The Arbitrum team is fully doxxed too. They too have backing from some of the industry powerhouses such as Pantera Capital, Alameda Research, Mark Cuban and Coinbase Ventures. Their parent company, Offchain Labs, has secured a total of USD $123.7M in funding thus far.

Loopring: Like every other team on the list, Loopring team is fully doxxed as well. However, they have the least amount raised in funding as compared to the rest. Kosmos Ventures, G2H2, NEO, Fundamental Labs and Obsidian Capital contributed to a total of USD $45M.

Coming to the end, we can see along the way how some of the projects are slowly drifting away because they are not generating enough revenue and also do not have the financial power.

There is almost no reason to hold $DYDX unless you would like to participate in governance decisions. There is no real value accrual despite it being the largest derivatives platform currently. Click here to read about who may dethrone dYdX in future.

Loopring is the weakest of them all evidently without much fee generation, small treasury, low funding and almost no other comparative advantage.

Arbitrum and Optimism both have big backers and are constantly in a rigorous battle with no clear winner. However, do note that Arbitrum does not have a token yet and can easily capture more liquidity when they decide to launch one.

And of course, we have a clear winner in Polygon. The project is the most mature, $MATIC has the biggest market cap, have partnered with multiple brands and is really gaining some momentum in recent times due to the upcoming Ethereum merge. However, do not fade the other Layer 2 just yet as we all know how competitive the space is. They too have great potential for success in the long run if done right.