Is This Time Really Different? Lessons And Warnings From Previous Crypto Bear Markets 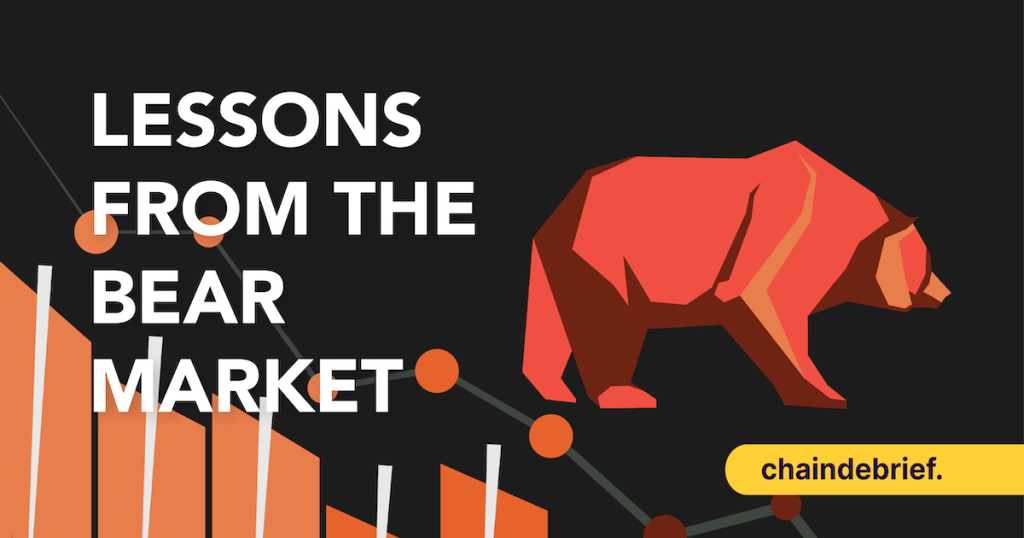 The bear market is upon us, and the recent downfall of LUNA and UST’s depeg has destroyed investor’s confidence, with the total drop in market cap of LUNA and UST exceeding even Bitconnect and the Lehman Brothers’ collapse.

Fear is in the air, and reports of distraught investors losing their life savings and even turning into suicide are a chilling reminder that the market giveth, the market taketh.

So what happened to the revolutionary tech that crypto was supposed to bring? What went wrong? And is this bear cycle different from the past?

In my opinion, technology may progress, but human nature and greed will never change.

Here are some things I observed and you can learn from too:

While there is a lot of talk about revolutionary alts and new tech, many of these alts do not survive past one entire BTC cycle. In fact, mini-bubbles have formed around narratives and alts that do not recover once the bubble bursts is something that has happened numerous times in this market.

Since 2020, we have had multiple narratives and trades to take, all of which eventually ended. Here are some of the following patterns:

Here we had the first generation of DeFi coming into fruition, with projects like Synthetix, AAVE, Compound and Uniswap achieving “blue chip” status.

A new narrative of open and transparent finance was born. Take out loans without the need for a third party? Sounds great. Earn yield via lending, LPing at a high APY? Certainly enticing but at a higher risk.

However, the stories of people making massive amounts of money from farming food token projects and gambling on weird algo-stables eventually led to reckless behavior.

Rug pulls and exploits became common and the “apeing” into random coins or farming was the norm. All of these eventually led to massive mania during this time, and DeFi Summer would eventually cool off – up till today, most of the generation 1 DeFi tokens have not recovered its ATHs against the USD or ETH pair.

Here we had a similar narrative of a problem (ETH is too expensive) and a solution (BSC). We also saw mania and the desire to make easy money take a hold on retail investors, with many believing that their stacks of Dogecoin etc was going to pull a 100x.

While the narrative was true at first and there were issues being tackled, in the end human greed and the desire to make easy money took over.

As always, stories of wealth being made drew massive attention to the space and everyone wanted the rewards… But failed to consider the risks.

So some of us learnt from previous lessons. DeFi and yield farming is unsustainable, so let’s introduce a bonding system and protocol-owned liquidity.

At the same time, let’s bring DeFi back to the people and have better decentralized products for all. As usual, these fundamentals propped up the narratives and were supposed to be great for the space.

What happened eventually was that investors piled in on many projects, and people started to chase the high APYs and rebases of forks of Ohm.

The most infamous one was Wonderland (TIME) and overeager investors became emotionally invested, so much so that they became part of the Frog Nation cult.

Eventually this community went bust after a crisis of trust, where 0xSifu from Wonderland was revealed to have a criminal history in crypto.

As always, all it took was one event for the bubble to pop.

As the first signs of the bear market loomed in the air, people started fleeing into stablecoins…

Perhaps the greatest event this year in crypto and for years to come. Massive amounts of funds were lost, and this effect cannot be understated. Who knows the ripple effects that this can have on the industry in the future?

In the crypto space where things are supposed to be decentralized, retail investors these days rely heavily on the opinions and thoughts written by others.

“X wrote this post so it must be bullish!”

“X published a new video on YouTube! He’s a crypto influencer so his picks are good!”

“Dani/Do Kwon/Andre/Figure A supports this project, this is too big to fail!”

“Project A has a partnership with Company/Firm, buy now!”

Not only do we overly rely on influencers and not do our own thinking, many of us fail to realize that they do not have your best intentions at heart.

ZachXBT from Twitter has done a brilliant job doing an expose on some of the shady practices of supposed big influencers.

Following influencers and buying their shilled coins is not the only issue. Many of us tend to be attracted to to founders and their vision.

Fundamentally, I think there is nothing wrong to bet on or support people that are building projects. However, some of us begin to see them as a savior figure and believe they can do nothing wrong.

What makes it interesting is that this pattern always repeats itself in various years — someone is the new star in crypto and a cult of personality is built around the figure.

Where did we see this? We had Andre Cronje, Dani and just recently before the LUNA collapse, Do Kwon. Trace back to the previous years and we have Charles Hoskinson. Many investors thought that they were changing the future — even I was no exception.

However, once everyone starts to be irrational and crowd around one figure whose fame is larger than life, and any criticism of their projects or person is heavily met with backlash, maybe it is time to take a step back and re-evaluate.

Just take a look at the tweet replies by LUNA supporters in the tweet below: do they seem rational to you?

But did you cash out on time?

How was your risk management? Did you end up recklessly leveraging? Or FOMOing into projects? Did you really do a deep dive into a project? Did you have any contrarian thinking or did you just fall into the narratives? What was your exit plan once the music stops?

Without a plan, many of us will end up just like all the participants in previous cycles.

“Turkeys spend their entire lives being fed, pampered, and led to believe in every way that butchers love them. Each day that the turkey is alive and being fed only strengthens the turkey’s confidence in this model and belief. However, come Thanksgiving each year, they are in for a big shock.“

How does this apply to the bear market? Very often we see that our altcoin or “blue chip” seems to be developing find, or that it is growing steadily in price or adoption.

We often do not account for tail risks and blow-ups that happen time to time, and never believe it will happen to us.

After all, if this has not happened to our project, it should be safe right?

Is this time different?

“This time is different.” That statement is something one will hear about a project, or a niche, or the market in general. I believe that is wrong. Even though alts and projects will always change, the boom and bust cycle will remain.

The fear and panic once people scramble for the exit is something that will always be a stark reminder of the reality of the crypto market — that it is adversarial in nature, and that many sharks swim in these waters. Never over-invest and put your life savings in, and never assume you have a 100% hit rate and will be right.

I believe this bear market has been brutal and will continue to be.

Will the bull be back? I believe so. And here’s the kicker — when the bull run comes back, the new hyped project for investors will be back, and we will see the exact same thing kick off again — forks, competitors, and mania to get in on the next big thing. In other words, greed never changes.

Always keep in mind that in crypto, you are NOT the exception, and for one crazy story of the guy who made millions from one single altcoin investment, there are many stories of life savings being lost that become horror stories.

Heed these cautionary tales, and when the next bull mania comes, recognize the signs and perhaps these patterns may ring alarm bells in your head.

Also Read: LUNA Falls to a 9-Month Low of US$25: A Summary Of The Crash And UST Depeg