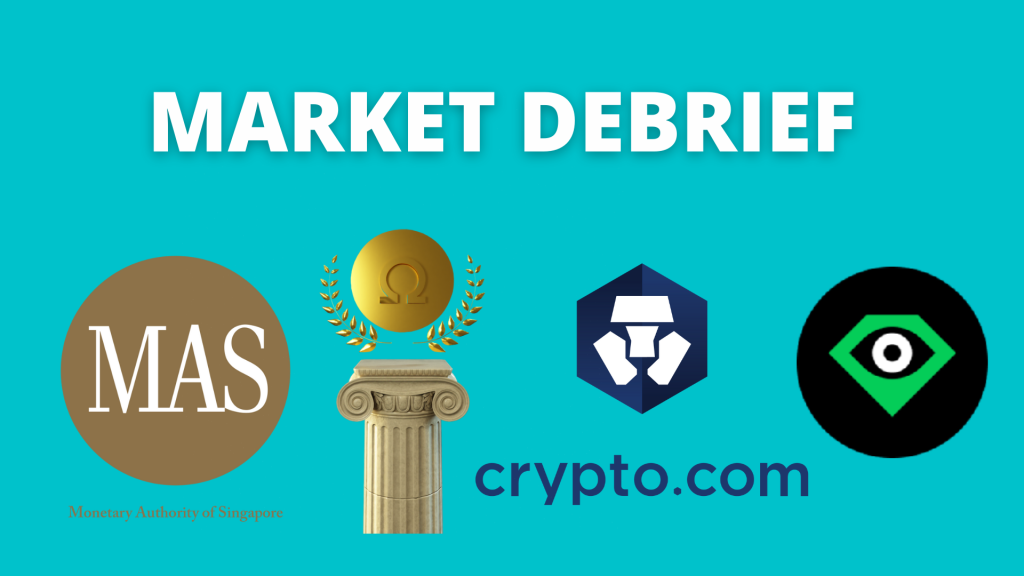 The Singapore-based cryptocurrency platform this week announced the temporary suspension of withdrawals due to suspicious activity affecting its customers.

For the last seven days, Crypto.com’s native token $CRO has been trading on the downside at US$0.446, dropping almost 10% since the start of the year.

The hack was due to an issue with the 2FA system where a number of transactions were approved without 2FA authentication. Crypto.com have since fully reimbursed user who lost their fund and have migrated to a completely new 2FA system infrastructure.

Moving forward, Crypto.com introduce a new program called Worldwide Account Protection Program (WAPP). The program will enhance protection for user funds in the event of unauthorised withdrawal. Qualified users will get up to US$250,000 of funds protected by WAPP.

MAS: crypto trading should not be promoted to the public

The guidelines, which take effect immediately, restrict cryptocurrency service providers from marketing or advertising their services in public areas in Singapore. These include public transport, public websites and social media platforms.

Instead, they can only market and advertise on their own corporate websites, mobile applications or official social media accounts.

Service providers also should not engage third parties such as social media influencers to promote their services.

These guidelines are set in place to protect the average consumer from risky investments. Inexperienced consumers might not be able to illustrate the risk of certain investments and end up losing money that they cannot afford to lose.

While these guidelines strictly limit the marketing capacity of crypto service providers in Singapore, it should not have much big impact in this digital age as crypto enthusiasts would actively seek out service providers from the internet.

Just launched a week ago, LooksRare is currently dominating OpenSea in total trading volume. It managed to generate over US$90 million in fees during this short period.

(Also Read: What Is LooksRare? How This OpenSea Rival Became An Overnight Sensation)

However, this insane volume can be attributed to wash trading. LooksRare’s reward model incentives wash trading on its platform and the first phase reward is about to end in early February.

The current reward model is unsustainable in the long run and if the platform doesn’t get the traction it needs, it would fall into a death spiral like the numerous NFT marketplace that came before it.

OlympusDAO has been suffering huge downward price action over the past week. This was largely due to an $OHM leader that dumped US$11 million worth of $OHM tokens.

The dumping resulted in 25% slippage and US$5 million in liquidations. It wiped off around US$600 million in market value.

$OHM forks have similarly suffered the same fate, with the top few forks down 40-70%. Wonderland, an Avalanche-based fork was not spared as it dropped over 40%.

Prices of $OHM has already been in a downwards trend weeks before the nuke. Unless the team have an ace up their sleeves to reverse the downtrend, this event only accelerates its demise.

Avalanche is growing with a net inflow of over US$300 million in 3 days.

This week has been a rollercoaster ride with many ups and downs. The biggest news that shocked Crypto Twitter is still the $OHM bloodbath where it started a chain reaction that caused many $OHM forks to get nuked.

On the bright side, crypto has become so huge that internet giant Google has decided to push crypto into its payment platform.

This is a massive step for crypto as it slowly progresses to be a core aspect of the financial system.

Also read: Will Crypto Adoption Be Inevitable? Here Are Some 2022 Predictions For The Crypto Space