What Is LooksRare? How This OpenSea Rival Became An Overnight Sensation 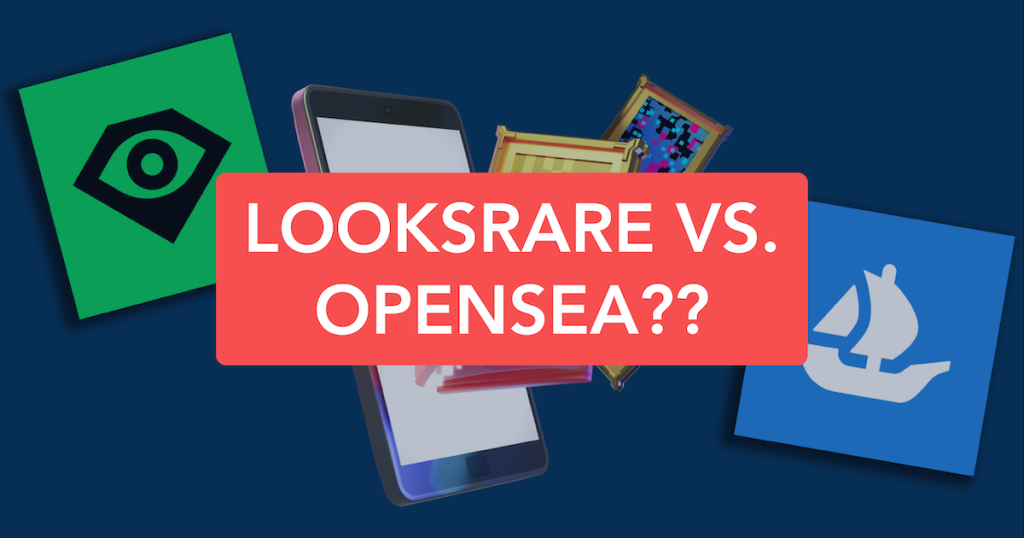 Non-Fungible Token or NFT was the biggest buzzword of 2021, and exploded in popularity, amassing over US$24 billion in sales.

Crypto enthusiasts rushed to buy art that aligned with their digital identities — a number of NFTs collections went viral like the CryptoPunks and Bored Ape Yacht Club (BAYC).

LooksRare is currently the hype and it has been all over social media. Let’s get to the point, so what is LooksRare?

It positions itself as OpenSea direct competitor with a few attractive features to pull users to its platform. Following its official launch on January 10, the NFT marketplace’s daily volume already exceeded US$394 million.

Built on the Ethereum blockchain, LooksRare allows participants to trade Ethereum NFTs that are available on OpenSea.

If we do a side by side comparison to the largest NFT marketplace OpenSea, its fee on basic sales is only 2% which is 20% lower than OpenSea’s fee. What’s even better is that there are zero fees on private sales.

Being a community-orientated project, 100% of the revenue generated are distributed to $LOOKS stakers. The team do not get any revenue directly from the project. They are only rewarded if the project starts doing well.

Unlike OpenSea where NFT creators and collection owners have to wait weeks to claim royalties, LooksRare pays it instantly once the NFT is traded.

All DeFi OG should know the infamous vampire attack SushiSwap used that shocked UniSwap to the core. In less than a week, SushiSwap was able to attract over US$1 billion in liquidity by offering attractive incentives.

LooksRare airdrop looks similar to the vampire attack but instead of attracting liquidity providers, it is attracting the active NFT community.

$LOOKS airdrop targets active OpenSea members with at least 3 ETH trading volumes within a 6-month period. Users with more trading volume would get more airdrop based on the tier system.

Now that it has gotten the attention it needs, it uses attractive incentives to encourage trading on its platform.

When a collection hit 1000 ETH trading volume, the collection will be eligible for trading rewards. Any participant who trades NFT from eligible collections would earn $LOOKS token. This would essentially promote LooksRare marketplace liquidity.

Here is a comparison between LooksRare and OpenSea. The three metrics used to compare are daily volume, daily users and daily transactions.

Compared to OpenSea, LookRare is falling behind in both number of users and number of transactions. But LooksRare is ahead by leap and bound in trading volume.

This showed that even though the number of users is low, there are a number of whales trading the top NFT collection on LooksRare.

While the number of users and number of transactions is useful as a technical metric, it doesn’t measure how the project is performing financially.

In theory, the number of users would grow over time and it would not be long before LooksRare take over OpenSea as the number one NFT marketplace.

While the platform seems to be doing well, it is important to keep in mind that LooksRare has yet to publish any official audit.

When it comes to smart contracts, it is better to be safe than sorry as many unaudited protocols have lost millions in exploits.

Furthermore, LooksRare’s Github page has no public repositories. Their codes are hidden from public view which is also a red flag as users have no way to validate the security of the site.

In a nutshell, LooksRare is still in the infancy stage and still need some time to see how things play out. While being a relatively new project, it gain a lot of traction and archived a huge feat as it surpasses OpenSea in trading volume. It is a very promising project with huge upside but there are still risks involved as it is an unaudited project.

Also Read: What Is Cyber Galz NFT And Why You Should Pay Attention To It